Watching a baby take in every aspect of his or her surroundings with curiosity and awe is wonderful, delightful and inspiring. The capacity to learn is almost infinite. Their laughter is contagious and when they are upset they show it. They are completely connected to what is right in front of them. As they age, their imagination takes off and children know how to truly play. But this energy doesn’t seem to be sustainable for most of us. What happens? 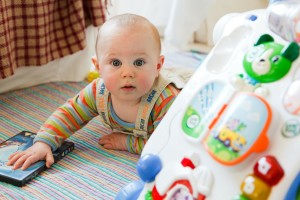 Most babies feel safe and nurtured. They are protected from the realities of competing for resources to stay alive. They are free to explore, observe and learn. But all living creatures need anxiety and fear to avoid physical threats and obtain their basic needs. At some tipping point a child is exposed to this reality and life begins to change. The endless curiosity becomes encroached upon by survival needs. A major problem that humans have is consciousness. We have the same survival neuro-chemical response to many perceived threats that simply don’t exist. Our thoughts torment us and we can’t escape them. Unpleasant thoughts often become stronger with age and repetition and we develop “stories” about us and our life that seem real to us. We become trapped by them and there doesn’t seem to be a way out. Even if we are physically safe we are not safe from our thoughts.

The pursuit of happiness

So we do the only thing that seems logical, which is to live a life of “pursuing happiness”. It isn’t working well. In the midst of unprecedented opportunity, we are still dealing a lot of societal angst in the form of chronic pain, many forms of addiction, adult and teen suicide, bipolar disorders, depression, eating disorders, cutting, and bullying.

We pursue money, power, position, accomplishments, prestige, enlightenment, vocations and careers. The problem is that you are placing your peace of mind at the mercy of others’ opinions and surrounding circumstances; most of which you have little control over. Additionally, you are using conscious means to deal with the unconscious survival brain, which is estimated to be one million times stronger. It is a gross mismatch.

One of the most common pursuits is “winning.” Somehow, if we win something and have our name memorialized, that will squelch our internal demons. Intellectually, we know better. We have all witnessed the trials and tribulations of high-profile public figures who did have everything beyond comprehension. I was surprised to learn that Judy Garland struggled with addiction issues. I was a Michael Jackson fan and it was painful to watch him also slide into addiction. Robin Williams was a huge inspiration for me when I was in the depths of my own Abyss. I am in awe of anyone who has a wit that quick with his range of talent. We all know the stories of many lottery winners whose lives became undone after the windfall.

The need to win is a problem. First of all, only a few can do it. Second, winning at costs seems to becoming the norm. It is disturbing to watch the politicians fight over issues based on party lines instead of doing their job of serving their constituents and running the government. In the legal world, prosecutors will withhold evidence that would clear the defendant in order to “win the case.” A person’s life is completely destroyed because of that attorney’s need to win. The practice is common enough that there are laws punishing this behavior. 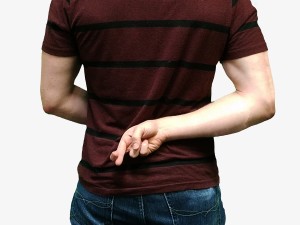 Third, a core problem blocking us from happiness is anxiety and anger. When a good part of your life’s energy is spent battling these feelings and emotions, it is difficult to relax. The need to win creates even more anxiety, not less. The expectations placed on us, especially the children and teens are enormous and mostly impossible to meet. The anxiety is relentless.

This week’s Time magazine cover was titled, “How Kid Sports Turned Pro”. It describes the tremendous pressure experienced by families dealing with the demands and costs associated with creating a high-level athlete. There was one key paragraph that caught my attention. “According to the American Academy of Pediatrics, ‘burnout, anxiety, depression and attrition are increased in early specializers.’ The group says delaying specialization in most cases until late adolescence increases the likelihood of athletic success. (1)

Finally, when you achieve success, there is even more anxiety. How much success do you need? When is it going to end and you’ll crash? I was surprised to learn during my Hoffman workshop that I had much more anxiety when things were going well. I was raised in a chaotic household and when my mother was calm, we never knew what would set her off. We did not know how to relax or enjoy the moments of calm. If you are a golfer, you know that the stress of the round increases if you are having “the round of your life.”

The bottom line is that you are not going to find your peace of mind using external circumstances to calm yourself. There are many ways to connect with who you are and enjoy life. Whatever approach you use has to first involve disconnecting from these survival reactions and THEN re-directing your attention. The sequence is awareness, separation, and reprogramming. If you try to skip the first two steps, you will be fighting a losing battle. In Stage 1 of the book and website, the expressive writing accomplishes awareness and separation and the active meditation is a method of reprogramming. In Stage 2, forgiveness is a more complex way of creating awareness and separation.

Winning is fine and to be commended. It just can’t be confused with attaining peace of mind, especially if the winning is at the expense of others. I get to win every day with patients and surgeries going well. I greatly enjoy it and I hate it when things don’t go as planned. But I have noticed that if I spend my energy congratulating myself and “keeping score”, it greatly diminishes the experience. Instead, I concentrate on every patient and every move of each surgery. I use the tools that I have presented in my book daily. My successes don’t quell my anxiety. It is by consciously calming down and staying connected to what is immediately in front of me that allows me to enjoy my life.

My friend, David Elaimy, who is a performance coach and I worked with my son, Nick and one of his best friends, Holt to optimize their performance under pressure. They were national level mogul freestyle skiers. They were consumed with winning and dedicated a significant part of their lives to attaining a gold medal. We kept telling both of them how winning was over-rated and to work more on enjoying the process. Holt won the National US Freestyle National Championship in 2007 in Park City, Utah. It was a great moment and one of the more remarkable accomplishments you will see under extreme circumstances. However, at breakfast the next morning he said, “You were right. Winning doesn’t change the fact that you have to get up the next day and continue to live your life.” To both of their credits, they have learned to enjoy the journey. Nick’s winning run – off the hill

I have been as driven as anyone in using achievements to attain happiness. It was a disaster. About five or six years ago I realized that although pain pathways are permanent, so are play pathways. I made a decision to remove the labels of “work” and “play” and focus on experiencing all of it. This approach doesn’t mean that I have to like adversity. No one is asking you to enjoy your pain. But as you nurture your sense of play, you’ll shift off of your pain circuits and your life will change.

Play – better with others

Play is a powerful force directing your consciousness to a pain-free existence. You already have that capacity within you. You just have to re-connect with yourself. You spent a good part of the first five years of your life learning play. Even if you were raised in a rough environment, it’s there. I don’t’ remember much play with my family and I had essentially no friends during that phase of my life. I still built models, climbed trees and played with our pets. Play is an inherent part of our existence. At the workshops that we have held at the Omega Institute in Rhinebeck, NY, we discovered that the key to people’s healing was to create a safe environment where the participants could share enjoyable experiences with others. We felt like we were in a giant sandbox and were able to relax and laugh. A common comment was, “We felt like we just spent a weekend at a summer camp.” We held a similar workshop in Seattle were excited and inspired with the healing that occurred in the group setting. 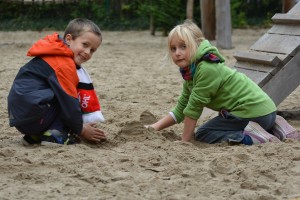 “Winning” is not the best answer to a successful life. Wake the fun up!!