Relentless untreated anxiety is the core driver of destructive human behavior. Anxiety is simply the sensation generated by your body’s stress chemicals in response to a mental or physical threat. It is not primarily a psychological issue and is the mechanism that permits survival of any living creature. Species that didn’t or couldn’t take action to quell the threat, didn’t survive. So in addition to “survival of the fittest,” we are also the evolution of “survival of the most anxious.” We hate feeling anxious and will do anything, at all costs, to resolve or avoid this feeling. 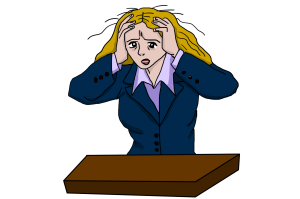 It turns out in recent neuroscience research that thoughts are also sensory inputs that create the same bodily responses as other physical sensations. Pleasant input yields reward chemicals and a feeling of contentment. Unpleasant input stimulates stress hormones and you’ll feel anxious. What you’re experiencing is the body’s chemical surges. The problem with human consciousness is that you cannot escape your thoughts. They will progressively become stronger over your lifetime regardless of your defense mechanisms – unless you address them correctly.

One of the “solutions” for anxiety, or rather the normal response to it, is control. The reaction to a threat is to control the situation or your response in order to resolve it. So, all the players in this game are focused on gaining more control, which means that more power is desirable. So what we call “socialization” is simply a massive power struggle. This set of behaviors continues to play out in adulthood with horrendous results. Why would these early patterns change even though we intellectually know that love, peace and compassion are better principles by which to live our lives? Because these survival behaviors are part of the unconscious brain and are about a million times stronger than the conscious brain. Anxiety basics

Anger is anxiety with a chemical kick

When you lose control or are trapped by anything, including your thoughts you will become angry. Anger = loss of control It is the body’s survival response to elevate the stress chemicals that will improve your chances of solving a problem. Since we cannot escape our thoughts, we are all under an endless adrenaline/ cortisol / histamine assault. These sustained levels of stress chemicals affect every cell in the body and translate into many different physical symptoms. You’ll eventually become physically ill. Mental or physical health – which is more critical?

The patterns of behavior are established on the school ground and play out through adulthood. Every child has anxiety with it being more of a problem if he or she is from an abusive family. Aced Out They are thrown into the school system without any awareness what it is or how to process it. Then they are taught that having more self-esteem is a desirable trait – except that it isn’t. Achieving self-esteem now means that your self-worth is dependent on the approval of others who are also searching for an identity. You are also trying to utilize conscious means to solve a problem that originates in the powerful unconscious brain. It’s a mismatch and is an endless deadly loop. The myth of self-esteem

The need for power and control

Bullying is one of the earliest individual manifestations of the need to gain power to deal with anxiety. There’s even a physiological reward for being a bully. It has been shown that children who are bullied have an elevated C-reactive protein compared to those who haven’t been bullied. This is a marker of inflammation and high levels are associated with many disease states. What I find particularly disturbing is that the bullies had significantly lower levels of these markers. (1) Power has its rewards. School or prison – what is the difference? Bullying

What is even more problematic is the cultural effect of untreated anxiety / anger has on the human condition. Human history is one of unending power struggles and violence. People in power use fear to subjugate other people. This occurs in families, at work and at a societal level. It is the history of the human existence. For example, it has been the custom of nations to systematically torture conquered populations as the first act of rule. Do you think this is outdated and irrelevant? Seattle has a remarkable center that treats the survivors of torture from around the world. Their data shows that there are still over 118 nations that utilize political torture. 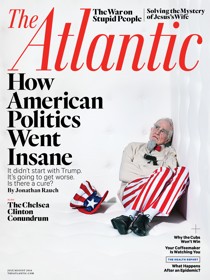 Although statistics show that the world has less violence than it ever has, it’s still pretty awful and seems to be getting worse. The basic power struggle at the individual and collective level hasn’t changed. We are also headed down a dangerous path in that teen anxiety / chronic pain has gone up over 800% in a decade. Many people in their late teens, twenties and early thirties are suffering from crippling anxiety. I’m seeing this play out in my office every week. They are also angry, reactive and often not open to new ideas. This group is headed into taking charge in their family and workplace with a large percent lacking resilience skills. I am seeing many buckle quickly and also am seeing a disturbing trend of workers being bullied by managers.

We have to get this right – and soon. Every person has anxiety, whether they feel connected to it or not. Instead of relaxing and enjoying the incredible comforts of living in this modern era we are becoming more reactive and angry (destructive).

Although psychology has a role in dealing with anxiety, the current paradigm of addressing it can’t work and it isn’t working. If anxiety is the survival sensation created by your body’s stress chemicals, the correct approach is to use tools to decrease these hormones. Psychology has to be combined with these other strategies. There are numerous effective ways of accomplishing this and these form the essence of the DOC process.

Implementing methods to regulate the body’s stress chemicals are simple and could be taught in school starting as early as pre-school. This would decrease the need for more power and creativity could flourish. Consider the impact of treating this as a public health issue and teaching how to effectively calm down the nervous as a part of the basic school curriculum.

Untreated anxiety is the most important public health issue on our planet. It’s the root cause of destructive behavior. Our human survival will depend on us addressing it correctly as a neurochemical survival response. We do have the knowledge and means to accomplish this task.

Listen to the Back in Control Radio podcast Societal Disintegration – Untreated Anxiety.