Many people suffering from chronic pain are socially isolated. When you are trapped in pain you have a difficult time reaching out. Others do not necessarily want to interact with angry people. The problem becomes greatly magnified in that it has been shown that social rejection shares the same neurological circuits in the brain as chronic physical pain. (1) Not a great situation. 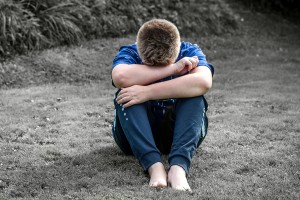 10 years in a wheelchair

Jane, a woman in her early 60s, was exactly such a patient. She’d lived with severe scoliosis all her life. Then, in 2001, she was rear-ended while driving, and the following year, she had a bad fall while grocery shopping. By the time she came to see me, she had severe pain everywhere. She’d been using an electric wheelchair for nearly a decade. She was taking over 200 mg of morphine per day and high doses of anti-anxiety drugs.

When I examined her, she was tilted forward and to the left, barely able to stand. Her spinal curve was severe enough that I recommended surgery but I warned her that the treatment had a high rate of complication.  Because of this, it was unsafe to do the operation until her medications were stabilized, her pain significantly diminished, and she was more mobile. The term we use is “prehab” or rehabilitation before surgery to optimize the outcome.

I gave her my book, Back in Control and referred her to a colleague to coordinate her care. She was not that interested and they mutually agreed to not continue care. Eight months passed and I saw her on my schedule. I was curious because I knew the size of her curve and the severity of her pain. High-dose narcotics makes it all the more difficult because they sensitize the nervous system. I did not have high expectations…

Out of the wheelchair

I was shocked when I walked into the room and there was no wheelchair, walker, or cane. She was standing up to greet me. She was off all of her medications, had no pain, and was working out in the gym three times per week. She was animated, smiling, and engaging. I ended up an hour behind in schedule, as I wanted to find out what had turned her life around.

Jane admitted that she had spent the last 10 years sitting alone in her house stewing over all the wrongs that had been done to her. She only went out when necessary. After understanding the linkage between anger and the pain pathways, she decided to forgive. She forgave her ex-husband, the person driving the car that had hit her, the people involved in her legal battle, and the medical system that had not helped her. This process took several months to work through – but within weeks of doing so, her pain began to abate.  She still had scoliosis but as her pain diminished, she stopped stooping over protectively to guard her back. She now could stand up straight and tall.

Forgiveness researchers, such as Dr. Fred Luskin, have shown how rumination and anger influence central and autonomic nervous system function and impair functioning of the hypothalamic-pituitary adrenal cortical axis (stress system). While forgiveness is seen as a coping mechanism that helps to relieve the stress of anger, it also has direct and indirect effects on health and nervous and endocrine function.

It has been my position that anxiety-induced anger is the driver of chronic pain. The manifestations of unrelenting anger are profound and one of them is becoming socially isolated. Now you have all the time in the world to think about your pain and all the ways you have been treated badly. You body is full of adrenaline, which decreases the blood supply to the frontal lobe (thinking area) of your brain. Indeed, it is well-documented that patients’ brains shrink in the presence of chronic pain. Between the adrenaline and not using the creative part of your brain, that would make sense. Fortunately, your brain will re-expand with resolution of the pain. (2) Anxiety, anger and adrenaline 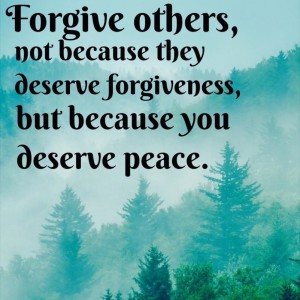 Besides moving too fast, our modern societal structure does not encourage us to interact with each other in a meaningful way. I read a US News & World Report article several years ago, which reported that the average number of close friends that person in the US had was 2.2. That means that many people have essentially no close friends.

I am a pretty social person but when I was in the midst of my own burnout I became isolated. It wasn’t that there weren’t people around. I had so many intensely negative thoughts about myself whirling around in my head that I couldn’t believe that anyone would want to hang out with me. The loneliness was crushing. When I arrived back in Seattle in 2003, a close friend invited me over for a barbeque and I was shocked. I have not forgotten that day and it was the beginning of my re-entering life.

People being with people

We have held three five-day Omega workshops and this year we will be putting on a weekend seminar with Dr. Bernie Siegel, author of Love, Medicine, and Miracles. My priority was to create a safe environment where people could be with other people and share experiences. One of the most effective ways to re-connect is play and as people began to relax and laugh their pain would disappear. Of course it, returned when they returned to the real world and their triggers. But most of the participants learned the skills to consistently remain out of pain. The more satisfying aspect of the process though was that as the pain abated many re-engaged with their lives in a much more powerful way. Play

As we presented our material throughout the week, I realized that we did not have to do much. It was the participants being with other people that created healing. It was remarkable. Dr. Louis Cozolino wrote an exhaustive review in his book, The Neuroscience of Human Relationships. (3) He points out that humans evolved by interacting with other humans. Therefore, the consequences of becoming isolated are consistent and often severe. Studies out of Australia have shown that there are damaging mental health effects when workers become disabled and out of the workflow of the day. Sitting around the house without a sense of purpose is not a great way to thrive. (4)

One of the first Omega participants sent me this video link. She experienced profound healing after being in pain for over 35 years and has been a true inspiration. TED talk: Our lonely society makes it hard to come home from war

This Fox segment was filmed with another one of our Omega participants. She has a great story amongst many others. We never anticipated the power of people healing people.  Video: Write your way out of pain

Jane was in a wheelchair for over 10 years and on high dose narcotics with a severe spinal deformity. It was by her working past her anger, getting out of the house and re-connecting with her friends did she heal. No medical treatment can replicate the power of the body to heal itself. Anger disconnects – play connects.