Becoming socially isolated often occurs when suffering in pain. Additionally, the area of the brain that lights up is similar to the same circuits that are active in chronic pain. The effects of being isolated will play off of each other and you can spiral downward quickly.

There is an even more destructive aspect of it that has been looked at in numerous research papers – loneliness. Most of the data I will be quoting is from a government-sponsored review, “Loneliness Matters: A Theoretical and Empirical Review of Consequences and Mechanisms”. (1) 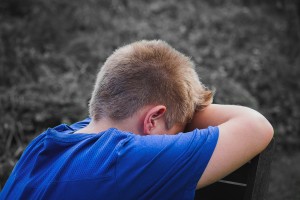 The first point of the article is that loneliness is a “perceived social isolation” and social people can still feel isolated and many can live solitary lives and feel quite content. They define loneliness as, “……. a distressing feeling that accompanies the perception that one’s social needs are not being met by the quantity or especially the quality of one’s social relationships.”

What caught my attention was “the quality of the social relationships.” There are many social consequences of suffering from chronic pain. One of them is feeling trapped and frustrated. It is difficult to be aware of other’s needs when you are upset, which is the essence of relationship building. You will also attract people with a similar energy and patients in chronic pain often spend a lot of their time talking about their pain. First of all, your pain is not that interesting to other people and those that you might want to spend more time with will gradually wander out of your life. Secondly, the ones who remain with you wallowing in your misery will help keep you in your misery. Third, my wife and I have saying that, “Anger isn’t attractive.” I wish it were a joke. The problem really is that I can only see it from my perspective and cannot really see how I appear when I am upset. (I am sure it can’t be that bad………). Finally, while you are angry creates a scenario for abuse. I have written many posts on this topic. You get the idea. Chronic pain has a high chance of creating or increasing loneliness with severe consequences. They include:

I am cutting this list short. There did not seem to be an end to it and the physical symptoms are so similar to those being produced in chronic pain with the body’s sustained levels of adrenaline and cortisol. Which is first – the loneliness or pain? Not sure it matters, as the solution is the same.

The DOC (Direct your Own Care) process allows the patient to understand the parts of their chronic pain so as to eventually solve it. It must be implemented by the patient. Most of the process is self-directed and addresses some of the blocks to social interactions, which includes a hyper-vigilant nervous system. But it goes both ways in that I have noticed for a while that part of many of my patients’ healing is re-connecting with family and friends.

When I was given the opportunity of hold another workshop at the Omega Institute this summer, I realized that we could add another dimension to the healing process – feeling the healing power of others. I have seen that once your brain connects with part of you that knows peace, love, joy and connection you will instinctively learn the (your) way to return to it. The Way to Love

The Omega Institute is a well-known retreat center in Upstate New York. We have witnessed many remarkable turnarounds in participant’s pain and quality of life during three prior five-day workshops we had held in 2013 – 15. This year we were asked to hold a weekend session beginning Friday evening, Saturday, including the evening, and ending Sunday at noon. We weren’t sure what could be accomplished in such a short period of time. It turned out to be as powerful as any of the others.

Since time was limited, we stayed focused on accomplishing one goal; that was to create an environment where people could feel safe, relax and share the experience with others. Somewhat surprisingly, that atmosphere was created within the first hour. Maybe one of the reasons was we all knew time was short, people had traveled from all over the world and they were ready to fully engage.

The small groups immediately got to know each other and I had to “break them up” to get on with the evening. When I announced the ground rule of not discussing pain the room went silent.  Not only were they not to discuss their pain this weekend, they were never to discuss it with anyone ever again. They could write it down. We did have the room do the expressive writing for five minutes and we collected the torn up pieces of paper.

The weekend included lectures on the nature of chronic pain, structured conversations, rhythm, “The Cup Song”, mindfulness, drawing, sharing, and support. The details are not important but the group’s commitment to each other to creating a safe place was remarkable and we did it – in a weekend!! I think that all of were surprised (shocked) how enjoyable it was.

Comments from the class

“I’m still high from the weekend at Omega. And off all pain meds (even Advil) after 10 years on opioids…………..    Interesting how the class responded to my hooping. I can see Babs and Jaz doing a session, maybe a half-hour?  What do you think? Neuroplasticity, endorphins, fun!  Whether people catch on right away or not, laughter will be a result.  It could take practice, just like learning the cup song.  And for any resistant males, emphasize that it will improve their sex lives!”

“The program has been enormously helpful and I can only conclude that it’s helping me to live in a more authentic way, which I feel makes my unconscious happy! I think when you have an abusive parent you have to suppress your feelings so much that suppression, avoidance and denial become your coping mechanisms. But as you know, it’s no way to live your life.

It’s possible I may still need surgery eventually, but if so, I feel that thanks to following the program, I’d be able to do it in a conscious and aware manner. Before, I felt very strongly that It would be a mistake.”

“………….  My family and co-workers are amazed at my progress. I am especially committed to no longer talking about my pain and to writing on a regular basis. I am getting (have gotten) my life back!”

Several commented, “I feel like I just spent a weekend away at camp.”

You can’t outrun your pain

I don’t want to give you the impression that we were just trying to have a good time to distract ourselves from pain. The atmosphere was created by people taking risks and being vulnerable. I was relentless in pointing out that you cannot run from your pain or even solve it. In fact, the goal of the DOC process is to not get rid of your pain. It is to live a full life with your pain and only then will it begin to lose its power. I challenged them to live their life now – this weekend with pain. The connections that were made were clear and deep. There is no other way to move through your pain. It is the same pathway you will use to re-connect with yourself. The ring of fire 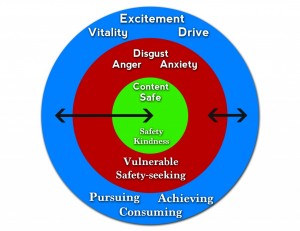 Tasting freedom from pain is powerful. Every cell in your body is created to survive and thrive. If you allow yourself to be open to possibilities, it is a matter of time before you find your way to healing. 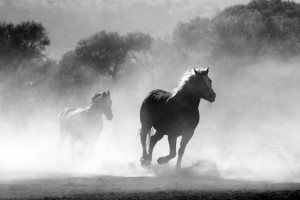