This is the part of the DOC project that dramatically changed when I became more aware of the role of forgiveness in solving chronic pain. When the book, Forgive for Good became part of this process is when I began to witness patients consistently become pain free. Thoughts are always linked to other thoughts, physical sensations, or circumstances. The link between chronic pain and anger is intense.  I will first make a few comments regarding what I have observed does not work.

All of us already know that forgiveness is important. It is so important that we will suppress or deny that we are angry and/or we have “let it go”. I only know in retrospect that my past forgiveness was a form of denial. 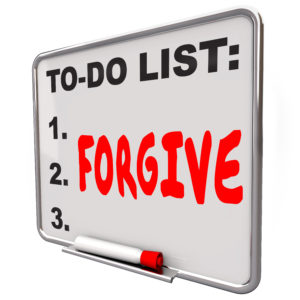 As I will point later, a deep spiritual connection to yourself and a higher power is critical to your healing. Many of my patients have had great success with the support of their religious leaders and fellow believers. A genuine deep faith is powerful. However, any religious belief system that is critical of one’s self or others is incredibly damaging. I have not been able to reason with patients with this mind-set, and I have learned to let to quickly.

Forgive for Good was written by Dr. Fred Luskin out of Stanford University. He has conducted four major research projects on forgiveness. You will learn the true nature forgiveness. It is the one biggest gift you can give to yourself.