Chronic pain has traditionally been defined as, “pain that lasted longer than the expected healing time.” We now know that this is incorrect. It is a neurophysiological problem. Based on current neuroscience research, chronic pain is, “…an embedded memory that becomes associated with more and more life experiences, and the memory cannot be erased.”1 Therefore, interventions focused primarily on anatomy and structure cannot and will not work. As in any arena of life, it is necessary to thoroughly  understand a problem before you can solve it.

Chronic pain is a complex disorder

There are many factors that affect your perception of pain, and The DOC Journey systematically presents the variables and tools to deal with them. The skills are not difficult, but it requires learning and repetition to master them. What doesn’t and hasn’t worked is applying random simplistic treatments to the complexity of chronic pain. An important early step is learning how chronic pain evolves. Aspects of it to consider are:

3) Memorization of the pain circuits

Much pain originates from anatomical abnormalities that are clearly identifiable on an imaging study. For the lesion to be considered a structural source of pain, the symptoms must be specific and correlate with the expected pattern of pain. For example, back pain is widespread, and a localized abnormality would not be expected to cause this pattern of pain. This contrasts with a pinched nerve from a bone spur that causes pain only in the pathway of that nerve.

Non-structural pain is defined as pain arising from soft tissues, such as tendons and ligaments, and testing cannot identify the source. For example, shoulder pain can be created from irritation from the tissues around the rotator cuff and imaging tests are usually unrevealing. Pain can also be caused by a torn rotator cuff, which is easily seen on an MRI – and that would be a structural issue.

Both structural and non-structural sources of pain can be effectively treated with various surgical and non-operative treatments. But most chronic symptoms in your body are caused by sustained exposure to stress hormones, elevated metabolism (fuel consumption), and inflammation. It is the neurochemical makeup created by your body’s flight or fight response to threats. There is never an identifiable source of pain, as your physiology (your body’s function) changes every second.

Environmental cues of threat set off a defensive response. Immediately, before you are even aware, your immune system girds for the possibility of injury by initiating inflammation (to protect cells against bacterial or other invasion), elevates metabolism to provide fuel for defense, increases the speed of nerve conduction–which increases your alertness but also your pain sensitivity, and elevates the levels stress hormones (cortisol, adrenaline, noradrenaline, histamines). Much of this defensive state is modulated by small signaling proteins called inflammatory cytokines. 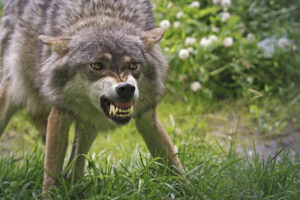 So how do you think you feel when you are in this physiological state? Your heart is racing, you are sweaty, tired, anxious, overwhelmed, nervous, stomach feels tight, blood pressure is elevated, pain is worse, and your breathing is rapid. The bottom line is that you don’t feel great when your body is in this heightened neurochemical state. Are these symptoms imaginary? Not a chance. None of them.

When your brain is hammered week after week, month after month, and sometimes year after year with the same pain impulses, it becomes efficient in processing them. It takes less of an impulse from your back to elicit the same response in the brain. The same impulse causes more neurons in the brain to fire. It is this process that causes patients to complain that their pain is getting much worse despite no additional trauma.

This phenomenon was clearly documented in a clinical study done in 2004.2 Volunteers who had no experience with chronic pain had a light pressure applied to a finger. The researchers measured the response in the brain with an MRI that can track metabolic activity. It is called a “functional MRI (fMRI).” They consistently identified one small area of the brain that responded to this pressure. The same pressure stimulus was then applied to patients who were experiencing chronic pain. There were two chronic pain groups: one consisted of people with chronic LBP of more than three months; the other consisted of people who suffered from fibromyalgia. In both groups, five areas of the brain lit up. Although the fibromyalgia group experienced more diffuse body pain, anxiety, and depression than the CLBP group, the fMRI scan data was almost identical. This carefully done study documents clearly how the brain becomes sensitized to repetitive impulses.

Pain circuits become etched into your nervous system with repetition. The process is like an athlete, artist, or musician learning a skill. However, the frequency of chronic pain impulses is more like a machine gun. These circuits have been documented by dynamic brain imaging to become deeply embedded within six to twelve months.3 Similar to knowing how to ride a bicycle, they are permanent.

A classic example of this is “phantom limb” pain. It occurs in patients who require an amputation, usually because blood supply to the limb is compromised by vascular disease. Common causes are diabetes or atherosclerosis, when there is not enough blood to sustain viability to the limb. Prior to the amputation, lack of oxygen causes the limb to become very painful. After the limb is removed, up to 60% of patients feel the pain as though the limb were still there.  Almost 40% of sufferers characterize the pain as anywhere from distressing to even more severe than before.4 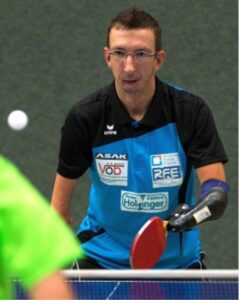 There is not a more definitive operation than removing the entire source of the pain by performing an amputation. The nervous system does not even know the leg is gone, and it still feels the same sensations and pain. From those of us who have the visual experience of performing these amputations, this is a dramatic example of the power of the nervous system. It is also a reminder that the brain also is an extremely complex sophisticated computer, which is programmable. “Reprogramming” requires specific skills that are not difficult to master and persistence. What doesn’t work is positive thinking and will power.

Anxiety, anger, and sleep are all factors in the chronic pain experience. They will be each discussed in detail throughout this guided course of The DOC Journey.

The sum of all these elevated stress hormones/ inflammatory markers is a strong unpleasant feeling that compels us to take action to resolve the threat. All animals experience this heightened state, but humans have language and consciousness. We can label it. This feeling of dread is what we call anxiety. It is so deep and uncomfortable that there is no choice but to act. Once the threat is gone/resolved and the body is back in balance (homeostasis), you can go on with your life.

Anxiety describes the cumulative sensation caused by threat. It is not the cause of a threat. It is a symptom, not a diagnosis, disease, or disorder. Therefore, it isn’t treatable by addressing it as the primary psychological problem.

Anger describes the feelings generated by a more intense survival response. The solution to anxiety is to control you or the situation to resolve the threat. When you cannot accomplish this, your body kicks into a stronger survival response to increase the odds of survival. Anger is anxiety with an extra kick. They are the same entity. Both reactions sensitize the nervous system, increase the speed of nerve conduction and you will experience more pain.

When this sustained state of high alert is sustained, it has negative effects on your health, resulting in a variety of chronic physical and mental diseases. Each organ system will uniquely respond to this heighted physiological state, and it is why so many different symptoms and diseases are possible. 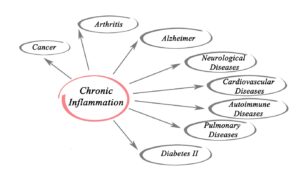 Sleep is a major factor affecting your perception of pain. Lack of consistently restful sleep has been shown to CAUSE chronic low back pain and not the other way around.5 There is a higher correlation of insomnia with disability than the severity of pain.6 Lack of sleep is inflammatory and increases pain. Insomnia is addressed early in the course and is addressed as a separate issue from the pain. Getting a consistently restful night’s sleep is a concrete step in allowing other tools to be effective. Conversely, it is difficult to move forward without adequate sleep.

Understanding the evolution and complexity of chronic pain is an important step in approaching it with a dynamic multi-pronged self-directed approach. The source of pain can be 1) structural 2) non-structural 3) in response to your body’s chemical makeup (threat physiology). Over time your nervous system becomes sensitized to pain impulses, and then they become permanently memorized. When you add in the “modifiers” of poor sleep, anxiety, and anger, life becomes truly miserable. It is also clear that the complex nature of it explains why simplistic treatments focused on symptoms cannot work.