It is critical to understand how deeply negative anxiety-producing thoughts are etched into your nervous system. A 1987 Harvard experiment (1) documented that when you suppress unpleasant thoughts, they become more powerful. Unfortunately, they documented a trampoline effect in that they become much stronger.

Disturbing thoughts are universal. When you have a bizarre, even unspeakable thought, of course you would suppress it. Why wouldn’t you?  It has nothing to do with anything about you or your value system. Then, as it arises again and again, it is instantly suppressed.  Eventually the suppression of the thought is automatic. Seems pretty normal, right? Except what happened is that your nervous system inadvertently gave this random thought a tremendous amount of power. Every time that thought is suppressed, that neurological circuit has been reinforced. Over many years, this circuit becomes much stronger and becomes connected with more experiences. (2) Eventually, you may consciously or unconsciously end up spending a lot of mental energy dealing with this anxiety-producing, disruptive thought(s). As you have less success in controlling the ever-increasing and powerful thoughts, you will probably become frustrated, which drives the circuits even harder. 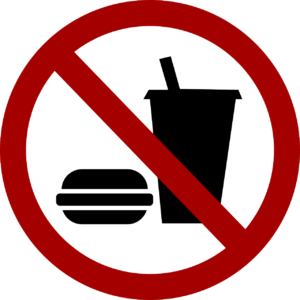 Another variation of this phenomenon is the development of obsessive thought patterns around “forbidden activities or topics.” (3) Just inadvertent  curiosity will stimulate barrages of thoughts. What is perverse is that it is the more well-intentioned person who is more subject to this sequence. This programming process is similar to an accomplished musician or artist learning their skill. It requires years of repetition to reach the highest level. Disruptive thoughts hit the nervous system like a machine gun without an endpoint.

Your reality – your thoughts

You might ask what is the big deal? These are just thoughts. Neuroscience research has demonstrated that thoughts are your version of reality, similar to learning a cat is a cat. Your brain has to unscramble sensory input from all receptors every second to define anything. Your eyes have no capacity to interpret anything. For example, if a person suffers a stroke of the occipital lobe at the back of the brain, they can’t see even though every other component of the visual system is functioning. The term is “cortical blindness.” This is true for all sensations. To develop consciousness, your nervous system has to interpret words, body language, tone of voice, visual cues, etc. for every thought to decide where it fits and what it means. Thoughts and concepts are embedded in the same way as physical reality. We are programmed by our past and the lens through which we interpret the present. As disruptive thoughts strengthen with repetition, they even become associated with physical reactions making them even more “real.” Every human has to deal with this problem of consciousness at some level. It is often overwhelming efforts to escape result in many untoward behaviors and acting out.

These disruptive thoughts become your “demons.” They are not your demons. They are irrational, non-responsive neurological patterns that I call “robots”. You cannot deal with a robot. You cannot talk to it or reason with it. There is absolutely nothing that can be done from a rational standpoint to change an unresponsive neurological pathway. In fact, when you discuss your demons and try to figure out why they are there, you are firing up and adding complexity to the circuits. They become even stronger and you can’t unlearn them. How do you “unlearn” to ride a bike? You can’t. 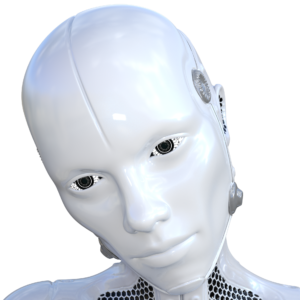 It’s almost surreal that we spend so much time and energy trying to contain and deal with our demons. Not only are they not who we are, they are the opposite of who we are.  Otherwise, we would not have suppressed the thoughts in the first place. It is like changing the oil in your car when your radiator is leaking. Eventually, you are just worn down. The other consequence of this relentless repetition of unpleasant thoughts is that your body is responding with stress chemicals, which affects every cell in your body. People become ill.

A common example is that of a body image disorder. It is my contention that every person has some level of body image issues and at some tipping point they may become disruptive. Consider that there is always some aspect of your body that you don’t like. Usually it is a minimal issue that is “not a big deal”. Why even think about it? Except you live in your body and there is no escape from that tiny thought. By tossing the thought aside, you just gave it attention and it will grow and continue to do so every time the thought arises. It is also why some of the most beautiful people on the planet may suffer more than the average person because their attention is on their appearance. 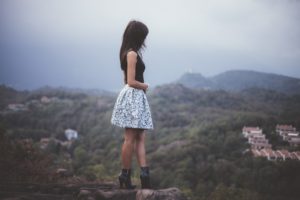 The first step in dealing with all of this is understanding the nature of the problem. These “demons” are as real to you as the chair you are sitting on. They create tremendous anxiety, which is frequently intolerable. Anxiety is not primarily psychological. It is measure of your stress chemicals and intended to create a deep feeling of dread to compel you to take action to solve a given threat. When you can’t escape the “threat”, life can be pretty miserable. It is critical to remember that rational approaches don’t work and actually may be counter-productive.

Second, you have to view these repetitive thoughts from a mechanical viewpoint and depersonalize them.  Everyone has some level of them. They are just there and are NOT who you are. Don’t give them any further personal energy. Your brain will develop wherever you place your attention.

Third, there are many strategies to rewire your brain and create new more enjoyable circuits. The term is “neuroplasticity” and the basic sequence is awareness, separation and redirecting. The tools are simple and effective with repetition. Mental pain appears to be a greater problem for most people than physical pain, although neither one is great. Your “demons” are one of the more intense aspects of it. The DOC process presents many proven strategies to rewire your brain, and each person figures out his or her unique approach.

Consider the solution being similar to cleaning out the lint in a dryer. It needs to be done regularly. Otherwise, the dryer will lose efficiency and eventually break down. I consider the use of these tools “neurological maintenance.” It is the way the nervous system functions. Think in terms of neuroplasticity. THERE ARE NO RATIONAL SHORTCUTS.