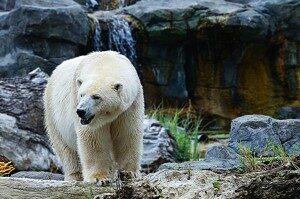 Trying not to think about something will cause you to think about it more. All of us know this phenomenon but we don’t know how to deal with it. The deadliest emotion we suppress is anxiety. It is a survival response and our whole being is repulsed by it. Prolonged exposure to raw anxiety is the worst part of the human existence. It is a universal problem that few people want to admit to much less discuss.

A few weeks ago, I was discussing the problem with one of my best friends, George. He has an 11-year-old son, Nate, who is personable, athletic, good-looking, and has many friends. He has a wonderful family life. George has engaged his family with many of the principles of dealing with Neurophysiologic Disorder. (NPD) One of the exercises is the writing down of his  thoughts and throwing them away. Recently he suggested that Nate draw a picture of himself with these thoughts.

He showed me the drawing. It was brutal. “I am ugly. I have no friends. No one likes me. I am stupid.” The list went on for 15 thoughts that were equally as negative. How could this be? He is living a childhood that remarkably rich and supportive. It reinforced to me that every human being struggles with disruptive thoughts.

In 1987 Dr. Daniel Wegner, a Harvard psychologist published a paper, The Paradoxical Effects of Thought Suppression. (1) The experiment is commonly referred to as “White Bears”. He asked a group of students not to think about white bears. He designed it in a way that demonstrated that when you try not to think about something, not only do you think about it more; you think about it a lot more. He used the term, “trampoline effect.” He pointed out in an essay; The Seed of our Own Undoing, that simply writing down or saying the thoughts you are suppressing interrupts the phenomenon.

David Burns in his book, Feeling Good (2) uses a term he calls “ANTS”, which stands for “automatic negative thoughts”.  These ANTS are a universal part of the human experience. Since I picked up his book in 1990, I have always wondered why we don’t have “APTS” or “automatic positive thoughts.”  WE DON’T SUPPRESS POSITVE THOUGHTS. 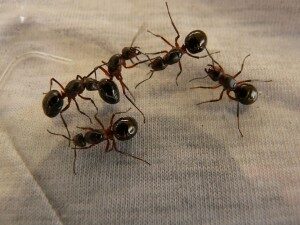 People suffering from chronic pain lose their sense of humor. Pain causes anxiety and when you are it, extreme frustration and anger will run your life. Anger results from loss of control. What causes the need for control is anxiety. Anger is just anxiety on steroids. One step worse than suppressing anxiety is suppressing anger. The eventual outcome is rage. My term for the darkness that consumes my patients in pain (and historically me) is the “Abyss.”

There is a solution

I have learned that pain, anxiety, and anger are classic symptoms of the Neurophysiologic Disorder (NPD). Dr. John Sarno first described it in the 1980’s under the term, “Tension Myositis Syndrome” (TMS).  (3) There are least 30 other MBS symptoms connected to and caused by the nervous system. (4) The nervous system component is NOT psychological it is a programming issue. Like any learned skill such as riding a bicycle these pathways are permanent.

Anxiety is a physiological reaction to sensory input of any kind including thoughts. It results in behavior that causes you to react in a way to protect yourself. You can talk about it all day long, but you cannot get rid of anxiety whether it is from a  mental or physical source. It is a symptom of NPD.

Fortunately your conscious brain focuses on one thing at a time. That is why we are not safe texting and driving. When your mind is here it is not there. By creating alternate pathways around your fixed circuits, you can shift your nervous system into a new set of pathways. Additionally, we now know your brain can grow new nerve cells at any age. The term is “neuroplasticity.” At a certain tipping point your pain pathways will become dormant. The switches are turned off. Anxiety and anger also will dramatically drop.

I experienced 17 of the 33 symptoms of NPD disappear. I not only have my life back, but I also have a new life.

Connecting thoughts with physical sensations is one way of creating new pathways. One foundation of treating NPD is the simple the act of writing down your thoughts and immediately throwing them away.

But I often cannot persuade my patients to begin this exercise. It’s the necessary foundational step of the reprogramming process, which is to create an awareness of these ANTS. The thoughts can be positive or negative. I have my tear them up both to write with freedom and not to spend any time analyzing them. This exercise is only a separation process from your conscious thoughts.

Regarding the negative thoughts that arise, my patient’s first response is, “This is not who I am.” That is correct. These thoughts are not who you are. They are JUST neurological connections and the opposite of you who are. Otherwise, you would not be suppressing them. You are only giving them life by blocking them. Your brain will develop wherever you place your attention.

We all know that being reassured that our hidden thoughts aren’t valid does not make them disappear. I could collect dozens of signatures and testimonials from Nate’s peers and give them to him. He could win a “greatest human being contest” along with a big trophy. How would that work? I predict, based on my personal experience with NPD, the next set of thoughts would be centered on, “They don’t really know me.”

What if we could teach these simple writing exercises to our children in pre-school? We would have a shot at solving chronic pain at a societal level.