I had a rough start living in a chaotic household with an angry mother who suffered from chronic pain. I did not figure out for 50 years that the migraine headache I suffered at age five would be the beginning of a lifetime filled with chronic pain. I eventually experienced 16 of the over 30 symptoms that can be created by a stressed nervous system and the relentless adrenaline assault. For years I thrived on it and was proud of the fact that I was an “adrenaline junkie”. Little did I know that same drive that took me up the hill would drive me down the other side into an Abyss. 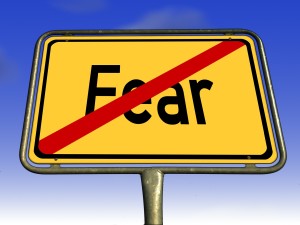 The stress of a surgical residency began to increase my physical symptoms. My ears began to ring incessantly and my feet burned. Some unusual thought patterns emerged. But I just kept plowing ahead. Private practice was even more intense and I began to have heart palpitations, some chest pain, sweats, trouble sleeping and various inflammations throughout my body. I still did not let it slow me down – until I was driving across a bridge across Lake Washington and experienced a severe panic attack. I had no idea what was going on and why. I did not become a major spine surgeon by having anxiety and honestly had not experienced much of it. It was just “stress” and that was what surgeons were supposed to experience. My capacity to handle stress was a badge of honor. But I couldn’t outrun it. My body wouldn’t let me.

For the next 13 years I spiraled into a black hole without a bottom with the last seven of them being intolerable. I became severely depressed and of the 16 symptoms my anxiety was the worst. It was unrelenting and intolerable. I developed an obsessive compulsive disorder, which is manifested by intense repetitive intrusive thoughts and resultant extreme anxiety. I was “tough enough” that I was still able to maintain a successful surgical practice. What I couldn’t hold on to was my personal life and I became increasingly socially isolated that may have been one of the worst aspects of the ordeal. By 2002, I was ready to end it all and still not quite sure why I didn’t.

About that time, I picked up a book I had read years earlier, Feeling Good by David Burns. It is a great book and one of his first admonitions to actively engage in the tools he described with one of the basic ones being writing in a three-column format. I was alone with plenty of time and I began to write for hours. I instinctively tore it up immediately and it was initially disconcerting to observe the cognitive distortions that were torturing me. But for the first time I felt a shift. By six weeks I noticed an appreciable difference in my anxiety and I began to sleep a little better. I finally had a ray of hope.

But I was still having more anxiety than I was comfortable with and wasn’t sure what to do next. Then I exploded in a manner I can’t describe in words. My personal situation became so difficult that I became extremely angry. Up to that point I did not think I had anger. I had developed a persona of being cool under any amount of pressure. I was so good at it that I actually did not feel anger. However, it was clear to everyone else that I was not that relaxed. I was first forced to acknowledge the fact I had anger and that I was in a perpetual victim mode. The details of how I processed the anger are not important and I didn’t do it well. But one day I simply gave up and admitted that I was angry and that I couldn’t solve it. I could feel another massive shift. Within six weeks my physical symptoms almost completely disappeared. I still did not know what had happened. She just let go

It took me another five years to make sense out of any aspect of this ordeal. What had I done wrong? I did have a difficult childhood. But at age 15, I just left it behind and moved on. I worked hard, coped with my past, underwent counseling, took leadership roles, committed to caring for my patients and was intent of not repeating the past. I still feel at the deepest level that this was an undeserved ordeal. I have also learned at a deeper level that holding on to the past is a huge problem and you will guarantee yourself a life of misery. It is clear in retrospect that acknowledging my anger was the key beginning the process that would eventually solve my chronic pain. It was when Dr. Luskin’s book, Forgive for Good, was introduced into the process that patients began to consistently go to pain free. When they get stuck, it is almost always around not being able to forgive and move on.

I have been out of this hole for over 13 years. It is still hard for me to believe and am thankful for every second that I am not in the Abyss. Additionally, I am thriving at a level that I could never imagined was possible. 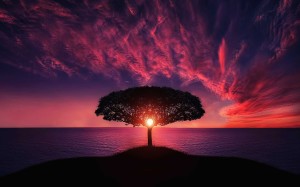 That being said my wife reminds me (almost daily) that I am free of pain if I continue to practice the concepts that I teach my patients. If I quit, I have a recurrence of symptoms within a couple of weeks. My scalp itches, ears ring, feet burn, can’t sleep, and rashes show up on the back of both of my wrists. I do have severe arthritis of both of my knees that is my current challenge. Although I am not thrilled with my daily knee pain, it is not nearly as disruptive as during my period of suffering that had the additional layer of anxiety. Am I operating on your pain or anxiety?

The ongoing tools that I have found helpful include:

I think that one of the reasons the DOC process has been effective is that I learned every millimeter of it by enduring extreme suffering. I know the depth of despair and misery, especially when there seems to be no hope and endless broken promises. I am now able to pass on these concepts in a way that enables people to come of pain in months rather than my 15 years of doing mostly the wrong things. Each person who comes out of this pit of pain does it in a personal way. Chronic pain is solvable and I am honored to be able to pass on what I have learned.