My migraine headaches began on the Fourth of July when I was five years old. By age fifty I had over fifteen physical symptoms of an over-adrenalized and inflamed nervous system. The last five years were extreme. After trying almost everything, I had completely lost hope of ever regaining any semblance of an enjoyable life. Then, in May of 2002, I decided to give up my search for a specific solution and to stop being a victim. There was nothing else I could do—I had reached a point where I had to let go. I remember that this realization was accompanied by a deep physical feeling of release. I continued to use all the tools of writing, mindfulness, forgiveness and awareness. But with my new outlook I was able to let go and I began to move forward with my life. Within six months most of my symptoms had abated or resolved. 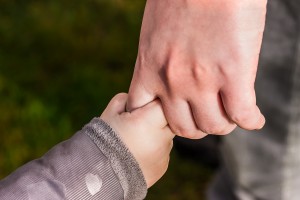 This poem was sent to me by friend, who saw it on the Internet.

She let go. Without a thought or a word, she let go.

She let go of the confluence of opinions swarming around her head,

She let go of the committee of indecision within her.

She let go of all the “right” reasons. Wholly and completely,

without hesitation or worry, she just let go.

She didn’t ask anyone for advice. She didn’t read a book on how

She let go of all of the memories that held her back.

She let go of all the anxiety that kept her from moving forward.

She let go of the planning and all of the calculations about how to do it just right.

She didn’t promise to let go.

She didn’t journal about it.

She didn’t write the projected date in her day timer.

She made no public announcement and put no ad in the paper.

She didn’t check the weather report or read her daily horoscope.

She didn’t analyze whether she should let go.

She didn’t call her friends to discuss the matter.

She didn’t do a five-step Spiritual Mind Treatment.

She didn’t call the prayer line.

She didn’t utter one word. She just let go.

No one was around when it happened.

There was no applause or congratulations.

No one thanked her or praised her.

No one noticed a thing.

Like a leaf falling from a tree, she just let go.

It wasn’t good, and it wasn’t bad.

It was what it was, and it is just that.

In the space of letting go, she let it all be.

A small smile came over her face.

A light breeze blew through her.

And the sun and the moon shone forevermore.

My patients and I frequently discuss the idea of taking a break from The DOC Journey. They have been diligent in reading, writing, underlining, meditating, forgiveness, and even working hard at play. But they continue to be frustrated because, even though their pain has diminished, their anxiety levels remain high and they still do not have the quality of life they desire. Invariably, it comes down to perfectionism. He or she wants to be the best student and really do it right. But the harder you work on yourself, your neurologic energy is still directed at you and you are inadvertently reinforcing those unpleasant neurological circuits. The solution is similar to learning a new language. You can’t learn French by working in improving your English. 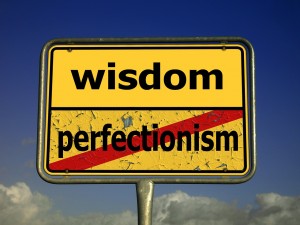 It is also important to remember that the victim role (which includes perfectionism) is so powerful, you will never want to give it up – even after you have accomplished it and felt how free you can be. It is just too strong of a need. You will never wake up one morning feeling like you want to give it up. The decision to let go of the victim role is a day-by-day, sometimes minute-by-minute one. You will always and frequently be triggered, and you have to decide at that second to just let it go. I have not found another choice. Logic doesn’t work.

Occasionally, after we have finished talking, I ask my patients to sit in the exam room and not leave until they have committed to letting go of the victim role. They may be in there for 10-20 minutes before they walk out. I want walking out the door to represent their stepping into their new life. It is surprising how effective that simple action can be.

Bill was a middle-aged, small-business owner who had been in chronic pain for over twenty years. He had done quite well with the DOC principles, along with the help of one my colleagues. Then one day Bill was triggered by one of his business partners and fell back into the Abyss of pain and despair, to a level he had not experienced before. He was becoming suicidal. Unfortunately for me—but fortunately for others—through my own experience I gained extensive insights into suicide and realized it is anger that pounds your soul into the ground. Bill was in an extreme victim mode. I called him out on it during an intense conversation. It clicked. He sat in the exam room for about half an hour and when I saw him back six months later he was getting ready to re-enter the work force, a changed man.

In and out of the Abyss

Anger is powerful and destructive, including self-destructive. Anytime you are feeling down, you will eventually be able to see the link between diving back into the Abyss and anger (in all of its disguises). Just let it go. Why hold on to situations, things or people that are making your life miserable?

The poem “She Just Let Go” by Rev. Safire Rose beautifully conveys the essence of The DOC Journey. Letting go is the simplest, yet the most difficult aspect of the process. All of us are accustomed to fixing others and ourselves, but our attention is still on our flaws. So much attention to our shortcomings inadvertently strengthens our unpleasant neurological pathways. The DOC Journey principles will give you some guidance and tools to get to the place where you are able to let go. Or, you can just skip all of this and simply let go. The freedom you will experience is beyond words.

Be all that you can be – or just be