My surgical decision-making dramatically changed over the last five years of my practice. In spite of watching so many successes of people healing from chronic pain without surgery, I still had a surgical mindset and was always looking for a surgical lesion that I could “fix”.

In the first edition of my book, Back in Control, my advice was that if you had a surgical problem, get the surgery done quickly and engage in the rehab process after you recovered from the operation. I had felt that people in pain could not tolerated the extra burden created from a structural problem. I also thought that surgically correcting severe pathology would relieve the pain to the point that people would be compelled to move forward with their lives. However, I had many patients continue to do poorly in spite of a well-performed indicated operation. I was perplexed and could not predict when this would happen.

My staff pointed out that our patients that had gone through a structured rehab program prior to a procedure were doing much better, and we made a team decision to not perform surgery unless a given patient was sleeping, working on stabilizing medications, experiencing improvement in his or her anxiety/ depression and willing to deal with anger issues. We called the program, “prehab”, and asked our patients to fully engage for at least 8-12 weeks. When we considered major deformity surgery, the prehab might take up to a year.

Many patients did choose to go elsewhere, but the ones who stuck with it, consistently did better and frequently patients with significant structural anatomic problems cancelled surgery because their symptoms had improved or resolved. This turn of events was completely unexpected. It appears that as the nervous system calmed down that the pain threshold was elevated. 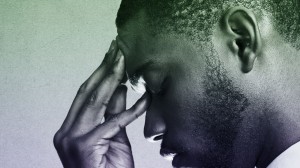 I saw four patients within a two-week span that I had an almost the same conversation with regards to their decision to undergo surgery. All were professional men between the ages of 45-65. They had leg pain originating from an identifiable problem in their spine. The pain was severe enough that each wanted to have surgery, but they were all at least an 8 out of 10 on the anxiety scale and were sleeping poorly. Their stresses included seriously ill children, loss of jobs, marital problems, etc. and none of them were coping that well.

Can you live with your anxiety?

They were familiar with the DOC project but had not engaged with the concepts at a meaningful level. They were coming back for their second and third visits. Finally, I asked each of them the same question, “What would it be like if I could surgically solve the pain in your leg, but the anxiety you are experiencing would continue to progress over the next 30 to 40 years?” Their eyes widened with a panicked look and every one replied, “That would not be OK. I couldn’t live like this.” Each of them also grabbed his leg and asked, “Won’t getting rid of this pain alleviate my anxiety?” My answer was “No.”

Anxiety is a sensation generated by the body’s chemical response to a mental or physical threat. It is a deeply unpleasant sensation, and the intent is for you to take evasive action and survive. Although surgically removing the spur and pain will relieve the pain and some anxiety, it doesn’t come close to solving it. The essence of lowering anxiety is training your body to secrete less stress hormones.

I told them that although I would love to get rid of their leg pain with surgery, my bigger concern was their severe anxiety and possibly chronic pain. I recalled my 15-year battle with pain and anxiety. I was on an endless quest to find the one answer that would give me relief; especially for the anxiety. I also remembered the intensity of that need. At that moment I realized that each of these patients felt that by getting rid of the pain they could lessen or solve their anxiety.

It is actually the opposite scenario. As your anxiety resolves, it is common for pain to abate. Crippling anxiety is a solvable problem with the correct approach. That usually doesn’t include surgery. Also, after a failed surgery, another level of hope has been taken away.

Can you live with your leg pain?

Then I asked each of them that if I could resolve their anxiety but they would have to live with their leg pain, what would that be like? Although not completely happy about the scenario, they thought they could deal with it. It was more palatable than experiencing no improvement in their fear.

These patients didn’t want to jump to surgery and wanted to give the DOC program a try. Within six to twelve weeks their pain disappeared or subsided to the level where they weren’t even considering surgery. Although I know pain and anxiety are linked circuits, I had never realized that for many patients the pain relief they were asking for was really for peace of mind.

Conversely, I’ve had many patients over the years undergo a successful surgery for a severe structural problem with no improvement or worsening of their pain. Now I understand. “Neurons that fire together wire together.” Pain, anxiety, and anger are tightly intertwined. As long as the anxiety/anger pathways are fired up, they will keep the pain circuits firing.

Surgery may or may not help your arm or leg pain. It rarely solves neck or back pain. It really doesn’t work for anxiety. What relief are you asking your surgeon for? 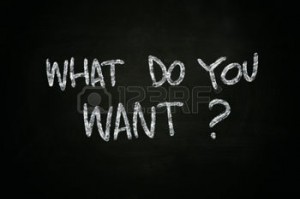 Listen to the Back in Control Radio podcast Am I Operating on Your Pain or Anxiety?