The essence of solving chronic pain and also creating a life that you enjoy is learning how to regulate your body’s chemistry. When you are full of stress hormones such as adrenaline, cortisol, endorphins and histamines you are on high alert and you’ll feel agitated and anxious. When this state of being is sustained, people experience many physical symptoms since each organ system has its own unique response. When you’re angry, these chemicals skyrocket, and you’ll eventually become ill if this state of being is sustained.

The most common way of dealing with anxiety and anger is to suppress it. It has been documented that when you try not to think about something, you’ll think about it more – a lot more. There is a trampoline effect. (1) Although you might be successful in consciously suppressing thoughts for a while, your body will be full of stress hormones. The consequences of suppressing thoughts are high, but stuffing emotions is even more of a problem – especially anger. Many people don’t like feeling angry, so they don’t allow it. One method I used was attaching to an identity of “being cool under pressure”. It worked and I was able to become a complex spine surgeon with the mindset of, “bring it on.” Then this approach failed and in one hour in 1990, I went from being bulletproof to having panic attacks. I didn’t see it coming.

I now understand how skilled I was in suppressing and disguising anxiety and anger. But the same energy that took me up the hill took me down the other side. Anxiety and anger are necessary for survival and you can’t get rid of these emotions. The key to dealing with them is to learn to experience them and train yourself not to react with such strong responses. As your body’s levels of survival chemicals lessen, your anger and anxiety will pass and you can move on. Initially, this is a challenging skill to learn, but it will change your life and your pain. Here is a poem that was sent to me that illustrates the concept. 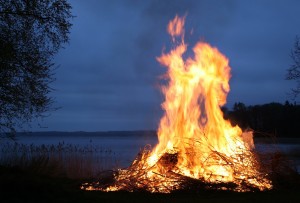 THE FIRE OF ANGER

Anger is like fire.
You respect the fire, you tend it, allow it to burn.
No need to smother the fire or put it out now.
No need to push the fire onto someone else.
The fire is safe, when you let it burn.

Anger is energy, neither good nor bad.
Breathe into it.
Let its fiery sensations move in the body; in the head, neck, chest and belly.
Feel the power there.

Find a middle way. Not repressing anger’s fire, nor throwing it.
But feeling it.
Bowing to it.
Knowing its beauty.

Until it burns out.

I still don’t like the way I am or how I feel when I’m upset. I now realize that anger is only destructive, since it’s the body’s response to regain control. It is damaging to all relationships, especially within your own family. It’s ironic and tragic that our closest relationships represent our deepest and strongest triggers. Instead of home being a place of safety and peace, it’s often chaotic and unsafe.

When I’m angry, I want to lash out and I still have a tendency to suppress it. Then a situation may occur that is quite mild, and my reaction is WAY out of proportion to it. A mantra came into my head a few months ago that’s been helpful.

“No action in a reaction.”

I realize that there is nothing I can say or do when I am upset that’s helpful, and I just zip it. I fail more often that I’d like to admit, but I’m gradually improving.

How do I look?

Another strategy that has helped is to picture how I appear to others when I’m frustrated. I’m sure it isn’t great although I can’t see it. My wife and I have a saying, “Anger isn’t attractive.” It’s true and this is a humbling exercise.

Remember, that in addition to training your body to be less full of stress chemicals, you can learn to stimulate “play chemicals” such as oxytocin (the love drug), serotonin (anti-depressant), dopamine (reward system) and GABA hormones (similar to Valium). It’s a learned skill that isn’t possible while you are doing battle with those around you. But picture your body full of these hormones. How do you feel when you are laughing? What’s it like when you are on the couch relaxing with your family or friends? Have you done that lately? 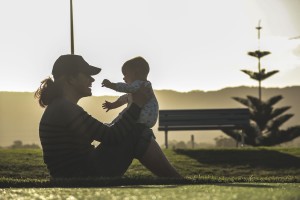 Learn to be with your anger, anxiety and pain. As you quit fighting, paradoxically you’ll be able to move on and stimulate a pleasant chemical environment in your body, regardless of your circumstances. Then you can create the life that you want.