No matter how many parts of my life were good, I was stuck in thinking about what I didn’t have and what could be better. It seemed to me that almost everyone else had more money,  a happier family, better athletic skills and the list was endless. In retrospect, it’s interesting that I was so focused on everyone else, that I’m not sure I even saw me. As someone had something better than I did in every category, there was essentially nothing about me that I could appreciate. So it seemed that the logical solution was to become more successful. Anxiety basics

So I was driven beyond words to “prove myself” and worked extremely hard to become accomplished to fill this gap. I became “successful”. But the adrenaline drive that took me up the hill took me right back down the other side, ending up with a shattered life and a suicidal depression. No one on the outside could even sense the depth of the drive or the intense angst that propelled it. So how do you define “success”? With physician burnout approaching 60% across the board, this is becoming even a bigger question.

Amongst teens, this is also a significant problem in that social media makes it seem even more that everyone has a dream life; except that there is a huge increase in adolescent chronic pain, heroin use, suicide, and generalized unrest. There is a word, “FOMO” (fear of missing out) that encapsulates the situation.

My first clue that this perspective was a problem was when I read a book, The Art of Happiness based on the teachings of the Dali Lama. He pointed out how much more productive it was to compare yourself and your circumstances to those who were less fortunate than it was to think about what you didn’t have.

I became aware of another pattern of thinking in the midst of my Hoffman process. It was experiencing “anxiety with success.” The Hoffman process presented an organized format, which allowed me to become aware of my embedded reactive behavioral patterns. It turns out that the success that I was working at so diligently, was creating intense anxiety. Talk about driving down the freeway of life in the wrong direction.

I was the oldest of four children in a household with a difficult mother who suffered from chronic pain. I was the problem-solver in the family beginning around seven years-old. The baseline state of our family was chaos. The Hoffman process taught me to diagram what they term is a vicious cycle. Here’s the sequence:

I’ve had a lot of successes and also many failures. One pattern of behavior I hadn’t seen was that I’d have some success and then somehow I rarely followed through. Or I would get into a reactive mode and walk away from potentially major successes. I then spent a lot of time wondering what happened and then beating myself up. All of this was not only a waste of time, but consumed a lot of emotional energy.

When the behavioral pattern that emerged was that I had extreme “anxiety with success”, I was shocked. I had spent the major part of my waking hours trying to be successful in whatever I attempted, yet I was creating situations that caused intense anxiety. How could this be? I’ve since learned that this is a fairly common problem.

Becoming aware of this sequence allowed me to use the various tools in the DOC process to work through the parts of this vicious cycle. I wasn’t as effective at dealing with the “anxiety of success” as I was with other patterns. As I continued to work with my teacher, Kani Comstock, she pointed out something that allowed me to better enjoy my life. It was gratitude. 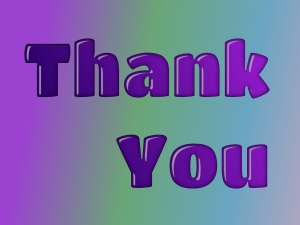 I have endured a lot and so have most of you. Chronic pain with all of its many layers isn’t a small problem. I got lucky in coming out of this hole. Eventually, I was able to figure out many factors that contributed what I feel was almost a miracle. Amongst many things in life I am grateful for, I’m happy to be able to share these concepts with you.

It Has Been Worth It

Although I have seen hundreds of patients become pain free, this isn’t a numbers game with me. Even if my life experience allowed just one of my patients to achieve a pain free state, it has all been worthwhile. Every time a patient comes in excited about their relief of pain, I’m still fascinated and somewhat in a state of disbelief. At my core, I’m a surgeon and I don’t understand all of the variables that cause this to happen. Not only do they become pain free, but also they rapidly begin to recreate the life that they had lost and go well beyond what they ever had. I’ve seen several patients have their spouses come back to them and create a thriving relationship. Many families are able to enjoy a much happier home life.

That I have been able to contribute to their healing is a gift to me that I never would have imagined possible.