I started my working life as a carpenter at age fourteen. I worked every summer and vacation doing residential construction. I did everything from heavy concrete slab work to finish interior work. The summer before medical school, I built a 5,000 square foot house for my parents. I was energetic, a hard worker. I was young and tough. I could lift and carry anything. I had a strong back and loved to show it off. I heard endless admonitions from my fellow workers and supervisors to be careful of my back. What did they know? At age 33, right after I completed my orthopedic residency, I ruptured my L5-S1 disc. 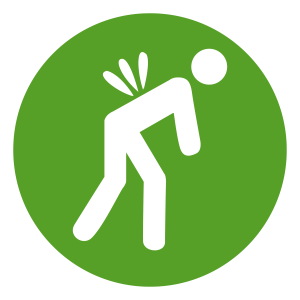 During my residency, I would often play pickup basketball on Sunday mornings. During my last year of orthopedic training, I started to notice my back going into severe spasms after a game. I would be stuck on my living room floor for about three or four hours after almost every game. The spasms would disappear and I would go on my way. I would not think much more about it. The pain would occasionally travel down the back of my left leg.

I had seen some patients admitted to the hospital for low back pain and ruptured discs. I could not understand their behavior. It did not seem possible that they could be having that much pain. They would often be very frustrated and become quite demanding. They wanted more pain control. My sympathy would diminish rapidly, as I became frustrated at being unable to easily keep them comfortable.

I had completed my orthopedic training in June of 1984. I spent the next six months doing extra training in orthopedic trauma at UC Davis in Sacramento. My plan was to work in private practice for six months in Oroville, California until my spinal deformity fellowship began in July of 1985. Things do not always go according to plan.

In March of 1985, I was placing my son Nick into his crib for a nap. We were spending the weekend with friends about two hours away from our home. As I leaned over the crib side rails to place him down, I felt a funny “giving away” sensation in my lower back. I did not experience any back pain. I immediately felt pain only in my left big toe. It was excruciating. I spent the next twelve hours glued to the hardware floor of my friend’s living room.

Contrary to my understanding of spine problems, my pain from the ruptured disc did not resolve. I did everything. I stayed in bed. I tried physical therapy. Somehow in my wisdom (doctors are terrible at treating themselves), I decided to take aspirin instead of narcotics. I took so many aspirin that I went into a type of kidney failure called diabetes insipidis. It is the type of kidney failure that causes you to urinate ten to twelve quarts of urine a day. The aspirin also caused multiple small ulcers in my stomach.

I couldn’t sleep. It was incredible to me that I would only sleep two or three hours per night, stay awake the whole next day, and still not be able to sleep the next night. The “make up” night of sleep never came. As I became more sleep-deprived, I became very frustrated and reactive. Not that a surgeon doesn’t already have a little bit of a start on that.  I couldn’t eat. I completely lost my appetite and 25 pounds of weight. By the time I underwent surgery six weeks later, I was so nutritionally compromised that I developed a deep wound infection. 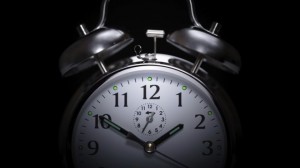 My surgery had been performed at L5-S1, which is the lowest level of the spine. I required a second operation to clean out the infection followed by six weeks of intravenous antibiotics. When my spine fellowship found out that I was infected, they hired another spine fellow. Not only was I not able to really pull my weight in my private practice, I had lost my job.

I had been in a dark hole several times in my life, but never one this deep or dark. I felt weak, tired, discouraged, and very unsure about my future. I understood the frustration of chronic pain. I understood how bad it could get. My perspective on my patients’ suffering changed almost instantly one night while sitting in my car. I was trying to figure out what to do next and essentially gave up. I felt completely enveloped in darkness.

My senior partner at the time covered most of my salary. I will be eternally grateful to him for that act of kindness. I cannot imagine what it would have been like without that backup. I was only at about one third capacity and certainly not coming close to covering my expenses. I realize most of my patients do not have that backup. My spine fellowship directors reconsidered the situation and re-hired me. I was lucky.