George was a 78 year-old businessman who acted and looked about half his age. He was pleasant and talked freely about his LBP and pain down the side of his left leg, which had been a problem for about six months. It was consistently more severe with standing and walking, and immediately disappeared when he sat down. His MRI scan revealed that he had a bone spur pushing on his fifth lumbar nerve root out to the side of his spine. As his symptoms clearly matched the abnormal anatomy it seemed like an easy decision to offer him a one-level fusion. He was the ideal surgical candidate, as he was so motivated and physically fit.

I rarely make a surgical decision on the first visit, but his situation seemed so straightforward that I decided to make an exception. He also wanted to proceed quickly, as he was frustrated by his limitations. As I walked out the door to grab the pre-operative letter that describes the details of the fusion, he quietly said, “My son just died a few months ago.” I immediately turned around and sat down with him. His son had died from a massive heart attack. I let him know how sorry I was about his loss, and also told him that I was not comfortable with him making such a major decision in light of the situation. He agreed. I gave him the pre-op letter and asked him to return in a couple of weeks. I gave him a copy of my book, Back in Control, which is an excellent resource for dealing with stress, as well as chronic pain. A week later he called and told me that he really wasn’t into reading my book and just wanted to proceed with surgery. I asked him one more time just to glance through the book, as it does help with post-operative pain and rehab; and I signed him up for surgery.

He came in with his wife for his pre-operative appointment to coordinate the final details around the operation. I wanted be sure that I was on the same page regarding the severity of the pain and his understanding of the procedure. He said, “I am feeling better. I have read some  of your book and think that maybe I should work through some of the issues around my son’s death.” We had a long conversation about the effect this degree of trauma can cause. He asked me if it was OK with me for him to delay his surgery for a while.

I saw him a month later and he had no pain in his back or down his leg. He was fully active and had just re-joined the gym. I asked him what seemed to be the most helpful strategy in resolving his pain. He had continued to read the book. However, I am well-aware that reading my book, or any book, is not going to take away pain. It requires some level of engagement. For him, it was awareness. Just understanding the links between anxiety, anger, trauma, and pain helped him make sense of the different emotions he was trying to process. He was also now talking to his friends about his loss, who were offering a lot of support. His whole demeanor had changed and he was now more concerned about how the situation was affecting his wife.

How do I decide who needs surgery?

It is becoming increasingly unclear to me what severity of pathology requires surgery to solve a given problem. His constriction around his 5th lumbar nerve root was severe and he had a classic history that matched. Had I done the surgery, his leg pain would have resolved; but not his emotional pain. He now is moving forward, as his emotional pain is being addressed. His back and leg pain are gone. He did not have to undergo the trauma and risks of surgery. He will return to being a productive person and provide emotional support for his wife. Although, not the main reason, there was essentially no cost involved.

I have witnessed many stories that are similar to George’s; and I am more diligent in making sure that there not major life stresses occurring while making a final decision regarding surgery. There doesn’t need to be one specific event. More commonly people hit their breaking point from cumulative stress, and they don’t see a way out. Physicians almost uniformly feel that they can detect emotional distress in their patients. As I have been doing spine surgery for so many years, I feel like I am really able to detect patients with anxiety and depression in my clinic. However, research shows that physicians are correct in this regards only 25-43% of the time. It does not matter whether the doctor is a junior resident or senior staff physician. George’s story again reminded me that I cannot figure any of this out either. There is too much going on in the middle of a busy clinic – especially on an initial visit. (1) 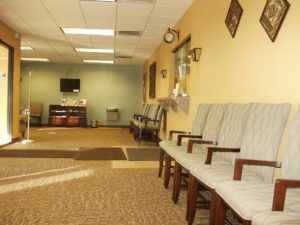 The areas of the brain that interpret physical and emotional distress are located in close proximity to each other. (2) It also seems that there are abnormalities of a given person’s body that are not quite severe enough to cause pain. But when the pain threshold is lowered, in the presence of adversity, these specific areas can become symptomatic. As one of my workout buddies points out, “It is the weak area that lights up.” Prior pain circuits can also be activated.

There are hundreds of research papers documenting the link between anxiety and depression with pain, and poor outcomes with treatment. For many reasons, these factors are not being routinely addressed. The culture of medicine is geared towards performing procedures, and not on talking to you about other options or providing the necessary resources. It is critical that you have done everything possible to calm down your nervous system before you undergo a surgical procedure. In this medical environment, you will have to take on that responsibility.