The unwillingness to process anger, let go, and move on is the greatest obstacle to healing. And without learning to let go and move on towards what you want, it is impossible to heal from mental or physical pain. Nonetheless, even hearing compelling stories of healing, a high percent of people simply had no interest in pursuing a healing process. The excuses were endless, but it boiled down to not being able to let go.

I spent at least five years trying to convince people to pursue these concepts, and the harder I tried, the more resistance I ran into. To be clear, I never found a way to engage them, and I finally realized that it was important for me to conserve my energy for those who were open to learning and change. So, the first point I want to make is that I am wide open to suggestions regarding ways of presenting these ideas in a manner that reaches more people. I am a bit discouraged, but not giving up. 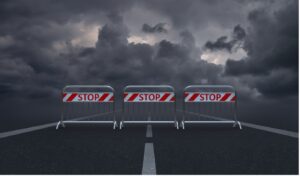 That being said, I have learned a lot about the reasons why people won’t give up their anger, and they are definitely unique to a given person.

The main reason preventing people from letting go, is that anxiety and anger are hard wired into our brains. They are both words that describe your sensations generated being in flight (anxiety), or fight (anger). Under any perception of real or imagined threat, there is an instant reaction that compels you to take action to ensure survival. You cannot reason with or do battle with these circuits. As my friend, Dr. Bruce Lipton, points out, “There is nobody home.” You might as well lift up the hood to your car and talk to the engine. They are necessary for survival and are necessary gifts.

Second, when you are anxious and especially upset, your body is full of inflammatory proteins call cytokines. These small proteins are the ways that cells locally communicate with each other. At a certain threat threshold, they signal anger (fight or flight) and cause the blood supply to shift from the thinking centers of the brain (neocortex) to the lower survival regions of the brain. You physically can’t think straight. So, a significant aspect of chronic disease is that the inflammatory nature of it blocks the ability to treat it. Some patients report a sense of “brain fog.” It is not a psychological term. It is your brain “on fire.”

Then if your anger/ anxiety is sustained, the inflammation and elevated metabolism (rate of fuel burn) physically robs your brain of fuel and destroys neurons. You have heard me mention multiple times, that chronic pain causes physical shrinkage of your brain. Fortunately, it will regenerate through the healing process.1 How can you learn how to understand a new treatment approach if you can’t think clearly?

Fourth, racing thoughts become permanently etched into your brain and become obsessive though patterns. They realty are not responsive to rational interventions. One metaphor is that of dust devils that are small mini-tornados that are common in the open prairie. Your brain has trillions of them, so even if the smallest percent become powerful, that is a problem. It also universal and a trait of possessing consciousness and language. My term for it is “phantom brain pain” because it is a similar process as phantom limb pain. It can occur in any part of the body, including your mind.

But a major issue with letting go of anger is that it protects you from being or feeling vulnerable. There is no reward in nature with any species, including humans, for being vulnerable. You are dead. Remember, the main responsibility of your hard wired unconscious brain is to keep you alive, not to provide you a good time. The problem for humans is that being vulnerable is at the core of successful relationships.2 It is a huge dilemma.

Finally, anger is addicting. Why would we not want to hold onto it? It is powerful or at least feels powerful. A basic human drive is to feel safe. Anger does give you more power and control, and you feel safer (even though it may not be true).

The rewards of anger – and winning

There is even a physiological reward for power. It has been shown that people who are bullied have higher inflammatory markers than students who were not harassed.3 What is more disturbing is that the bullies have lower levels of inflammation. A 50-year study in Britain showed that about 40% of adults were bullied while in middle school and high school. The long-term consequences were brutal.4

What we are calling, “socialization” is really a huge power struggle. You would think we would behave better as adults, but the behaviors frequently carry over. For example, there is a phenomenon called “mobbing” where co-workers will gang up on a given worker.

You may not want to hear this, but people in pain are often “bullies.” They can make endless demands on the family and caregivers. They may not be that nice about it. Instead of being sources of peace and love, they are emanating a negative energy that creates chaos. They may not be enjoying it but also don’t know how to give it up. It is a vicious cycle.

Other obstacles to letting go include: 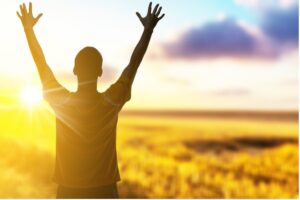 The one factor that predicts healing is willingness to learn the tools to calm and reroute your nervous system. Why would not everyone want to do this? A high percent of people have no interest even in spite of ongoing misery and endlessly seeking medical care.

This lesson presents some of the reasons why this is such a problem, but the essence of it is that the disease itself is what blocks treatment. Anger is the sensation created by a fired up nervous system, increased rate of fuel consumption, and inflammation. The inflammatory markers (cytokines) create a shift in the blood supply from the neocortex of brain (thinking centers) to the lower parts of the brain (survival regions). So, we can’t think clearly enough even to begin to engage. Chronic pain is especially problematic, in that the amount of anger generated by being trapped in pain is unspeakable. That is why a famous rehab physician, Dr. John Sarno, called it “rage.”5 My term is being in “The Abyss.” It is a very dark spot and sometimes it is so hard to see any light that nothing happens.