When you’re suffering from chronic pain, your nervous system is ablaze. The medical term for this is “central sensitization syndrome” (CSS). Indeed, animal research has shown that when your body is full of adrenaline and other stress chemicals that the speed of nerve conduction increases (almost doubles), so you’ll experience even more pain. (1) It’s a terrible cycle. These patterns of brain activity can now be visualized with functional MRI scans (fMRI), and researchers are identifying some of the neurological patterns associated with chronic pain. (2)

It is also becoming clear that unpleasant mental and physical sensations are processed in a similar manner and both result in a survival neuro-chemical response. (3) The sum total of this reaction is anxiety. Anxiety is the pain and is not primarily a psychological issue. This process is the essence of the unconscious survival aspect of the nervous system and is approximately one million times stronger than the conscious brain. You can’t control it.  Since humans, and all living creatures, evolved from avoiding anxiety, we’ll do anything we can to avoid it.

But humans have a problem in that we can’t escape our thoughts. We’re all trapped by them. The more you fight or try to avoid them, the stronger they become and over time anxiety worsens. The additional problem is that the sustained level of stress hormones creates many physical symptoms because each organ system will respond in its unique way. So now you’re trapped by your thoughts, pain, multiple physical symptoms and often life circumstances. When any living organism is trapped, more adrenaline and cortisol is secreted in an attempt to solve the problem and further ensuring survival. You become angry and the levels of these chemicals skyrocket.

One afternoon, I was listening to a patient attempt to describe the depth of her suffering and it hit me how dark and deep this hole of chronic pain is for most people. I had a flashback to my own experience and not only did I not know how I ended up in this level of misery, I had no hope and wasn’t being given any answers. I kept descending deeper and deeper into darkness. I realized that words couldn’t come close to describing this scenario. At that moment, the word that came to mind was a deep dark abyss.

The medical profession is not only not solving the problem of chronic pain, we’re making it worse. When I lecture to various groups of physicians, I’ll ask the audience how many of them enjoy treating chronic pain. Essentially no one raises their hands. Since one and three Americans suffer from chronic pain, a high percent of their patients are dealing with it. (4) The frustration doesn’t arise from lack of compassion or motivation. We’re not properly trained to deal with it. We’re focused on treating symptoms instead of dealing with the root cause of relentless and progressive anxiety creating physical symptoms. If I hadn’t gone through my ordeal with pain, I wouldn’t have any idea either. I did spend the first eight years of my practice aggressively performing surgery for pain. Didn’t work.

So, we’re trained to recommend procedures for a neurological problem (5) and it can’t and doesn’t work. We’re continuing to take this approach in spite of medical research that says procedures generally don’t work and our pain epidemic is worsening. (6) What is even more problematic is that animal research shows that one effective way of inducing depression is to repeatedly dash one’s hopes. You’re offered solutions with a lot of positive anticipation and then are repeatedly disappointed. How this plays out is described in my post, “The Pit of Despair”.

If you attempt to solve chronic pain with a procedure, there is little chance that it will have a sustained effect. You can’t effectively treat a neurological disorder with isolated and random physical interventions. Patients are bounced around the medical system indefinitely and become discouraged (despondent).  My equation for “The Abyss” is:

As I attempt to describe this abyss, I am still overwhelmed with my inability to find words that express the depth of suffering. You’ve lost control over your happiness, ability to engage with your career, family, friends, and hobbies. Some of the losses include:

You’re trapped beyond words and you’re understandably angry. Dr. John Sarno called it “rage”. Additionally, the more legitimate your anger, the harder it is to let it go.

Consider the depth of “The Abyss”. Your soul is being pounded into the ground by a pile driver as you remain in your dismal body. Your life is being systematically destroyed, but in some cruel cosmic joke, you’re alive to bear witness – without hope. 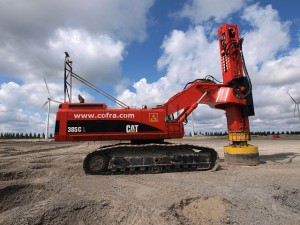 Dr. Viktor Frankl was an Austrian psychiatrist who survived the concentration camps in WWII. He describes the ordeal in detail in his book, Man’s Search for Meaning. Every detail of this  book is sobering and disturbing. The physical abuse he describes is incomprehensible. However, what was unbelievable to me was that he said the worst part of the experience was wondering if and when it would end.

A recent research paper documented that the effect of chronic pain on one’s life is similar to the impact of terminal cancer. (7) It’s ironic that you’ve worked hard towards achieving what you thought would be a successful and full life. You hadn’t anticipated the possibility of your life being consumed by pain. This dark place that develops in your mind is unusually deep – bottomless.