Bullying bothers me–a lot. When I was in middle school and high school, I was very fortunate in that I was not a target of bullying. However, I have watched dozens of friends and family come under attack from bullies. The results are often devastating. No part of bullying is OK with me. Society requires that children between the ages of 6 and 18 attend an educational institution. Kids are forced to closely interact with other kids they may not care for. Although some aspects of this scenario are important, some of the students are aggressive and target their classmates. 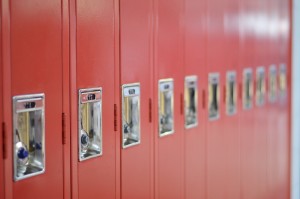 Some of the historical rhetoric used around bullying as included:

In defense of the teachers, schools are understaffed and teachers are overworked. Much of this behavior occurs at a level that is impossible to monitor. Fortunately, this conversation is changing.

From the perspective of the person being constantly bullied at school, it can be compared to serving prison time. You spend much of your awake time in a place you hate and you aren’t allowed to leave; the authority commanding you to stay in this desperate place does’t have adequate systems in place to protect you from the relentless attacks of your peers.

BTW, even prison can be a place of learning. This is a commentary that prison doesn’t have to be the way it is in the United States. Norway is far ahead of the US regarding the way they treat their prisoners. This video was sent to me by one of my friends from the Charter for Compassion.

There is an ill-defined mindset that seems to suggest that attending school is where you become “socialized”.  Enduring bullying results in dysfunctional survival skills. I wonder what percentage of patients suffering from chronic pain were bullied during their teen years.

Bullies are cowards. They are amongst the most insecure anxiety-ridden people on the planet. Their anger is an attempt to mask their vulnerability and helplessness, to regain a feeling of power and control. The angry bully is so anxious and scared that he’ll inflict wanton violence on the physically weak to hide his own anxiety. The bigger the bully, the more anxiety he or she is trying to cover up. Humans hate the feeling of anxiety so much that they will do anything possible to avoid it. It’s no accident that the weakest of the crowd often gets picked on the most. The weak remind bullies of what they are trying to run from—their own vulnerability. On the other hand though, bullies hate the secure and self-assured. It is a grim reminder of who they are not.

All this being said, I have tremendous compassion for bullies.

It’s not a great life.

Can’t give it up

It is also difficult to break out of the bullying pattern. It is powerful and addicting. Why would bullies want to give it up? Since the bullies are not going to willingly give up their power, the only short-term choice is to face it with power. There can be no tolerance of this behavior by anyone at any level at any time. Even if we cannot change the bully, we must protect the classmates that are being permanently injured by this incredibly cowardly behavior. Fellow classmates are a potential resource to stop the abuse. Addressing the root cause of unrelenting anxiety is the longer-term solution.

Pain and your family

I wrote a post, “Pain = Anger = Abuse.” The main point of the article was that while you are angry, you are detached from the current reality immediately in front of you. You do not have any awareness of the needs of those who are close to you. It is this lack of awareness that is the essence of abuse. Unfortunately, chronic pain creates a lot of legitimate anxiety and anger. The chronic nature of it makes it much worse and often patients are essentially in a rage. In that state of mind, it is almost impossible not to be abusive. (For more on the connection between anxiety and anger, check out “Your Hand Stuck Over the Stove”).

During my Hoffman Process, I learned that your family’s behavioral patterns and attitudes are passed down to you. For the first 12 years of your life, you are downloading your family patterns into your own behavior. You don’t have much say in the behavioral influences the get etched into your brain. From that point on, these behavioral patterns are your data base. The rest of your life is spent either adopting or rejecting these patterns. Consequently, your children are a direct reflection of you. Is your child is a bully? If so, where did he or she learn that behavior? Is there a chance he or she learned it from you, your partner, or both.

Maybe your child is a bully and you don’t even recognize it, because aggressive bullying behavior is normal behavior to you. Were you a bully in middle school or high school? Bullying behavior does not spontaneously disappear. It often just takes on different forms. What is your behavior like now? Are you willing to look at it?

This video is a parody of the recent Justin Bieber video, “Boyfriend.” It was created by my nephew and is titled, “Cool Kid.” It is a well-done commentary reflecting the views of many students trapped in our school system.

Bullying is deeply woven into the fabric of chronic pain. It is each person’s challenge and responsibility to define and face up to his or her role in this pervasive problem.