Recent world events have raised a lot of questions about why would people dedicate their lives to the pursuit of destruction? My observation is that this unspeakable behavior is one of the expressions of what is learned in school that we call, “socialization”.

The First Day of School

Every child entering school has a baseline anxiety that is heightened by leaving the familiar surroundings of home even if the home environment is dysfunctional. We are not taught how to process anxiety at any age, especially early on. It has been disturbing to me, as I talk to my patients in pain, that many report having significant anxiety since age five or six. I realize that I have a self-selected group but the vast majority of them report crippling anxiety during their teens. 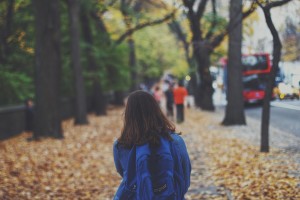 One of the main antidotes for anxiety is control. The more power you have the more control you can exert. Since every child has this need for affirmation, he or she is launched into a power struggle without an endpoint. What makes it even more problematic is you are now placing your sense of well-being into the hands of another person, who’s self-worth is reinforced by putting you down. It is a deadly cycle.

There is also a physiological reward for possessing power. Every human being depends on anxiety for survival. Your nervous system, through all of the senses is constantly scanning the environment for danger. This is an unconscious function that you will become aware of only when a certain threshold is reached. You are constantly controlling your environment or your behavior to minimize anxiety. The corollary of this scenario is that the more power you possess the more control you can exert. Indeed, the benefits of power have been demonstrated in a study looking at inflammatory markers in students who have been bullied versus the bullies. 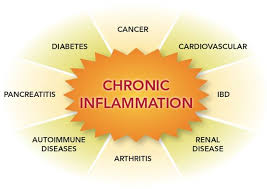 Researchers drew samples of this marker on children who had been bullied and found significantly elevated levels of C-reactive protein compared to those who had not been bullied. (1) Being bullied, as your introduction to the real world is a tough start. School or Prison: What is the Difference? What I find even more disturbing is that the levels of C-reactive protein in bullies were lower than the norm. There is both a social and physiological reward for possessing more power. How all of this plays out in adulthood is not subtle. Why would you want to give up the power of anger?

I had another patient who I had worked with for several months to avoid yet another spine surgery. It looked like he had re-ruptured a disc but I wasn’t sure how new it was. Over six weeks his symptoms abated. Several month later he returned with the pain being the worst it had been in a while. I have learned that stress can cause pain flareups because stress chemicals cause an increase in nerve conduction. I asked him if there was anything going on that might be causing more stress than normal. He was being severely bullied at work by almost all of his co-workers. It had been going on for a while. After some discussion, he made a decision to go to Human Resources as well as directly dealing with the bullies. His pain quickly abated.

First of all, to those of you reading this who are one of the people intimidating others around you, “Stop it.” What are you thinking? Are you continuing your playground behavior? Is your behavior something your children would be proud of? Do you want your children to behave in a similar manner?

Second, the name for this trend is, “mobbing.” If you can’t go to work and enjoy what you are doing, where do you escape to? We spend most of our waking hours at work? With your body under a sustained stress chemical assault, why would you not eventually become ill or disabled? Destroyed by bullies

Finally, it has taken me many years to figure out the major block to healing pain is that people become addicted to pain and won’t/ can’t let it go. They would have to learn to live with more anxiety for a while and they don’t want to. Then become honest with yourself and admit that you don’t want to give it up and then becoming angry at the medical profession who is trying to heal you, which also adds fuel to your fire.

I have patient who I have seen over several years. He is middle-aged and has experienced low back pain for over 10 years. He has disc degeneration that is not amenable to surgery. He never bought off on the idea of addressing his pain using the DOC concepts and did not want to let go of his anger. When he showed up in my office a couple of years later I vividly recalled our prior conversation, as the emphasis had not changed. He said, “I can’t let go of my anger.” I pointed out that no one was forcing him to hold on to it. I didn’t know any of the details of why he was so upset. I reminded him that he was the only one who was continuing to suffer. Dr. Luskin in his book, Forgive for Good uses the term, “renting too much space in your mind.”  I asked him again, “What could be so hard to forgive compared to this level of ongoing pain?” He didn’t answer me and walked out the door.

Although we can pay lip service to the concept of living a compassionate life, the unconscious survival patterns will always win out when we are exposed to stressful situations. The Angry Meditator The problem is further magnified by society’s emphasis on accomplishments and winning rather than play. The quest for power is endless since anxiety progresses with age.

Although power is necessary to deal with bullies who are terrorizing the world, fighting violence with violence is not a viable long-term solution. Anxiety-driven anger is the root problem. Understanding that anxiety is powerful automatic neurological response that is not amenable to rational interventions is the first step in solving it. Then presenting the solutions based on de-adrenalizing and re-routing the nervous system must be approached from public health perspective. If we began in pre-school we could  create a massive shift in human behavior and relationships. Why are we continuing to nurture a school environment where being a bully is your best chance of surviving? What has happened to the concept of play?

The First and Last Day of School