I will never forget a 40 year-old woman I met in the office a few years ago. She had suffered from chronic pain that enveloped almost her entire body since her late teenage years. She was anxious, depressed, and would barely lift her head to talk to me. The depth of her sadness struck me. She did not have a structural spine problem, and I began to discuss some of the ways she could approach solving her chronic pain. Shortly into the conversation she related to me that she had been severely bullied in high school and in spite of her best efforts she did not seem to be able to get past it. I never saw her back.

I was pretty shaken by the encounter in that she seemed so broken. I was talking to my assistant about the encounter and she told me a story about her daughter that happened in high school. She loved animals and had a cat that she adored. Her dream was to become a veterinarian. She was asked to the prom by a boy she did not care for and turned him down. He became very aggressive. He and a friend began to taunt her and threatened to kill her cat. They did. They killed her cat and then proceeded to make cat sounds every time they saw her at school. Her life was never the same and she did not pursue her dream. As a cat lover this story was quite upsetting to me. 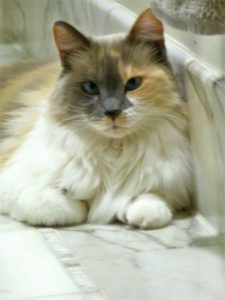 A study was reported in the New York Times last week about the effects on the body’s chemistry from being bullied. C-reactive protein (CRP) is a blood test that measures the level of inflammation in the body. It is sensitive and I order it frequently if I am suspicious of an infection. High levels have been correlated with heart disease.

The study was out of the department of psychiatry from Duke University. Researchers followed 1420 boys and girls between the ages of 9 to 21 with extensive interviews of close family and friends. (1) The CRP was elevated in direct proportion to the amount of bullying they had experienced. In contrast, bullies had lower levels of CRP – even lower than individuals who were not exposed to bullying. It was postulated that the increased social status of the bully might have “biological advantages.” Anger = loss of control

Stress causes changes in the body’s chemistry and every organ system is affected creating a multitude of physical responses. There are over 30 symptoms of the Neurophysiological Disorder (NPD). Prolonged stress is even worse. It is similar to trying to run a marathon at sprint speed. You will collapse and often quickly. The symptoms are not subtle. 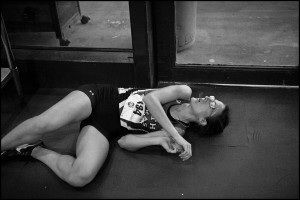 I have long observed that many patients have no interest in engaging in the DOC program. They don’t seem to want to let go of their anger. I think the reasons for a given person are complex but I do think that the need to remain angry is deep. If you are the bully there is a feeling (and bodily response) of power that is difficult to let go of. If you are the victim then feeling powerless is stressful. But it is also a familiar pattern and the only haven of power you have left. In the victim mode you are angry and you do feel powerful. You can then exert that power over your employer, the medical system, and your family. If down deep you feel powerless, what other choices do you have? Advantages of victimhood

I suspect that the bully’s bodily response is mediated through the pleasure centers and the victim’s through the fight or flight system. There is power in being a bully and there is power in remaining a victim. I don’t know what the chances are of a bully developing chronic pain but I do think the odds are much higher in the bullied group. Being bullied does cause an increase in inflammatory markers and there is an established link with chronic stress and  autoimmune disorders such as systemic lupus, ulcerative colitis, Crohn’s disease, and rheumatoid arthritis? (2)

Pain pathways and anger pathways are inextricably linked. You will not solve your chronic pain until you can let go of the past at a deep emotional level. Do you really want to heal?