Mike is a local physical therapist who is a friend of mine. He has been interested in the DOC project and, like me, has struggled with severe chronic pain. I have been helping him work through different strategies to pull out of it and he is slowly coming out of the hole. It has also given him a much different perspective on pain. A few weeks ago he wrote me this letter.

I was hoping I could ask you a surgery question. I know you do a lot of revisions.

There’s a guy who came to me in early 2014. He could not sit, lie down, walk or do anything to get relief from terrible pain. I referred him to a colleague who is a McKenzie certified therapist (emphasizing extension of the spine). He couldn’t help him. The guy just didn’t know how to get through the system and I think his physician handled his case, from what I can tell, poorly. He was about a month from his onset when he first came to see me and he hadn’t even had an MRI. Anyway he wound up having a two level fusion right out of the gate. Are You Kidding Me? Not a microdiscectomy; straight to fusion for an L4/5 paracentral herniation (this is a bulging disc and probably not the source of pain). A year later he’s worse off than he was before the surgery and that’s saying a lot. Video: Get it Right the First Time

His surgeon keeps turfing him back to physical therapy because he just doesn’t know what to do with him but we can’t help him.

Other than the fact that he’s still in such bad shape how do you know when a revision is appropriate? As we know, you can always find someone willing to operate. I was talking with a patient the other day who seemed really down and when I asked her she said her daughter was going to have another back surgery. Number eleven!!! “The Pit of Despair”

This guy is only 32 years old and he lives every day in terrible pain. We just don’t know what to tell him other than we can’t help him. It’s so scary. What I’m going through is a mild nuisance compared to what this guy faces every single day. And I made it to 55 before my “problems” began.

Hope you’re well. I began doing some Qigong everyday a week or so ago. I think it’s been good for my mind. Best regards, Mike 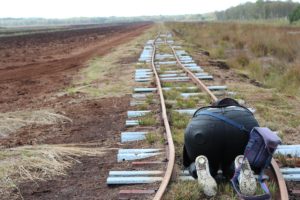 Hi Mike, The data shows that when you perform surgery in the presence of chronic pain that there is a significant chance that you can induce chronic pain at the new surgical site.(1) Of course you can also make the pain worse at the site of the pain. You already know my thoughts about spine fusions. They simply do not work for LBP. I see this scenario every week and is maybe the biggest driving force in pursuing the DOC project. He is a classic person who would respond to the tools in Back in Control, but often patients are so angry that they are not open to anything. I have learned to simply let go hopefully they are open in the future. If he would be willing to read the book AND begin the expressive writing I would be happy to talk to him. Otherwise, I have learned that my conversation is not productive. Physical therapy is helpful, but as you know, is best combined with treating the other factors that affect pain. I am personally re-engaging with the writing/ active meditation at a much higher level along with the gym and a better diet. My knees are finally turning the corner. It has been very humbling and enlightening experience. I am glad to hear you are moving forward. Let me know if I can be of some specific help. Best regards, David

I’ll give it a shot. I’ve thought about it in the past but I just don’t know if he’ll go for it. When I first met him I had all kinds of alarm bells going off, as did my colleague Henry, about how the whole process was unfolding for this guy. And we both told him so.  But he just did the passive patient thing and allowed himself to be carried by the currents of a very unplanned plan of care that he had no capable point person guiding him on.

But at this point what’s he got to lose? As I say about so many of the changes I’ve undergone in my approach to all this; “There are no atheists in a foxhole”.

This whole process has been such a, I don’t know what to call it – a revelation to me. After becoming a physical therapist I became aware there are a lot of people living in chronic, unsolved pain out there. But once you’ve walked a mile in their shoes the numbers of people out there living like this guy becomes staggering and frightening. Like most people I always felt so bad about the people who died young but never really considered people who lived with pain every day. I would have a fleeting thought of “glad that’s not me” and would dread them turning up on my schedule because they made me feel so helpless. My god – the self-centeredness of that mindset. These people made me feel helpless.

I’ve come to believe that in many ways the guy who dies of cancer at age 32 is better off than this guy who, at age 32, has to live the rest of his life in the kind of pain he faces every day. And everything that goes with it: the economic insecurity of trying to live on a monthly disability check, the loneliness of not being able to take part in a life like the other members of his cohort lead, the horrible boredom of being unable to work, have a career and to be so limited physically.

The way I’ve come to feel about it now often makes me think of your remark about how the “certain inalienable rights” to which we are all entitled fell one short in not including a right to live without pain.

Speaking of which I’m really glad to hear your knees are getting better. Mike

First, not being in pain is a basic human need along with food, air, water, etc. When any of these needs are unmet the human body’s reaction will be intense. Maslow’s Omission

Abraham Maslow was a prominent psychologist who chose to look at the reasons why people thrived in life. He developed a well-known “hierarchy of needs” that he presented as stacked rows shaped in a pyramid. The bottom row includes: air, food, water, sex, excretion, and sleep. The top of the pyramid is, “self-actualization. It is difficult if not impossible to progress up the pyramid until lower needs are met. One need that he did not mention was, “not being in pain.” It is my feeling that it is one of the basic needs that belongs on the bottom row. Your reaction of feeling trapped and angry is completely justified when they are unmet. That is why becoming pain free requires multiple strategies. You cannot just will yourself out of it with positive thinking or mind over matter. Your Personal Brain Scanner

Secondly, I have also felt that chronic pain can be worse than having a terminal illness. I clearly recall the intensity of my feelings when I did not have any hope the pain might end or when that might be. Being in constant mental or physical pain is one of life’s most difficult stressors. It’s paradoxical that a beautifully designed system intended to protect you can also cause so much grief. The crushing aspect of chronic pain is that there appears to be no escape or an end in sight.

The feeling of being trapped was familiar to Viktor Frankel, a famous Jewish psychiatrist who survived WWII concentration camps. He wrote a classic book, Man’s Search for Meaning. It is striking that in spite of the extreme physical hardships Frankel endured, for him the most difficult part of the ordeal was not knowing if and when it was going to end—which is similar if not identical to what patients in chronic pain experience.”

Finally, it is now well-documented in many research studies that not working is bad for your mental and physical health – really bad. (2) The human body is designed for survival and does not perform well when not challenged. Additionally it has been demonstrated that working and having a sense of purpose actually slows down the aging process at the cellular level.

If you are reading this post with complete disdain for all of these ideas please understand you are experiencing one of the symptoms of a stressed and over-adrenalized nervous system – obsessive thought patterns. I call it “phantom brain pain.” Similar to phantom limb pain these spinning circuits don’t stop and are unpleasant. It appears that Mike’s patient may be in this situation. 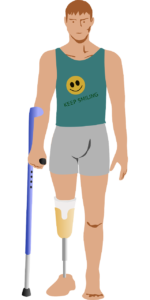 It is also well-documented that your brain physically shrinks in the presence of chronic pain and fortunately re-expands with successful treatment. (3) Adrenaline may be a factor in that it diminishes the blood flow to your brain. This phenomenon affects your perceptions and reasoning. Anxiety, Anger and Adrenaline

Between a decreased brain mass, diminished brain blood flow, obsessive thought patterns that seem like your reality, and anxiety you may not have the mental capacity to process new concepts.  You also may not really want to heal and/or you just want to be fixed. The only chance you have is to begin to engage in some basic tools to break up these irrational thought patterns. It is well documented that writing down your actual thoughts has an effect on doing this. I call it, “mechanical meditation.” Write Your Way Out of Pain

My plea to you is simply pick up a pen or pencil and start spewing out any of your thoughts on paper and immediately tear them up. It can and will break through these circuits. Just do it.