Self-esteem is one of the worst concepts ever propagated. While the definition itself appears harmless enough on its surface, “confidence in one’s own worth or abilities,” the ideas surrounding self-esteem implies that if I had enough of “X,” then I would have less anxiety, less frustration, and more happiness. “X” can be a material thing, an experience, a relationship – almost anything. The idea of self-esteem must die.

You’re never going to get rid of anxiety or anger. They are a necessary part of life. It has been demonstrated that avoiding these emotions will just increase their frequency. In the famous White Bears study, Dr. Wegner demonstrated that when you to try not to think about something, you will inevitably think about it more. Ignoring your anxiety and frustration will not get rid of those feelings, and the concept of self-esteem won’t help for a variety of reasons.

First, self-esteem involves endless judgments of you versus those around you. You are either “better than” or “worse than” the people around you. This line of reasoning creates labels; you cannot really see who other people are, what their needs might be, and how you might help. You have lost awareness. This is the antithesis of what is necessary for the world to become a better place – the acceptance and celebration of differences.

Second, attempting to build self-esteem involves using rational methods to deal with irrational neurological circuits. The emotional unconscious brain is much more powerful than the intellect; it’s a huge mismatch.

Third, what happens after you’ve achieved the things that should have alleviated your frustrations and anxiety, and it doesn’t work? (and it won’t) You will become more frustrated because there’s nowhere left to go. The list of high-profile people who have self-destructed is long. They usually had every imaginable comfort life has to offer. It’s impossible to outrun your mind.

In the medical profession, it expected that you encounter death frequently. What is not as talked about is how often those deaths are of fellow medical caregivers taking their own lives. I know of 19 medical colleagues who are dead from suicide. Two close friends, and also four out of my eighty medical school classmates are dead from suicide.

These aren’t just numbers to me. I had a friend who was an excellent spine surgeon and one of those guys you could count on for anything. He had spent the day in surgery with me, assisting with a difficult operation. At two o’clock he shook my hand and said, “Nice case, I have an appointment I can’t miss.” He walked out, and three hours later shot himself.

All of them were “living the dream.” They were highly educated, wealthy, with big reputations, beautiful families – the list is endless. They possessed more than enough to have self-esteem. Yet the anxious, perfectionistic drive that pushed them to the top destroyed them.

Perfectionism is rampant in the medical culture. Although “perfect” sounds reasonable when applied to surgery, it is actually deadly. What it does it creates an intense, chronic anxiety of “never being good enough,” and then frustration of never being able to achieve these unattainable goals. Perfectionism fosters anxiety-driven anger. Over time, the anxiety becomes intolerable. People don’t kill themselves because they are depressed. It is an angry act. Anger is destructive and the ultimate act of destruction is to destroy yourself.

I know this first-hand because I went through a similar experience that came to a head in 2002. I was actively suicidal with extreme anxiety for 18 months and crossed the line to put my plan into action. I was lucky. I made it through this gauntlet. I eventually published my story in 2011, in our national spine publication, SpineLine.

In my book, Back in Control, I talk about my son, Nick, and his friend Holt, who are both world-class mogul skiers. I learned many of the performance concepts presented in my book from watching them deal with the adversities of competing under intense pressure, while being at the mercy of judges. They were also obsessed with winning as the ultimate goal. Through working with an athletic performance coach, David Elaimy and also myself, they were able to learn to enjoy the journey regardless of the outcome.

In 2007, Holt won the national championship in mogul skiing. He felt that significant contributing factors to his victory were the awareness and visualization techniques presented in my book. One principle was letting go and performing with freedom. By connecting with his best effort instead of the outcome, his performance soared. The day after his victory, he turned to me and said, “You were right. Winning changed my life for about twelve hours. Life moves on.”

No matter your profession – a surgeon or an athlete – if you are connected with who you are, then you can create the life you want. If you are creating a life to fill a hole inside you, it becomes a major problem. It’s important and rewarding to strive for excellence; it just has nothing to do with decreasing anxiety and frustration. 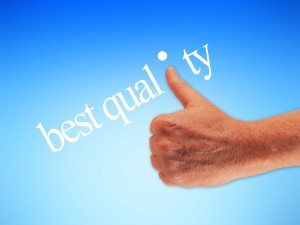 “Better Not Look Down”