Anger is destructive. Although acute situational anger is necessary for navigating life’s pitfalls, remaining chronically angry will physically damage you, your quality of life, and relationships. It is also the tipping point of allowing healing to occur versus remaining in pain.

Although you can experience significant improvement in your pain without processing your anger, it is usually modest compared to those who experience dramatic healing from acquiring the skills of processing and letting go of anger. Creating a shift in your brain to enjoyable neurological circuits and stimulating the formation of new ones is one of the core concepts in healing. The vast majority of people suffering from chronic pain are still angry at the person or situation that caused the pain.1 That means your nervous system is connected to the past, and instead of moving forward, you are stuck.

A metaphor that illustrates the impact of anger is how they handle elephants in India. When the elephants are small, they train them to stay in one place by tying one foot to a stake with a chain.  When the elephant has grown into a huge adult, it will still be held in place by the same type of small stake. Even though the chain could be broken with minimal effort, they have been programmed to think of the stake as unbreakable. Anger is similar in that it anchors you down, while at the same time, it would require minimal effort to “break the chain.” So, your brain is on high alert and your body is being flooded with intense threat physiology. 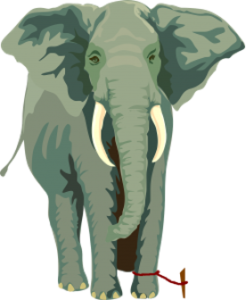 Letting go isn’t nearly as difficult as you might think and the impact on a person’s life happens quickly. The anger switch is either on or off and there is not much middle ground. Within weeks of crossing this threshold there is usually a significant improvement in pain, other physical symptoms abate, and anxiety drops. The difficulty is in making the initial decision to give up anger because it is so powerful and addicting.

Rachel was a middle-aged woman who had undergone four major spine surgeries and still had ongoing pain. I had performed the last two surgeries, each of which gave her about six months of relief. When the pain returned, the new studies were fine and there was nothing I could do to surgically help her. By this time, she knew my lines well, but was not buying the pain circuits idea and that ongoing anger could keep this much pain fired up. I finally gave up and encouraged her to get another opinion. About a year later I received a jubilant email from her that she was free of pain. Her comment was, “Who would have thought it was the anger?” Once she crossed that line, her pain resolved within a few weeks. She remarried and learned to thrive in the midst of ongoing personal adversity. She let go, moved forward, and created her own life.

Your brain trapped in pain

In addition to having a shorter life span,2 the ongoing inflammation also includes your brain. You can’t think clearly because blood flow is shifted away from the rational thinking centers (frontal lobe) and your brain physically shrinks.3Fortunately, it regains normal size after the pain resolves. It is a catch-22 in that decrease in cognition and comprehension often blocks engagement with treatment. It is the reason why The DOC Journey is arranged in a specific sequence. It is critical to approach all of this in a systematic manner with first bringing your brain back “online” and then you will have the capacity to learn the skills to effectively process anger.

Suffering from unrelenting pain is like having your soul pounded into the ground by a pile driver. Your life is being systematically destroyed. You may have achieved a full and successful life only to have it consumed by pain. No one warned you in high school that this could happen. The dark place that develops in and envelops your mind is deep. My patients cannot find words to describe the depth of frustration they feel being in “The Abyss.”

Anger ushers you into The Abyss and it is anger that keeps you there. People intellectually know that being chronically angry, as most patients in pain understandably are, is not a great way to live life. A high percentage of the population lives in chronic pain. There are over 100 million people in the U.S. alone suffering from chronic pain.4 There are many ways to fall into and remain in The Abyss including:

Pain = Frustration. In the presence of unrelenting pain this frustration can be intense. You become disconnected from subtle cues in your immediate surroundings and your awareness goes to zero. Lack of awareness is the essence of abuse. Although you may not see it that way, your family, especially your children are perceiving you much differently. They are completely dependent on you, have no control, and they are fearful, if not terrified when you are upset. At a minimum, you have ceased to become the source of peace, love, joy and happiness within your family. There is a high chance you are not volunteering to be their coach or taking an active role in their lives. Chronic pain takes a terrible toll on those close to you. 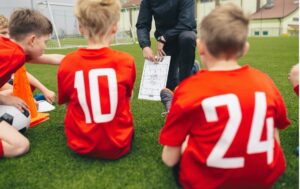 Chronic pain played out in the family

This article reflects only the smallest fraction of the ways anger can and will destroy your life and the lives of those close to you. It is simply a higher level of response to threat and the frontal lobes of your brain don’t optimally function. It is the antithesis of awareness, which is the essence of functional relationships, including that to yourself. Learning the skills to process anger daily is a major step in taking back your life.

Our afflictions are not imposed by the Divine.

Rather, they lead us to the Divine more often than our joys do.

Do not resist the bitter pills in your life;

know that they will lead you to a greater awareness.

The essence of enjoyable and functional human relationships is being aware of your needs and those close to you. It also requires allowing yourself to be vulnerable. Anger blocks both awareness and vulnerability and is actually destructive. Being trapped by any situation, especially pain, creates endless frustration. You are now being pulled into a dark hole that I call, “The Abyss” and your life as you knew it can disappear.

Anger impacts every aspect of your life, and you are tethered to the past. Releasing yourself is not difficult with the right approach. Trying to move forward without using specific tools is impossible. Take some time to become aware of the effects of anger.