The DOC process evolved from my own, mostly futile, attempts to both figure out how I fell off a cliff into the Abyss of pain within a matter of 10 minutes and then how to get back out. I tried everything, talked to anyone, had medical workups, and eventually gave up all hope. Not only was every intervention unsuccessful, I kept getting steadily worse. It was by accidently re-engaging in the writing exercises suggested by David Burns in his book, Feeling Good (1), did I sense a shift for the first time in 13 years. Six weeks later, I was significantly better, I was sleeping, my anxiety decreased, and the burning in my feet, which had become extreme, was tolerable.

I plateaued for about six months but now had some hope. I had always perceived myself as “cool under pressure” and felt that most things weren’t worth getting upset about. I could not have more wrong. What I was highly skilled at was suppressing anger. It exploded and I did not process it well. 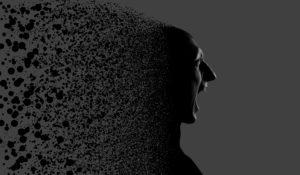 I first had to admit that I had a lot of anger, but since “I was right”, I didn’t perceive it was a problem. So, I wasn’t progressing much and my life continued to disintegrate. Over about six months, I was finally able to learn some basic anger concepts and skills and began to rebuild my existence. What I did not expect is that my all of my physical symptoms began to improve and six months later, they had all but disappeared. I was shocked and still did not understand the role of sustained anger and elevated stress hormones/ cytokines causing inflammation.

From reactive to creative

Many people get to this spot of a dramatic turnaround and stop the journey, which is fine. They are excited, as am I, and they usually continue to do well. However, I also think that they have missed the best part. Instead of having to fight your way out of The Abyss, you have the opportunity to further connect to who you are, move forward from your center in a powerful way, and experience life at a level you never knew was possible. That is what this phase, Expanding Your Horizon is about.

The healing journey is based on connecting to your own capacity to heal, learning tools to optimize your body’s chemistry, feeling safe, and then creating the life that you want. As you move towards your idea of what you want your life to look like, you’ll be shifting off the pain circuits and nurturing ones that bring you pleasure and satisfaction. As you move into regaining your life perspective, connecting with your passions, play, and giving back, you’ll be spending much less time reinforcing your pain circuits and thrive.

Here are the areas to address that will enable you to experience the best part of your journey:

Addressing sleep was the first step in the evolution of the DOC process. Twenty years ago, only a small percent of physicians dealt with sleep issues. I took an aggressive approach and would begin with “sleep hygiene” measures. But if a patient wasn’t responding within a couple of weeks, I would use combinations of sleep medications. Most people would respond within six to eight weeks. A significant percent of patients experienced a dramatic improvement in their pain. It wasn’t until years later, that I read a major paper showing that lack of sleep could induce chronic pain. (2) Unfortunately, it is still common to have major risky interventions done or recommended before sleep is addressed. 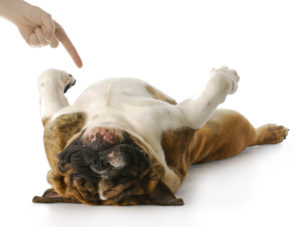 Processing stress became inherent in my practice as I worked with patients dealing with the problems created by being in chronic pain. I had experienced a lot of benefit with the book, Feeling Good, as I mentioned above and I had my patients use it. I quickly noticed that the only ones who responded were those who did the recommended writing. Other stress management approaches emerged over time. I eventually learned that stress is not the problem, as much as your reaction to it.

Medication management is critical. You need symptomatic relief to give you “the space” to learn and implement the tools to heal. They will become much less important as your pain resolves and no one really wants to be dependent on medications. They are expensive and a hassle.

My approach was the reverse of what is usually done. I would keep patients on the same medications, including narcotics. Medication discussions were always face-to-face. Although, the goal was to wean down, the patient always had the last say regarding how quickly this would occur. Anxiety is the pain and going to war over medications is counter-productive. With the patient in charge, he or she had control (an antidote to anxiety) and I rarely had a problem with patients coming off of their meds. In fact, as the pain dropped, the side effects increased and they were anxious to stop taking them. The only criteria I required was that they had to be actively engaged in the other aspects of the structured care approach.

Life outlook is one the most important aspects of healing. Goal setting is a core aspect of stimulating neuroplasticity. Your brain will develop wherever you place your attention. It is similar to learning a new language. You have to decide what you want your life to look like, what you want in it, and then pursue it. Otherwise you are still focused on the problem and not the solution. A corollary aspect of this is forgiveness. You can’t move forward until you can let go.

Awareness of the nature of chronic pain is important because it is so complex and each individual is unique. The traditional approach is to manage it, not solve it. Random simplistic treatments are used to treat symptoms and not address the core problem of a fired up nervous system and sustained exposure to elevated stress chemicals. The DOC process is a framework that allows you break down pain as it relates to you into its components. It allows you to address all of them simultaneously. It is this multi-pronged approach that is what is so effective in successfully treating chronic pain.

The final component regarding family dynamics came about over the last few years of my practice in Seattle. We had known that chronic pain takes a terrible toll on the family. It became clear that a patient could engage in many aspects of the DOC process but the family dynamics would sabotage everything. Conversely, by addressing the family interactions around pain, patients would often experience powerful healing. We began to set up rules around pain in the household. The basic one was that the patient could not discuss their pain with anyone – ever – especially with their family. The corollary was no complaining, giving unasked-for advice, or criticizing. Basically – be nice.

From reactive to creative

Don’t stop now when you are really just beginning. It is a triumph to be out of The Abyss, but there is much more to life than just surviving. Most people have been fighting the pain for so long that they have forgotten what it is like to relax and enjoy it.

If you take the word, reactive and move the “c” to the front, you have the word creative. If you can “c” first, you have some space to look at your options and create your reality.