My first migraine happened on the 4th of July. I was five and was excited because the local fireworks were being set off in the town commons directly across the street from our house. But as the sun set, my head began to throb and by 10 o’clock I had a splitting headache. In the midst of the fireworks, it felt like I was in a battlefield. 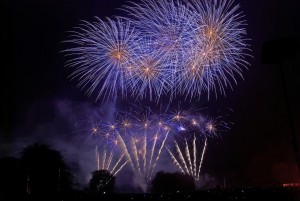 This was my first symptom of a stressed nervous system. I would develop 16 more over the next 50 years. My suffering included: tinnitus, burning feet, prolonged tendonitis, insomnia, anxiety, Obsessive Compulsive Disorder (OCD), major depression, migratory skin rashes, crushing chest pain, sweats, PTSD, back and neck pain, heart palpitations, light-headedness, and tension headaches. At my lowest point these were all occurring at the same time.

My father was a family doctor in a small New England town. He worked over 80 hours a week and was highly respected and appreciated. My mother was active in many local activities. I was the oldest of four children with two brothers and a sister. People would often comment on what a beautiful family we were – and we were. Except what was not known was that my mother spent most of her time in a rage that was so intense that she physically and verbally abused us. My father was not around much and he did not comprehend the extent of the problem. Since it was all we knew, we thought this was what life was supposed to be like. Interestingly, one of the few things that would cut her anger short was one of my migraines. She would instantly become a loving and nurturing mother, placing cold compresses on my forehead and keeping everyone quiet.

When I entered high school, I felt a deep shift. I was increasingly aware that my family life was not so great and I decided that I had had enough. I “shut the door” on my past. Although I still lived at home, I mentally separated from the chaos. I embarked on a quest to create a new identity. I became an excellent student, trumpet player, hard worker, leader and athlete. During my junior year in college I took 18 to 21 hours of credit every quarter, worked construction 10-20 hours a week, played sports, had an active social life, ran for student body president, and pulled off a 4.0 GPA. I was having the time of my life. What I didn’t do was sleep much. I continued on to graduate from medical school with honors and was accepted in a competitive orthopedic residency in Hawaii. With a great wife, living in Hawaii and a promising career I thought I had it made – until I didn’t. I was unaware that I was keeping busy to outrun my past. I had no connection to my anxiety and anger and I didn’t even know what it was. The myth of self-esteem

I had completed two years of internal medicine residency before I entered surgical training in Hawaii. Most orthopedic residents undergo a couple of years of general surgery residency before specializing and are comfortable in the operating room. I had never made a skin incision or even knew how to tie a knot. The stress was extreme except I did not feel it. I was wrapped up in my identity of being “cool under pressure.” I did notice that my feet were burning while I was jogging, which I thought it was the warm Hawaiian pavement. My migraines became more frequent and I had the reoccurrence of warts over both of my hands. One afternoon, while in a weekly orthopedic conference, I noticed some odd, vivid intrusive thoughts entering my mind. I didn’t think too much about it but I felt a bit unsettled. Still, I was on top of the world enjoying my family, learning and living in a paradise.

The wheels really started to come off when I began my post-residency spine fellowship at one of the top programs in the world. It was not as physically demanding as the rest of my residency but the expectations were extremely high. I was confident and didn’t need praise for doing a good job. But I was not used to everything I did “not being good enough.” I had two episode of light-headedness in surgery. I scrubbed out, grabbed some food and scrubbed back in. My migraines became more frequent (they could not become more intense) and now my ears were ringing in addition to my feet burning. I continued to push onward.

My “identity” continued to evolve into being resilient and I could handle an unlimited amount of stress. It was a badge of honor. The stresses I encountered in private practice dwarfed any prior challenges in my training. I recall sitting at my desk one night after a 14-hour day thinking about my day.  One patient had developed a serious postoperative wound infection.  Another one had gotten into a fight with a security guard. Because of high office overhead, I was not getting a paycheck that month. I thought, “I can do this. Bring it on.” A few weeks later I crashed. 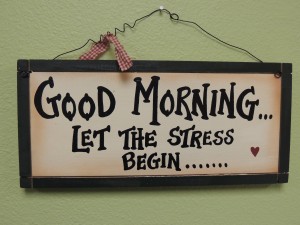 I was driving across a bridge late at night when suddenly my heart began to pound, I couldn’t breath, I was sweating and became light-headed. I thought I was going to die. It was the first of many panic attacks. I honestly did not know what anxiety was. Having my first connection to it being a panic attack was a rude awakening. It the beginning of a 13-year spiral down into hell.

No marriage could have survived me dealing with all of these symptoms and I was often not in a great mood. I worked at hiding it from almost everyone but I had a limited capacity to reach out to others. As my marriage fell apart, I descended into a full-blown obsessive compulsive disorder (OCD). I had the internal version, which is experiencing vivid intrusive thoughts that I would counter with “good” thoughts. I was in an endless unwinnable battle and they progressed to disturbing impulses. Along with my many other symptoms, I was in bad shape. I still did not know what was happening to me although I had pursued every possible avenue for relief. Then I made the mistake of reviewing some articles on OCD and discovered that the prognosis was and still is poor. The best outcome would be to somehow manage or diminish the symptoms with medications or behavioral therapy. Needless to say, I become despondent.

I now understand that major life changes, especially around the family, create more stress and symptoms. The stresses can be positive or negative. The problem with major family events is that they can penetrate the façade, which I had been working on for decades. A major shift in my symptoms occurred with the birth of my son. My divorce was disastrous. The burning in my feet increased to the point where they felt like they were in a toaster oven. My ringing in my ears was intolerable, I could not sleep, and my other symptoms increased.

I would’ve thought that meeting my current wife would have been the answer to my suffering. We had an instant connection and I fell in love – except it felt like I was falling off of a cliff. I lost control. When I mustered up the courage to tell her that I was in love with her, she thought I was going to tell her that I had terminal cancer. My suffering dramatically worsened and I was beginning to give up. No avenue of treatment was working and I had no hope.

My book. Back in Control is the summation of 15 years of learning both through success and many failures. My journey out of pain began with me picking up David Burn’s book, Feeling Good. He not only provided many great insights but instructed his readers to begin writing. I began to write like a fiend and within two weeks I felt a shift and six months after I recognized and processed my anger my symptoms rapidly disappeared. I was shocked as I assumed I would be living with burning feet and tinnitus the rest of my life.

I am working hard on synthesizing my journey and most people that engage with the evolving DOC concepts have a shift in their mood and symptoms within a few months. Persistence and repetition is key. This website is the action plan of the book. Consider Stage One as homework and the building of your foundation to begin the healing process.

Although I am dealing with a new challenge of arthritic knees, I have been relatively free of pain for over 14 years. I got lucky. It took me many years to understand why I descended into the Abyss and how I emerged. I did not learn about chronic pain in medical school, residency or fellowship. I experienced every aspect of it from the bottom up and I had many teachers show me different aspects of the way out. I feel privileged to be able help others out of this deep hole much more quickly than I did and this phase of my career has been incredibly rewarding.