I saw two movies and a show this month that highlighted many issues about the human condition and pain. I first saw the 2015 movie, Cinderella, then a show, Ain’t Too Proud, which was a musical about the Motown group, The Temptations, and finally a movie, The Florida Project. I had no expectations other than being entertained. But several themes kept emerging. Interestingly, an answer emerged out of the fairy tale of Cinderella.

The essence of this post is that there is nothing any person can do to escape their thoughts. Unfortunately, unpleasant thoughts create the same chemical reaction in your body as threatening physical input. Any sustained threat is eventually going to make you sick in a number of different ways.

The Florida Project portrays the life of a six-year-old girl who lives with her mentally unstable mother in a low-class motel just outside Disney World in Orlando. There is a stark contrast between the amusement park and her reality. Initially, it seems that her mother is able to somewhat hold it together but then she begins to rapidly buckle. She goes from erotic dancing and begging to prostitution. Finally, social workers have to step in to protect the daughter and get her into school. She and her mother had a tight bond but the problem was that it was based more on her mother being a playmate than an adult. Like most people in her situation, there was no escape. She lived in abject poverty without structure or role modeling. Her solution for her situation was for her and her best friend to run from the authorities and “escape” into the Magic Kingdom. 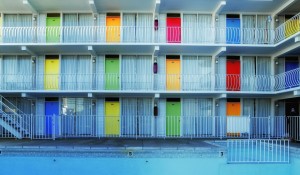 Ain’t Too Proud is a remarkable musical that is headed to Broadway. The Motown business model for the group was that the singers were replaceable. This clearly wasn’t first choice, but often the performers were difficult or encountered severe personal problems. The group was formed in the early 60’s and is still performing today. Otis Williams was the pillar of the group and the only one who is still a part of it. There have been over 20 different members since its inception.

What’s sobering was that the original groups came from difficult family and environmental circumstances. Each of them had big ideas and dreams of overcoming their beginnings. It was inspiring to hear and feel their energy. Unlike the girl in The Florida Project, they did it. They became incredibly successful. They possessed wealth, talent and fame. Yet one by one they self-destructed. They couldn’t get along or even be happy. David Ruffin was one of the more dramatic stories. He was the lead singer that originally put them over the top. But he was violent towards his family, became addicted to drugs and tried to have the group named after him. Even after he was released, he would jump up onto the stage and perform with them like he was still part of it all. 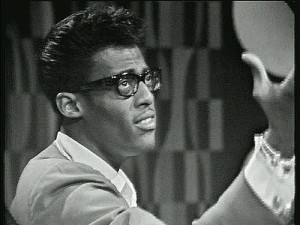 We all know the tale of Cinderella. What I didn’t know was that there have been many versions of it, written over centuries. It seems to have originated around 7 BC. The recent Disney rendition is incredibly well done. I was watching it to help keep my infant granddaughter entertained. She didn’t care much and fell asleep. I began to get pulled into it and realized that the story contained many layers of metaphors. Cinderella was trapped by her stepmother and two stepsisters. However, she had loving parents who imbedded a deep value system based on truth and love. Nonetheless, she was essentially imprisoned in her own house and treated as a slave. She didn’t have much hope of escape. 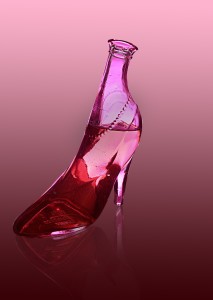 Her hope appeared as her fairy godmother and you know the rest of the story. You must be thinking that I am out of my mind. Why would a fairy tale have the most relevant answer to being imprisoned by pain? Whether she was in the woods or at the royal ball, her value system shone through in her appearance and demeanor. She wasn’t trying to be someone that she wasn’t. When her stepmother tried to bribe and then threaten her, she wouldn’t back down. She chose to remain in her current state rather than betray the prince. She asked the question, “Why are you treating me this way?” There was not a good answer. The last thing she said to her stepmother on the way out with the prince was, “I forgive you.” She went on to live happily ever after.

You can’t outrun your mind. All of us know this at some level. In the first scenario of The Florida Project escape seemed possible by running into Disneyland and the land of happiness. That is a fantasy that most of us pursue incessantly. We work hard at creating a reality that will quell our fears. Since the unconscious brain is so much more powerful than the conscious brain, it can’t and doesn’t work.

The Temptations’ story is compelling in that each of them obviously needed to escape from difficult environments and they accomplished it in a big way. But they only become more miserable in the midst of having every possible physical need met. You might wonder how can this be? I think it is the norm. When you achieved everything you thought you needed to become happy and still feel trapped by anxiety and frustration, where do you go next? It is desperate feeling and the situation becomes worse.

This is what happened to me, as I descended into my own Abyss. I remember skiing in Utah on a clear day with 18 inches of new powder. I was with friends and family. My practice was going well. I owned a nice house near town. I was traveling and lecturing and my anxiety was continuing to escalate. I embarked on even a more intense phase of working to quell the noise in my head. I outran it for a while but then I really crashed. I had nowhere to go. Many of The Temptations self-destructed having much more than I did. Who doesn’t want to become a rock star? 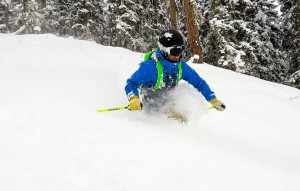 How can the answer lie in the tale of Cinderella? She was able to attain peace of mind in the midst of dire circumstances. She didn’t succumb to viewing herself as a victim although she was actually being victimized. She was able to stay grounded and eventually thrived. You are still saying to me that “I am being unrealistic. How can you have peace in the midst of chronic pain or terrible circumstances?”

Connecting to your healing capacity

I am not dishonoring anyone’s suffering, including my own. Peace of mind is achievable although it is admittedly more difficult when your basic needs aren’t being met. I witness it weekly. The key is connecting to your own value system and thereby to your own capacity to heal. You can’t accomplish this with positive thinking or mind over matter. You will lose. The paradox is that the calmer you are, the higher the chances you will be able to come up with constructive solutions to improve your physical situation. From reactive to creative

There are many high-profile examples of this scenario. The one I am most familiar with is that of Viktor Frankl, who was an Austrian psychiatrist imprisoned in a concentration camp. His immediate family was executed. He was subjected to extreme physical pain, yet he was somehow able to ask the question, “What is life asking of me now?” He was able to find meaning in the midst of suffering. He wrote his story in nine days. Man’s Search for Meaning sold more than 30 million copies. Not only did he survive, he thrived after his release. He was able to forgive and move on. I’m pretty sure that I wouldn’t have been able to pull this off at his level, but I was finally able to let go and move forward. I have watched many others do the same. Moving forward with your pain

It is critical to understand the link between pain and anger and as long as you want to hold on to your anger, you will hold on to your pain. The answer to pain is in the “fairy tale.” It’s not a fantasy to become aware of your thoughts and life outlook and then engage in the processes that will allow you to become free. It is a remarkably energizing way to live. Although there may seem to be some early success in trying to outrun your mind, people commonly eventually wear out and descend into The Abyss.

Which Abyss are you trying to escape from? Is it the difficult circumstances you are living in or is it the one where you are being pinned down with repetitive unpleasant thoughts? There is a lot of anxiety in both of these holes. Could it be that your anxiety is crippling your capacity to create a better environment or get the training for a higher paying job? Am I operating on your pain or anxiety?

There are two types of hell – the physical one and the mental one. By escaping from your mental one you will have a higher chance of separating from your physical pain and attaining your dreams. 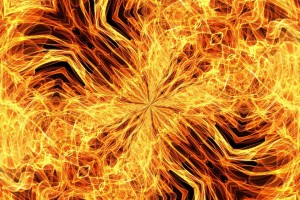 Mental or physical health – which is more critical?

The ring of fire