Another level of awareness involves judgment and storytelling. We are programmed from birth to be a certain way or not based on the opinions of our parents, siblings, teachers, peers, and society. Each input is processed by your brain to create your version of life and how to best live it. The problem is that we are living out these stories, but we are not necessarily connected to who we actually are. These judgments/ stories tend to be rough and inflexible self- criticisms. The brain will focus on the negative judgments that ramp up our emotions because that is what is supposed to do – be on the lookout for danger. What does all of this have to do with being in pain? It fires up our flight or fight response, is inflammatory, sensitizes our nervous system, and we feel more pain.

These “stories” we have about ourselves that we project onto the world is the way we create our egos or self-image. One term for this process is “self-esteem.” It is a deadly process that is a root cause of many bad behaviors. Humans are focused on not being vulnerable because it threatens survival. We also know that emotional pain is as or more disruptive to your well-being as physical pain. So, we spend a tremendous amount of energy on appearing powerful–both to ourselves and the world. 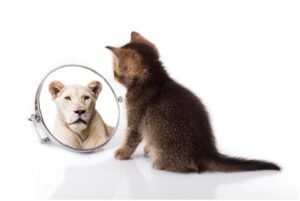 The problem is that it can’t and doesn’t work. The unconsciousness survival response which is the source for the sensation we call anxiety, is far more powerful than our conscious brain. The personal and societal consequences are severe. Our “identity” is defined by our mental constructs of ourselves, most of which is created by the perceptions and reactions of those close to us. This is even a bigger problem if you were raised in a chaotic or abusive environment. Instead of feeling safe and connected, you are constantly “on alert” and you also have to build your own identity (façade).

What is more convoluted is that your identity becomes dependent on being accepted and validated by others but it is more powerful to withhold approval or even bully someone that you perceive is weaker. This circular power struggle continues throughout life unless you understand and use the tools that will pull you out of this game.

It  becomes even more complicated when you begin to understand how the human brain works and much, if not most of our self-esteem (or lack thereof) is based on cognitive distortions. Dr. David Burns, in his best-selling book, Feeling Good,1 categorizes them into ten “errors of thinking.” He uses the term “ANTS” to describe them, which stands for “automatic negative thoughts.” Some of the categories are:

I highly recommend looking at his book to understand them and become aware how much space they occupy in your conscious brain.

For example, imagine someone at work walked by you and didn’t acknowledge you. You might think they’re upset with you about a situation that occurred the day before. The error in thinking in this case would be “mind reading.” You can’t read other people’s minds. It’s possible that the other person had just received some bad news and wasn’t engaging with anyone. But you don’t really know. Making assumptions consumes emotional energy. 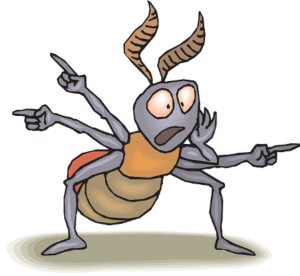 Then there is the error of labeling. For example, a frequently late spouse becomes “inconsiderate.” A forgetful teenager becomes “irresponsible.” In the act of labeling, especially negative labeling, you’re overlooking the details of a given set of circumstances and also someone’s good qualities. You have limited your capacity to enjoy interacting with them.

Then there are the labels we have for ourselves: you knock something over and call yourself “clumsy.” If a lover breaks up with you, then you’re “unlovable.”  Rehashing these critical self-judgments in our minds turns them into deeply embedded stories. Such stories are much harder to move on from than single judgments. Once a judgment sets into a story, you tend to lose perspective. Over time, faulty thinking becomes your version of reality.

Regardless of what sets these patterns of thinking off, they are a universal part of the human experience called consciousness. My cat doesn’t have this problem. This is true whether chronic pain is involved or not. With chronic pain you have the added frustration of the physical stimulus to keep these circuits really spinning.

To better understand the story concept, consider common situations where the brain focuses on a self-perceived flaw that is not physically painful. It might be your height, weight, the shape of your body, or even an individual body part. Or it might be some particular quality, such as a lack of intelligence, athletic skill, musical talent, etc.

Thinking about these flaws over and over snares you in a destructive cycle of spinning neural circuits. For example, many years ago I had a patient with neck pain who was absolutely convinced that he was “stupid.” His self-labeling wasn’t rational, as he was clearly a bright guy. I don’t know if his view of himself somehow triggered it, but he eventually developed a significant chronic burning sensation around his mouth.

Something similar often happens in the entertainment industry, where performers commonly focus only on their negative reviews. My wife, who is a tap dancer, has seen this in her profession for years. She pointed out to me that a performer might have 99 positive reviews but will fixate on the one that’s negative. It’s a common saying among entertainers that, “You’re only as good as your worst critic.”

Another destructive phenomenon is focusing on a spouse or partner’s negative traits. The other person usually has innumerable positive qualities that are forgotten in the face of their “flaw.” Over time the “story” we tell ourselves can become so strong it can break apart an otherwise great relationship. If you realized that you were just projecting your own negative perception of yourself onto him or her, you might think twice about verbalizing your thoughts. You might as well talk into a bullhorn and broadcast, “This is what I think about me.” 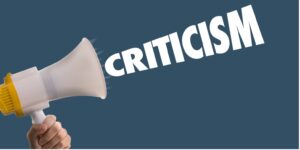 What’s curious to me is why the human brain does not become equally fixated on positive traits. Reconsidering Wegner’s “white bears” experiment,2 maybe it’s because we don’t suppress positive thoughts. As proven in his experiment, fixation goes hand in hand with suppression.

You may be unaware how much of your identity is wrapped up in creating and reinforcing these stories about who you are. So, you may spend much of your time in an agitated state and not know why.

But awareness of these stories is what can dissolve them. These perceived thought distortions are just as damaging as real threats, but with awareness, you can separate from them, and then redirect your attention where you choose. You don’t have to “fix” them because they are not real (even though they seem that way). You can train your brain to let go and move past them.

Awareness is the starting point and as these stories about yourself and others drop way, you’ll begin to experience your life at a deeper and more interesting level.

Self-esteem is a disaster at every conceivable level as it not only separates you from others, but you also can’t even work your way back to finding out who they really are. And what about the effects on you. You are not connected to yourself. It requires a tremendous amount of mental energy to create and maintain your ego, and it just a collective opinion of what the world has programmed you to be.

You can’t fix this issue. It is at the core of human language and consciousness. But by becoming aware of the issues around this situation, they will lose their power, and you’ll be free.