Mainstream medicine is frequently not offering you effective care. Many procedures performed for spinal problems have been documented to be ineffective. Much of the problem stems from the corporatization of medicine where the interventions that have been proven to be effective, such as ACT (acceptance commitment therapy) (1), mindfulness-based stress reduction (2), expressive writing (3), anger reduction (4), treating insomnia (5), CBT (cognitive behavioral therapy) (6), and time with your doctor (7) are not covered by insurance plans – so medical systems often don’t develop or offer these types of services. There are notable exceptions.

Spine surgery is especially problematic because every procedure creates some degree of permanent damage to the spine. I have been on a 10-year search, but still have yet to find a paper that documents the effectiveness of a spine fusion for back pain compared to solid non-operative care. Yet, it is a multi-billion dollar a year source of revenue for health care systems, and spine surgery is often the service line that is the most profitable for the hospital. Procedures are aggressively marketed and surgeons are encouraged to perform interventions that don’t work. “Mainstream” medicine is currently pretending to practice medicine. In addition to the expense and risks involved, it has been shown in primate studies that an effective way to induce depression is to repeatedly dash hopes. (8)

“Breaking up is hard to do”

Breaking up with someone is a painful experience and often elicits strong emotions. Yet, it’s been shown that most people recover from a breakup much faster than they thought and eventually feel better. The opposite occurs when a parent breaks a promise. Almost all of us remember looking forward to going to a big event with our parent, and then having it cancelled at the last minute. Dashed hopes are painful, and the hurt feelings might persist. Repeated broken promises will eventually take a toll on the relationship. It’s better not to make a promise that you weren’t really intending to follow through on or had a low chance of pulling off. 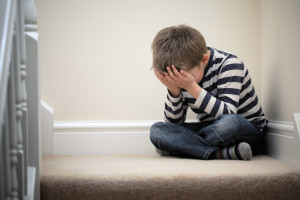 I’ll never forget an elderly patient who I had been following during my first year of internal medicine training. We had been adjusting his medications for his lung problems, and he had been doing well. In mid-December he was admitted for respiratory failure. I was stunned and upset when he died 3 days later for no apparent reason. It turned out that his son had not invited him home for the traditional family gathering at Christmas.

Possibly, the most straight-forward orthopedic surgery we perform is a total hip or knee replacement. They usually work well, but not as predictably as you might think. If you’ve had a great outcome with your joint replacement, there is nothing like it and you can’t believe you waited to have it done. However, a significant percent of people have a sub-optimal outcome that includes ongoing pain, stiffness, fractures around the prosthesis, dislocations, loosening, infections, blood clots and death. If you weren’t prepared for these possibilities, then the situation is even worse when one of these problems occurs. No one thinks that they will be the one to have a complication. It needs to be clearly factored into any surgical decision-making.

Would you undergo a spine fusion for back pain if you knew the long-term success was less than 30% and there was a 15% chance of needing a second operation for a complication within the first year? (9) What about having your pain become significantly worse after a well-performed surgery?

What are your expectations?

I had a patient who I had spent several months working on his sleep, stress, medications, etc. before I did his surgery. He wasn’t really buying into any of this chronic pain stuff, and I was extremely clear that I was doing the operation only for his extreme bilateral leg pain. His nerves were pinched so tightly that I felt compelled to move forward without his full engagement in his own healing process. I thought we had a reasonable working relationship. The surgery went well, and he had complete relief of his severe leg pain. He came in for his routine follow up and verbally took my head off. I was excited about the outcome, but he was angry beyond words that his back still hurt. “You screwed me up.” He was livid. He didn’t remember the multiple times I had tried to set realistic expectations about the goals of surgery. I felt bad that I somehow wasn’t able to communicate the expected outcome to him.

Make no mistake about it. Pain is only pain when your brain tells you that a given stimulus is uncomfortable. Your range of responses may range from shifting a little bit in your chair to jumping up and running as fast as you can. Your pain system is elegant and allows you to act in a manner that keeps you safe. The same pain impulse might feel minimal on a day that you are engaged in meaningful activities or intolerable if you are already upset and not sleeping well. One paper demonstrated that just one night of sleep deprivation significantly lowered the pain threshold in volunteers. (10)

Dr. Lorimer Moseley is a leading neuroscientist from Australia who I have enjoyed getting to know. Not only is his work brilliant, he presents his findings in an understandable way. He is passionate about getting the basics of the neuroscience of pain into the public domain and founded the “Pain Revolution” in his country. His vision and commitment are remarkable. This video is an excellent overview of the nature of pain. He and I differ in one obvious way in that I make many attempts at humor, and he’s actually entertaining. You’ll enjoy his TEDx talk below.

It doesn’t matter from where the pain originates. Most pain initially arises from the soft tissues, and it’s often severe because there are over a million pain receptors in each square inch of the soft tissues. Some of the worst and persistent pains I have experienced are from tennis elbow, achilles tendonitis and plantar fasciitis. Yet there isn’t a test that would identify the exact cause of the pain. The presence of a bone spur doesn’t necessarily mean it’s the source of pain. In fact, it has been clearly shown that disc degeneration, herniated discs, ruptured discs and spinal arthritis are NOT sources of neck, thoracic or low back pain.

There is a trend in medicine to focus on anatomy and treat pain from a perspective of finding the source and fixing it. It is a similar approach to taking your car into the shop for repairs. However, machines don’t have a nervous system. They are dead. There isn’t an interpretive pain function. It is well-documented that chronic pain is a “maladaptive neurological disorder” (11) and therefore wouldn’t be expected to be affected by most structurally-oriented procedures.

Phantom limb pain is one of the more dramatic illustrations of the neurological nature of chronic pain, and it occurs in over half of people undergoing amputations. The source of the pain is obvious with the affected limb being compromised by trauma or lack of a blood supply. There isn’t a more definitive surgery than completely removing the offending limb. Yet the pain may not change – at all. This can occur in any part of the body when the pain is present for more than 6 – 12 months. (12)

I’ve learned that it’s critical to set concise expectations before making a shared decision about what to expect from a given procedure. I perform a lot of spine surgery for pinched nerves with corresponding arm or leg pain (radicular pain). I’m clear that spine surgery isn’t effective for neck, thoracic or low back pain (axial pain). There may be some relief for 12 to 18 months, but by two years from surgery, the pain in these areas is the same for most people. It is also important to communicate and understand why the surgery is being done. If axial pain is the main concern, then surgery should be avoided. If the surgery is for the arm or leg pain, many patients assume that the axial pain will disappear. It doesn’t, and if it does, count yourself fortunate.

Why am I writing this post? The bigger problem is the dashed hopes. If your expectation is that both your axial and radicular pain will be relieved, you’ll be upset when that doesn’t happen. And when you’re upset, your body’s level of stress chemicals will increase, and the pain can often become even worse. I used to think that relieving the radicular pain would make a person happy enough that it wouldn’t make much difference in the outcome. Wrong!! One my fellows succinctly pointed out that whatever pain that’s left is now 100% of the pain. It took me a couple of decades to figure this out. 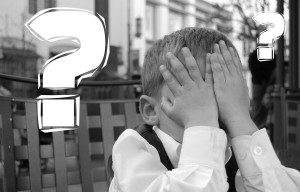 Dashed hopes in any realm are a problem, especially with regards to your own health. It is becoming a bigger problem in that doctors are not being given the time to get to know their patients and establish effective lines of communication. If you don’t feel like you’re being heard, or you aren’t being given understandable explanations, then be persistent or move on to another surgeon. If a surgeon doesn’t like being challenged, then run. It’s his or her basic responsibility to communicate with you. Failed spine surgery is especially problematic in that the results can be catastrophic and destroy any semblance of an enjoyable life. Get it right the first time!

Do You Really Need Spine Surgery? by David Hanscom, MD