One morning I woke up feeling low, having just completed eight straight 15-hour workdays. As I lay there exhausted, I reviewed my choices: either (1) stay in bed feeling sorry for myself; or (2) give thanks for the opportunity to help so many patients during the week, be grateful for how well the week went, and meet my work-out group at the gym. I chose the second alternative. I got up, worked out, went in to the office and gave 100% to the next patient and to my staff. I’m not saying it was easy; but it turned out to be a great day.

Those of you who read my book Back in Control are familiar with my Mother’s Day story—how in 2002 I decided to give up being a victim. I had only learned about the victim role the prior day and I was sure that it didn’t apply to me. When I realized that the shoe fit, my life changed dramatically. Through many ups and downs, I continued to move forward. Even so, to this day I catch myself dropping into the victim role, sometimes as many as several times a day. It’s a humbling experience. But I learned that, as deeply-rooted as it is, “the victim” can be kept at bay as long as I’m aware when it’s back and that I always have a choice. 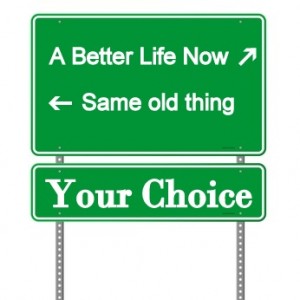 Choosing to move on is a daily, sometimes minute-by-minute decision. It is also the farthest thing from “positive thinking.” No one is asking you to pretend to be happy when you are coping with a difficult situation, especially your ongoing pain. On the contrary, you need to be aware of the depth of your frustration before you can choose to live a full and productive life with or without pain. Positive substitution—filling your life with positive experiences— is the essence of neurological reprogramming. Changing your story-reframing

The victim role is so powerful, emanating from the unconscious, survival part of the brain, that I don’t think most people ever want to give it up. That was another realization I had back in 2002: not only didn’t I think of myself as a victim, but I was unwilling to relinquish my victimhood. Little did I know that I would still be struggling with it daily, many years later. The advantages of victimhood

Recently I was talking to a friend’s teenage son. This kid is good-looking, athletic, and personable; yet he felt isolated, insecure, anxious, and emotional. He continually compared himself to others and tried to fit in. He was also justifiably upset about his family situation. His father, who was extremely critical of him, had essentially abandoned him by moving out of the country. I  understood where he was coming from, since his experience was not much different from mine at his age.

About halfway through our conversation I realized that he too, had a choice. I pointed out that, after years of stress, he had remained remarkably intact. He could choose to be proud of his resilience in the face of adversity and use this gift to take on new challenges. I could see a light go on in his head. It’s hard to know how he’ll use this information over the next few years; but I do know that he will need to confront his already ingrained behavioral patterns.

Who do you want to be today? Choose carefully, because you will either be reinforcing old neurological pathways in your brain or laying down new ones. What is your choice this year, this month, today—this minute? What is your life vision? Is it more than being a sufferer, enduring pain? Do you really want to live your one life that way? Of course not, you may be thinking. But trust me. It is unlikely that you will magically wake up one morning and find your victimhood gone. Freeing yourself from the victim role is an ongoing, conscious choice. There are no shortcuts.

Occasionally, I’ll ask a patient who I have worked with for a while to sit in the room for as long as he or she needs to, in order to make the decision to give up the victim role. Then I tell them to walk out the door into a new life. It always works for a short time. But, it’s an ongoing issue requiring daily commitments.

What do you choose today, right now? 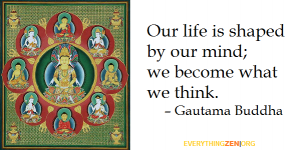