Many years ago I was involved with helping a young friend, Larry, in his 20’s deal with a difficult legal situation involving drugs. He was a great kid and had ended up associating with friends who were on a path to hell. His father was also incredibly critical of every move he made and was physically abusive. This all happened well before I knew much about chronic pain and I was not personally in great shape mentally or physically with my own chronic pain problems. He was caught possessing a significant amount of drugs and was in prison awaiting a hearing when he wrote this paragraph. I happened to run across it this week.

“It was only when I lay there on rotting prison concrete that I sensed within myself the first strings of good. Gradually it was disclosed to me that the line separating good and evil passes not through states, nor between classes and not between political parties either – but right through every human heart and through all human hearts . . . . . . .   Mike (the counselor) helped me nourish my soul there and I say without hesitation, “Bless you prison and Mike for having been in my life. I see the stars through the bars.” 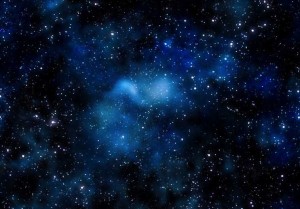 I think all have us have wondered what we would do if we were in a situation where you were placed in a position of absolute power over other people. This TED talk by Phil Zimbardo reveals a chilling answer. It has been demonstrated in several experiments that circumstances dictate behavior more than who you are. He conducted a now famous Stanford Prison Experiment in 1972. He arbitrarily divided a group of young men into “prisoners” and “guards”. These were normal people as volunteers with mental health issues were screened out. The experiment began with the City Police “arresting” the “prisoners” and processing them into jail. The behavior of the “guards” rapidly became quite abusive. It deteriorated to the point where they halted the two-week experiment after only five days. Several of the volunteers had mental breakdowns.

He cites another famous social experiment performed by Stanley Milgram in 1963. Volunteers, who were the” teachers”, were asked to administer an electric shock to a “learner” who was administered an electric shock every time he or she missed a simple question. The study was presented as measuring the effectiveness of negative reinforcement on improving learning. It was really intended to find out how much “punishment” the volunteer teacher was willing to administer to the learner.

The “learner” was a researcher who simulated the verbal reaction of progressive “electric shocks”, which the he was not really receiving. However the volunteer “teacher” did think that he or she was actually administering the “punishment”. There was a scientist encouraging the “teacher” to keep pushing the button in spite of the loud screams of the “learner”. The original thoughts were that only a small percent of the volunteers would continue to push the buttons, but it turned out that 65% of them continued up into the “lethal range”. Nobody liked the outcome of this experiment since it was felt that only zealots and sociopaths would be the ones to act in this manner. It turns out that this potential behavior exists in all of us. The situational variables can be the more powerful influence on our behavior. It also turns out that power without accountability is a major factor.

One of Dr. Zimbardo’s quotes is, “The line between good and evil is permeable and almost anyone can be induced to cross it when pressured by situational forces.”

In a family situation there is little accountability for bad behavior. What is even more problematic that anger, which is universal in chronic pain, clouds your awareness of the impact of anger on those close to you. Many if not most people that are angry are not even aware that there is a problem. The essence of abuse is lack of awareness. Anger is the antithesis of awareness and is abusive. It is present in every human being and you have to first be aware of it before you can address it. Unfortunately, those who are the most vulnerable suffer the most from since they are easy targets. Pain=Anger=Abuse

I often ask my patients to ask his or her family members what it is like for them when he or she is angry. Is your family excited to see you walk through the door or are they afraid of what might erupt. Invariably they return quite shaken up. I do not have the time or expertise to get into the details. My strong advice is to simply, “Stop it.” There are no excuses or shortcuts on this one. Anger is irrational and destructive. I also ask them to create a detailed action plan of what all the members of the family can do when the anger erupts.

I also ask my patients to not give any unasked for advice to his or her spouse or children for a month. Only listen. Everyone’s eye’s widen. I will admit that this is difficult and I also struggle with this one. Just listen. It is where awareness begins. BTW, it is much more interesting. Protect Your Family from Your Pain

Good and evil are in all of us

As well-intentioned and good of a person you might be all of us have the potential to be abusive. The combination of anger, power over your family and little accountability is similar to that which was created in these experiments. Do you want your household to be a haven or hell? It is completely your choice.

The Way to Love by Anthony DeMello 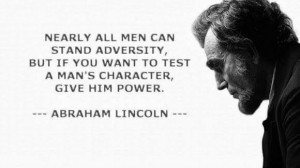