Modern medicine is evolving in a dangerous direction with regards to your care. The major factor in deciding to offer a procedure or treatment is often whether it’s covered by insurance and how well it is reimbursed. The effectiveness of the intervention is a lesser consideration. Additionally, there is little accountability for the outcomes unless there is severe negligence.

The business of medicine, like any other business, is focused on making a profit. There are computer programs that monitor physicians’ contribution to the profit margin. The most revenue comes from performing procedures, many of which have been documented to be ineffective. (1) The downside risks include unnecessary costs, significant risks and patients are often worse off than before the intervention. (2) It has also been documented that only about 10% of spine surgeons are addressing the known risk factors for poor surgical outcomes. (3) Dr. Ian Harris, who is an orthopedic spine surgeon from Australia, has done extensive research on the utilization of ineffective procedures. He wrote a book, Surgery: The Ultimate Placebo, where he extensively documents the data behind many procedures that have been proven to be of no benefit and it hasn’t stopped physicians from using them – at all. (4)

Effective treatments are often not covered or don’t have a way of generating revenue. For example, expressive writing has be shown to been helpful in multiple medical conditions in over 1,000 research papers. (4) Yet, I had never heard of it until I accidentally ran across it in 2003. It costs nothing, has minimal risk and is rarely presented as a treatment option. It has proven to decrease symptoms of asthma, depression, rheumatoid arthritis, improve student’s athletic and academic performance and diminish many other symptoms. I had dinner with the original author of the technique, James Pennebaker, who is a psychologist from Austin, TX. The methods may differ, but it has only been reinforced as an effective tool. There is a lot of debate of why it works, but not about whether it works.

Mindfulness-based stress reduction has also been demonstrated to decrease pain in many papers and is usually not covered by insurance. I watched several excellent pain programs in the Puget Sound shut down because they could not afford to keep them open. Listening is a proven healing modality in addition to being a basic requirement to understand a given patient’s whole situation. Dr. Francis Peabody, a famous Boston physician, was concerned about the intrusion of technology into the patient-physician relationship. One of his more notable quotes was, “The secret of care is caring for the patient.” He wrote this in 1927. (5)

The business of medicine

Currently, mainstream medicine is pretending to deliver medical care. At the same time, people still trust their physicians. My observation is that it isn’t the individual physicians that are the issue. The corporatization of medicine is backing us into a tight corner. Not only are we not given the time to talk to our patients, many are often penalized heavily for not being “productive enough.”

One problem that is not often acknowledged is that of inducing a depression from repeatedly dashing people’s hopes. This was powerfully demonstrated by Harry Harlow. (6)

Harry Harlow was an internationally renowned psychologist who pioneered research in human maternal-infant bonding using primates.  During the first half of the 20th century, it was felt that mothers should touch their children as little as possible.  The leading mental health professionals aggressively discouraged mother-child interaction in research papers, lectures, books, and the media.  Interestingly, or tragically enough, their recommendations were based on rodent research.  Dr. Harlow was the leading force in changing the tide of opinion using various species of monkeys. His story is well-presented in an entertaining book, Love at Goon Park by Deborah Blum. (6) 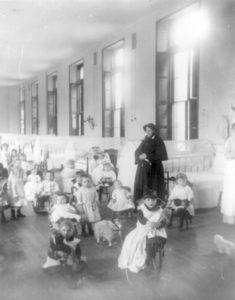 In the 1960s, he turned his attention, also based on primate research, to some of the smaller details of human interaction.  One model he worked on for a while was that of inducing depression.  He used various isolation methods and ways of simulating parental neglect or even abuse. He was able to consistently produce monkeys that were seriously disturbed, but he wasn’t able to cause depression.  At the time, he was experiencing his own severe depression associated with his wife’s diagnosis of terminal cancer.

He finally found a consistent methodology by devising an apparatus that resembled an upside-down pyramid. The sides were steep, but still allowed the monkey to climb to the top to peek outside. The top was covered with mesh. For the first couple of days, the monkeys would repeatedly climb up to look out and quickly slide back down. Within a couple of days they would give up, sit in the middle of the device, and not move. They became almost unresponsive, and when they returned to their families, they would not revert back to normal social behavior. It didn’t matter what problems the monkey had prior to the experiment. The abnormal monkeys became worse and normal monkeys suffered the same fate. Even the “best” monkeys from stimulating and interactive families would succumb. The researchers called the apparatus, “The Pit of Despair”. It was felt by the research team that this “learned helplessness” was from a combination of feeling the loss of a good life reinforced by occasional glimpses of the outside world and feeling trapped. Within a half a week, every monkey spiraled down. 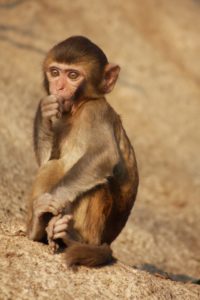