I have always enjoyed hard work. I began working in heavy construction at age fourteen during the remodeling of our house. I fell in love with it and kept working at it for another 18 years. I poured concrete slabs, framed, did some finish work, plumbing, and spent three summers as a hod carrier. Carrying hod involved supplying a brick mason supplied with everything he needed to keep laying blocks and bricks without a break. I approached every job with the intention of doing it the best way possible. I remember the summer when I was 16 years-old and digging ditches for foundation footings. I was determined to be the best ditch digger ever – and I enjoyed it.

I also remember that there was usually a lag between the end of school and the beginning of my summer job. I was fine for a couple of days but then I would quickly get cabin fever. I could not stand laying around the house and not being productive. I enjoyed getting outside and being with my co-workers.

Unfortunately, I had little regard for my body with regards to lifting properly. I was continually reminded to use my legs and not my back and arms. I did not have great upper body strength so, of course, I used my back. I had no concept of the consequences and had a perverse sense of pride about how much I could lift and for how long.

The perils of parenting

In March of 1985 I was holding my sleeping one-year old son and placed him over the top of the side rail of the crib. It would have made much more sense to lay him down, lower the side rail and then place him in the crib with a relatively straight spine. I was still bulletproof and why would I change my lifting habits now? Just as I was fully leaned over the top of the rail I felt a snap in my back and a searing pain in my left big toe. That was the beginning of a six-week descent into abject misery of constant severe pain. I had thought (incorrectly) that if pain was very localized, that it would be more tolerable. I could not and did not sleep more than two to four hours a night for over six weeks. I still do not know how that is possible and I never had even one full night’s sleep. 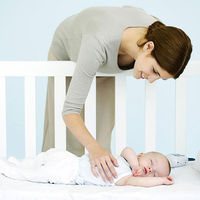 My suffering worsened in that I could not eat,  lost 25 pounds, developed kidney failure from taking too many aspirin, experienced ringing in my ears, and I became increasingly irrational. (at least that is what I am told)

I was only able to work half time as the second partner in a private orthopedic practice. I had only debt after just finishing my residency. I was about to begin my spine fellowship training in Minneapolis in 4 months. I finally elected to do the one thing I swore I would never do and that was to have spine surgery. The simple decompression surgery at L5-S1 went well and my great toe pain was gone. I quickly returned to work and was excited about getting on with my training I was ecstatic – until my wounds began to drain about 10 days later. I developed a deep wound infection from being malnourished after losing so much weight. A second operation and six weeks of antibiotics finally resolved it. My spine surgery – and infection

I had been through a lot and fortunately I had a remarkably benevolent partner who continued to pay my salary, although I was only about a third functional. I was dealing with it pretty well until my future fellowship directors found out about my infection and promptly informed me that I had been replaced. They did not think I could do the job and I was also not offered a later position.

Somehow that was it. It was the one part of the situation I could not handle – losing my job. I was devastated. That night I sat alone in my car and completely broke down. I cannot verbalize the depth of despair and helplessness that I experienced. I could not care for my family or even myself. I clearly saw how vulnerable you were not being able to fend for yourself in a capitalistic society. I felt like a medieval warrior going to battle without any weapons or armor. It was one of the most painful and enlightening moments of my life. 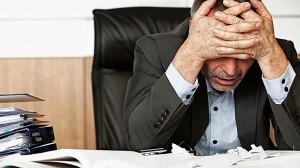 The “benefits” of being disabled

Physicians are often given the impression that people are generally looking to get off of work. The answer to disability is to tighten the rules and get tougher. They feel that many injured workers just don’t want to work. They also do not realize the implications of taking people off of work. Once a person loses their job the whole nature of the claim changes. It becomes more difficult to get hired by anyone since you now have a track record of missing work. Here are some of of the other “benefits” of being off of work:

I remember a moment about five years into my practice when I realized that my Worker’s Comp patients were not doing well because of lack of motivation. It was because  were justifiably angry. The Worker’s Comp system that they expected to help them and allay their anxiety was mostly harassing them. I didn’t blame them for being upset.

Life is not better being disabled. Maybe you have been that way for so long that you can no longer understand or appreciate the alternatives. You are so used to being trapped that anger seems normal. Many people don’t even think they are angry. That included me. No one, and I mean no one, is going to help you out of this hole. It is deep and will keep getting deeper. Many Italians choose suicide – People need to work

The only patients I see succeed are those who have made a decision to live a different life and they are not going to live this way anymore. I have watched hundreds of patients become pain free. It is just much more difficult if it involves Worker’s Comp. How do you want to live your life? I had the smallest taste of what it is like to not be able to work and take care of myself. Not only did I not like it, it was the worst part of my ordeal.