Anxiety is the sensation created by elevated levels of stress hormones in response to a threat. It is intended to be unpleasant enough to compel you to take action to resolve the situation. We will do anything to avoid it. The expected and required response is to take control.

However, humans have the additional problem compared to other living species in that we have consciousness. Unpleasant thoughts create the same survival response, but since we can’t escape our thoughts, every human has to deal with some level of daily anxiety. For many it is disruptive, and takes away from the capacity to relax and enjoy life.

Another method to deal with anxiety is rigid thinking. This manifests in strong political, nationalistic, racial, religious and numerous other deeply held belief systems. It works to some degree in decreasing anxiety. Your nervous system learns how to stay in an ever-deepening rut, and  sorting through alternatives to solve a problem is almost impossible. Strong belief systems become reinforced over time and the world becomes smaller and less anxiety-producing, so it works to a large degree. But isn’t helpful for relationships and team building, which requires awareness – the antithesis of judgement.

I was raised in a chaotic household and rigid thinking was my default mechanism to deal with life. I had strong opinions about everything and anyone. I saw issues in black and white terms and had strong unwavering political and religious beliefs. I was perplexed when people did not see the world as I did. I prided myself on my idealism.

When you label anyone or anything, you are simply projecting your view of yourself onto the world. So this rigidity actually was a reflection of how I viewed myself. I applied endless labels; good, bad, smart, stupid, athletic, uncoordinated, nice, aggressive, enlightened, unaware, motivated, lazy, etc. The problems that arise from this kind of thinking are endless; especially when my baseline standard for me and everyone else was perfect.

Once you are labeled by someone, that person cannot see who you really are. When you label someone else, you also cannot truly hear their side of the story or know them. None of us like being labeled in any way, but we don’t necessarily see this issue from other’s perspective. All of this is magnified when suffering from chronic pain and you don’t feel you are being heard or believed, 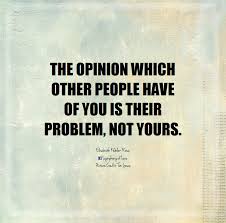 Rigid thinking is a form of mind control. There are certain thoughts and patterns of thinking that you will allow yourself to experience and the rest is off limits. It is extreme thought suppression, which unfortunately gives much more power to these thoughts. Some people have enough willpower to pull it off for a lifetime, but most of us do not. When the wheels come off, it can be dramatic.

I remember talking to a friend who clearly had OCD, (obsessive compulsive disorder) but he did not realize it. I could see that he had mentally arranged his thinking patterns on a massive “internal grid”. As the conversation went on, I felt that I also was visually looking at a playground jungle gym with his thoughts arranged in neat patterns. Needless to say, his opinions on almost every topic were concrete and there was not much room for discussion.

There are many consequences that emanate from this pattern of thinking, but I will focus on one – problem solving. If you cannot see a given issue from multiple angles, it is unsolvable. This is true at every level of human interaction.

Right now the political scene is simply playing out our collective consciousness. The root problem is that we have a societal problem of rampant anxiety and anger. Effective treatments are not being systematically implemented. We feel somewhat calmer if someone portrays a sense of power and simplistic solutions, which don’t exist. That is why it is so easy for politicians to prey on this diffuse anxiety. It is predatory in every sense of the word. But they aren’t the problem. It is you and it is me. We can blindly follow the societal rhetoric or sort out the real issues. It is each individual’s responsibility understand the impact of his or her own anxiety and anger on their lives and society. At some point a collective consciousness will evolve to demand and implement thoughtful and effective change.

This form of concrete thinking is similar to that of many patients who just want to be fixed. There is never a simple solution to a problem as complex as chronic pain. They will often become aggressive when I don’t offer them a “definitive treatment”, such as surgery. I will often hear the phrase, “Even if there is only a 20% chance of a good outcome, I want to have surgery.” (1) Really? Then I point out that the data shows that surgery can induce or worsen chronic pain up to 40% of the time. (2) In other words, I have almost double the chance of making their pain worse than helping them out. That reasoning still won’t sway them. It took me a long time to figure out that these conversations weren’t rational and they could escalate quickly.

When was America Great?

Political rhetoric is another example of applying simplistic thinking to a complex issue. “Make America Great Again”. Again, a broad label such as this covers up important details. There are many aspects of America that represent greatness, but as a whole, American history is one of racial and sexual intolerance. Women only were allowed to vote in 1929. We wiped out most of the American Indians. We fought a horrible civil war only 160 years ago and racial issues are still problemlematic. The KKK was extremely active without much local opposition in the first half of the 20th century. It is currently experiencing a resurgence. This list is endless. Exactly what era is being referred to? 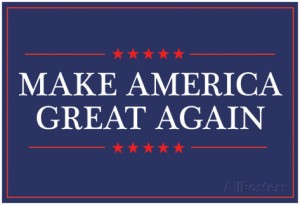 Ironically, the part of America that is great and has separated us from most of human history is tolerance and acceptance. There has actually been a lot of progress on this front, but increasing tolerance is being met more and more resistance. You might notice that labeling is almost always the first step in treating individuals or groups badly. For us to continue to move forward with these principles will take a commitment from each person to honestly look at themselves. What labels do you have on others? What labels do you have on you?

Rigid thinking plays out in many destructive ways. All of us think this way to varying degrees. It is only by becoming aware of the depth and nature of your judgements, can you work through them. Anthony De Mello’s book, The Way to Love, eloquently and bluntly points out how judgment, whether it is positive or negative, is an absolute block to awareness.

Commit to becoming aware. Life not only becomes infinitely more interesting, it will have a profound effect on those close to you. It is the only hope for deep widespread change.