The common thread of those who successfully heal from chronic pain and other symptoms of Neurophysiologic Disorder (NPD) is letting go of anger through deep forgiveness. Anger and pain are inextricably linked. For many of us forgiveness involves somewhat of an intellectual process and is focused on many small “wrongs”. I eventually realized that as long as you’re holding on to your deepest wounds you are still trapped. 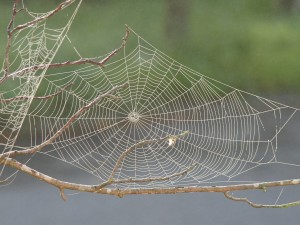 Dr. Fred Luskin, a psychologist out of Stanford, conducted several research studies regarding the effects of forgiveness on the human body and mind. His concepts are presented in his book, Forgive for Good. His results were consistent and dramatic. Forgiveness heals. Two of his studies involved the parents of children who had been murdered. The more legitimate your anger the more difficult it is to let it go. Having a child murdered is possibly the deepest reason to hold on to it. But what happens, as you remain upset, is that the quality of the rest of your life is severely compromised. The person you truly despise now has control over the rest of your life indefinitely. It is critical to understand this problem and honor yourself and family by living a happy life. It turns out that forgiveness is the most powerful way to move on. Moving forward with your pain 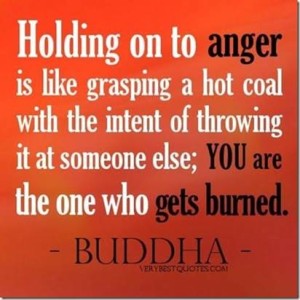 I have a friend who told me a story about his younger brother who suffers terribly from anxiety, depression and generalized chronic pain. He’s been introduced to the concepts presented in my book, but hasn’t engaged in the healing process. He’s focused on a situation where he was left for a short period of time with his grandparents around age 5 while his parents took a vacation. He is convinced that he was abandoned and won’t let it go.

One aspect of forgiveness that I learned from Dr. Luskin is that it’s is a process that has no beginning or end point. It’s a matter of continuing to be aware of your anger and keep letting it go. But what caught my attention was his comment, “It’s fine to blame your parents for your problems until you’re 18 years-old. But at that point you need to own the fact that you’re an adult and take full responsibility that you’re now continuing to screw up your own life.”

Dr. Sarno who understood these concepts over 30 years ago, used the word “rage”. Being trapped by any unpleasant situation over a prolonged period of time will create it. His observation was that many of his patients, by recognizing this link, would experience profound healing. The essence of the problem is that sustained anger has a pronounced effect on the levels of stress hormones and this translates into physical symptoms.

A good friend of mine sent this audio show to me aired on NPR. It’s a story of forgiveness and healing. You are the one, and only one, who has the capacity to let go and to heal yourself. 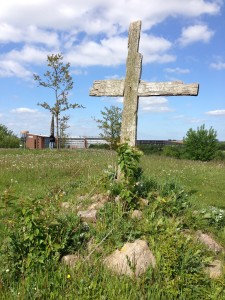