What about the main thing in life, all its riddles? If you want, I’ll spell it out for you right now. Do not pursue what is illusionary – property and position: all that is gained at the expense of your nerves decade after decade, and is confiscated in one fell night. Live with a steady superiority over life – don’t be afraid of misfortune, and do not yearn after happiness; it is, after all, all the same: the bitter doesn’t last forever, and the sweet never fills the cup to overflowing. It is enough if you don’t freeze in the cold and if thirst and hunger don’t claw at your insides. If your back isn’t broken, if your feet can walk, if both arms can bend, if both eyes see and if both ears hears, then whom should you envy? And why? Our envy of others devours us most of all. Rub your eyes and purify your heart – and prize above all those who love you and wish you well. Do not hurt them or scold them, and never part from any of them in anger; after all, you simply do not know: it might be your last act before your arrest, and that is how you will be imprinted on their memory. (1)

Every human is judgmental. It is an inherent aspect of survival.  However, it is not a trait that engenders close enjoyable relationships or peace of mind. It is made worse by our cultural programming that having self-esteem is essential for happiness. Nothing could be further from the truth. To attain and maintain high self-esteem requires endless comparison to those around you and also to norms that society, your family, friends, and you have set for yourself. You will eventually wear down and crash. There is not an endpoint to this process. 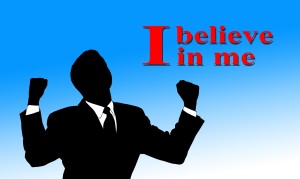 The pursuit of self-esteem can’t and doesn’t work. At some level, we all know this. Whenever your peace of mind and/ or identity is at the mercy of external circumstances, including other’s opinions, you’re at the mercy of them. Also, it gives others power to shut you down, which is one of their efforts to improve their self-esteem. You are riding on a universal merry-go-round that will never let you get off. The eye of the storm

As these attempts at “improving self-esteem” eventually and miserably fail, the next level of emotion is envy. It isn’t pretty and interferes with almost every aspect of life from work to your personal life. Although you may be on the same pursuit of happiness like the rest of us, it can’t happen if you are perpetually envious. Happiness and envy are not compatible emotions. What is even more ironic is that when you are judging someone else, you are just projecting your view of yourself onto someone else and broadcasting your insecurities to the world.

I have an exercise you may want to consider. Think of someone that you dislike. He or she usually isn’t too difficult to identify. Then in one column, write down as many things about them that you dislike. The to the right of each pronouncement, write down what you dislike about you in a similar area. You may not like his or her work ethic. Maybe you think they are lazy?  Do you procrastinate? Or are you in a reactive pattern where you are a workaholic? “He’s fat!” Are you happy with your weight? Maybe people think you are too thin. You don’t like her political views. Who is to say yours are more correct.

What is fascinating and disturbing is that many people are often unhappy about other’s success, even if they are a close friend.

There are two basic types of envy. One is being unhappy with another’s success, whether it is a friend or competitor. The other is silently rejoicing when someone you are envious of suffers a loss. The term for this second scenario is “schadenfreude”. Both elicit feelings of guilt because we know we shouldn’t feel this way. But when you try not to feel a certain way, it becomes worse. It’s even more problematic if you feel the person you have envied didn’t originally deserve his or her success.

In light of the current neuroscience research, we now understand the impact of sustained frustration on your body’s chemistry and the resulting physical symptoms. This unknown writer succinctly points out that good health is the essence of living a good life. Yet, when we spend our energies comparing ourselves to others, we are frequently frustrated. This chronic anger with the attendant elevated levels of stress hormones wreaks havoc with every organ in your body and you’ll eventually get sick.

I’ve had as much of a challenge with self-esteem and envy as anyone. I came from a tough household and it seemed if everyone had a life that I wanted. I was envious of friends, accomplishments, adventures, families, and the list went on. What is now obvious in retrospect was that my mother was insanely envious and our family’s situation was never good enough. She would become unhappy to the point that our whole family would move to another town to start over. The cycle would begin again and she would complain about any and everything. By the time I was 18 years old, we had lived in 11 different houses. After I refused to move from my high school area in Napa Valley, they kept on moving. It’s clear where I learned this pattern of behavior. 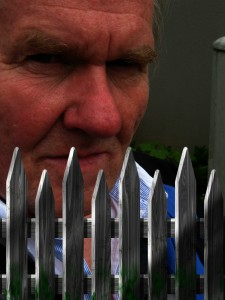 When I ended up in chronic pain, it all become much more intense. It seemed everyone had something I wanted. The first thing I was envious of was not being in pain. Then it seemed that everyone had a better family life than I did. I become more and more socially isolated and I withdrew even more. Although, I wanted to re-engage with friends, my fear of rejection became almost a phobia. Holidays were particularly unpleasant. It seemed like every person in the world was having a better time than I was. Of all the terrible experiences I endured, the loneliness was crushing. It is one of the reasons I have described the world of chronic pain as, “The Abyss”.

Additionally, anger is destructive, including self-destructive. One of the ways this plays out is disregarding your own health. All of us have a choice of how we choose to treat our bodies. Chronic frustration is possibly the main reason why you wouldn’t choose to feel physically great. It’s hard to really enjoy life if you don’t feel vigorous and energized. Ongoing self-neglect is a form of slow suicide. You’re angry and take it out on yourself. We all have some degree of self-destructive behavior and many of us have a lot. So, the emotions that you might be feeling from another’s success are sucking you dry. You now have less of a chance of “being successful” whatever that might mean. Jealousy and frustration aren’t solving much.

I have undergone many phases of healing. However, I have never forgotten the intensity of the loneliness and envy. It was the accidental discovery of the expressive writing exercises that halted the downward descent and it is still the one necessary starting point of the healing process.

One exercise I frequently discuss with my patients is similar to the one I presented above. I ask them in the room to visualize someone they dislike. They have read enough of the DOC process to quickly understand where I am going. I point out that they know the being judgmental is problematic and then I ask them what happens when they try to not be judgmental. Of course, you will become more judgmental. So, whether you are judgmental or not judgmental, your nervous system remains fired up. What can you do? Write down your specific thoughts and immediately destroy them. This allows you simply to separate from your thoughts, not to solve or change them. You may not become friends with this person or even like them. But in that “space” you’ve created, possibilities arise. Once you can see your judgements as a projection of you, you may be able see this person in a different light. At a minimum, it certainly makes life more interesting.

The Way to Love

So, the solution doesn’t lie in “not being envious.” Another key to dealing with it is to become more aware of it and the impact on your quality of life. I have now incorporated Anthony DeMello’s book, The Way to Love, into the DOC process. He defines love as awareness.  I frequently re-read a few pages. He’s clear on the consequences of being attached to your external circumstances for your peace of mind. Becoming aware is a critical step and a significant part of the solution.

Although, it’s a daily, minute to minute exercise in awareness, not being caught in the quicksand of envy has been a remarkably freeing experience. Try it. At least become aware of your resistance to living a different life. 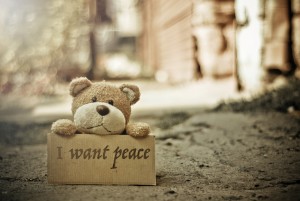