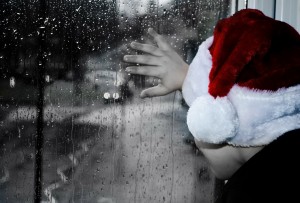 My first year in training

I will never forget my first holiday season as an internal medicine resident in Spokane, WA. I learned that the holidays are a nightmare for the medicine service, especially the GI service. Diabetics don’t take their insulin and their sugars go out of control. Cardiac patients don’t take their meds and are admitted for chest pain and abnormal rhythms. The GI service is the worst in that patients with liver disease drink more and develop major bleeding in their gut. People are depressed and the stress of the holidays puts them over the edge.

We had a resident’s clinic once a week. One of my favorite patients was an 80 year-old gentleman who was as nice of a person as you could meet. He had some moderate lung disease but otherwise was fairly healthy. He was admitted to the hospital on Christmas Eve with respiratory failure. It didn’t make sense to any of us, as his lung disease wasn’t that severe. We had a whole team working intensely to solve the puzzle. It didn’t matter. He died two days later. During the course of the hospitalization I found out that his son who lived in Seattle had not invited him over for Christmas and he had become despondent. I have since learned that the will to die is as strong as the will to live.

My descent into loneliness

I could not figure this increase in illness and depression over the holidays for many years – until I descended into my own anxiety-driven depression and chronic pain. There were many unpleasant (terrible) aspects of being in the abyss but maybe the worst one was feeling alone. I am an extremely social person. As I became progressively more anxious and reactive I began to feel isolated. In retrospect I realize that a lot of this was occurring in my own head. My friends were not avoiding me. I was not interacting with them. While I was trying to survive the terror of raw anxiety I was not able to reach out to others. I became more withdrawn and felt uncomfortable even talking to people. Discovering I had NPD

What began to happen is that I developed what I now recognize as an obsessive thought pattern (classic symptom of the Neurophysiologic Disorder) that everyone else had a better life than I did. It did not matter what the evidence was to the contrary. I could not shake that thought. The holiday season made it much worse. First, it reminded me of times that were much better and I felt even more sorry for myself. Secondly, people really seemed like they were having a better time than I was. (jealous/angry). Finally it seemed like the merriment around me was almost mocking my plight. For over 10 years I would become dark around the holidays.

I became socially isolated. I imagined that people just didn’t want to be around me and the story in my head became strong and convincing. Fortunately, I had a few people that I connected with that could see through the storm of my thoughts. It was that human connection that kept me going. But the feeling of loneliness was one of the worst aspects of my descent into chronic pain. 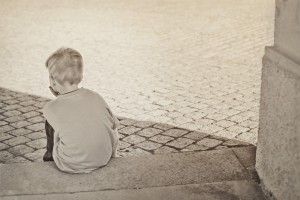 Social exclusion and the ACC

A study published in 2003 (1) looked at the brains of volunteers who were hooked up to an functional MRI scanner (fMRI) which highlights metabolic activity of the brain in response to different stimuli. The volunteers were visually involved in a computer game of “three way catch”. They were not told that the other two “players” were just the computer. At a certain point they were suddenly excluded from the game while the other two “players” threw the ball back and forth another 45 times. The volunteer would consistently feel excluded and experience emotional distress. Interestingly, a part of the frontal lobe, the ACC, would light up. This part of the brain is “the neural alarm system.” It lights up when something in the environment is not right or threatening. Not surprisingly pain is a basic signal that also lights up this area. This study documented that emotional pain lights up the same area.

So chronic pain creates yet another vicious loop. Pain lights up the ACC (anterior cingulate cortex). While in pain you feel much less inclined to be social, which then reinforces the stimulation of the ACC. You now have added emotional pain to the physical pain.

Where does chronic pain begin?

My wife, Dr. Fred Luskin, and I put on a five-day seminar at the Omega Institute last summer. I will be writing more about the process over the next year, as we figure out all what occurred. There were 11 participants that all experienced a significant shift in their mood and pain during the week. As they went back to their home environment some had their pain return and most have remained relatively pain free. Everyone is still in the game with a lot of ups and downs. The essence of the week was that we were able to relax and connect with one another. My impression was that the environment allowed us to open up and share. The capacity of people to heal each other was powerful. (The workshop was July 19-24, 2015.) “The Cup Song??”

The holiday season during my burnout was the equivalent of being excluded from the computer game. I’m sure that if I was placed into a fMRI during that period my ACC would have lit up like a small nuclear reactor. The sense of social exclusion was crushing. My Battle With NPD

I was very fortunate to not only escape the abyss but thrive. I wish the same for you in 2016.