One of the core concepts of the human condition is labeling experiences, trends, groups or people. It comes along with having the capacity to communicate through language. Yuval Noah Harari in his book, Sapiens, pointed out that the cognitive revolution for Homo Sapiens occurred about 70,000 years ago with the advent of language. It began with gossip. Labeling is essential for survival, with the most basic category being safe or unsafe.

It is also a block to awareness. Once you have labeled someone, you have projected your view of the world onto that person. Anthony de Mello in his book, The Way to Love, teaches that it doesn’t matter whether the label is a positive or negative one. You can no longer see the person for who they are or a situation from their perspective. You are no longer able to really hear them or meet their needs. 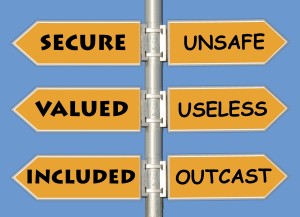 When suffering from chronic pain, you are often labeled by almost everyone and anyone, including your doctors and other health care providers. “You are a difficult patient.” Isn’t everyone challenging when basic needs aren’t being met. “You don’t really have anything wrong with you. The pain is in your head.” Really?? Neuroscience research has revealed chronic pain is memorized by the brain (1) and can’t be erased. Unfortunately, mainstream medicine hasn’t assimilated this knowledge and continues to offer ineffective treatments. “You are just looking for drugs to get high or to relax.” First of all, the vast majority of patients on chronic opioids don’t get high and they barely get pain relief. The side effects are often unpleasant. I have seen few people who like being dependent on any medications. People just want some pain relief.

Here is an excerpt from an email I received from a reader. She has been working hard with the DOC process and is moving forward.

“My pain doctor told me it’s people like me who caused all this opioid crisis.”

It’s the physician’s responsibility to treat each patient with compassion regardless of the situation. Nurturing a supportive patient-physician relationship is the essence of being a physician. For many reasons, beyond the scope of this discussion, this interaction is often less than ideal. So, not only do many patients in pain not feel safe, they feel like they are under attack from many directions. This creates more anxiety and physically exacerbates the pain. (2) Another risk is that your physician may not see your whole picture and an important diagnosis may be missed. This letter is one patient’s story.

I know that you had asked me to send you an email telling you how it made me feel when L&I (WA Dept. of Labor and Industries) “stereotyped/categorized/labeled” me.

I know that you had asked for another story, but I felt compelled to tell you about the first time I was stereotyped after my injury. It happened in an emergency room in Everett and was about one week after my first back fusion. I had only been home from the hospital for two days when I started getting back spasms. Initially the spasms were very bad but they had progressed to the point where I couldn’t even stand.  I ended up falling to the floor because my legs would not hold me up. It felt as though the muscles in my back where trying to bend me in half backwards. On the third day I couldn’t stand it anymore as the spasms were happening very frequently and I felt almost delirious.

My oldest daughter called for an ambulance that transported me to the hospital emergency room. I spoke briefly with a nurse about what was going on and then to the doctor. I overheard them talking and saying that they felt there was NOTHING wrong with me, but rather I was there looking for pain medication. Meanwhile I became upset and was telling my oldest daughter about what I had heard. She reached up and put her hand on my forehead and said, “Oh my God Mom you are burning up!” She proceeded to grab a thermometer and stick it in my mouth. After seconds she was freaking out and yelling for a nurse to get in there because I was burning up. The nurse didn’t even believe her so she herself took it again and my temperature was 103 degrees. About this time my younger of the adult daughters arrived.  My two daughters talked about the situation. The younger one grabbed my purse, which had ALL my medications in it, dumped it on the bed, and told the nurse to look at it! She told her that she too had witnessed me falling and that I had NO NEED for any more pain medication. I had more than enough and that they had better do something!

Sent Home with a 103 degree fever

After that they did some blood work, an X-ray, and wrote me a prescription for muscle relaxers. I was basically patted on the head, told me they found nothing, and sent me home. That was on a Wednesday. On Friday morning my phone rang and it was the hospital telling me that I needed to come in and be checked. I had a very serious infection, which was in my spine and my blood and I needed IV antibiotics!

I won’t take up more of your time telling you the rest of the nightmare, but I felt like you should know this, BECAUSE they decided what kind of a person I was BEFORE gathering all the facts. It almost cost me my life. If my two adult daughters had not been there to advocate for me, I would be dead. I honestly believe they would have not done or checked anything. They probably would have just sent me home saying it was nothing!

I will guess that by now you can understand why when we first met I was so “angry.” Part of my anger stemmed from my nightmare experience that almost cost me my life. There is also about a six-week window during that time that I don’t remember a lot without help from my kids!

I am SO GRATEFUL that I was sent to you and that you decided to help me! I know that I am probably not as far a long with my entire recovery process as you had hoped. But I know that I wouldn’t even be this far if it wasn’t for YOU!

Mary is a patient on whom I have performed two low back surgeries. The second was a fusion that went very well. However, the amount of family stress she has been under is beyond description. When I first met her over two years ago, she was one of the most angry patients I had ever met. I did not think she would return. She has made remarkable progress and is now just on minimal pain meds. I thoroughly enjoy my visits with her.

Her stresses continue, but she’s now trying to find a job, which in this economy is no small task. She has been consistently treated poorly by her claims examiner, and we have had to fight for every bit of her treatment. The subject of labeling came up, and I asked her to share part of her story.

You aren’t going to stop labeling

It isn’t possible or necessary to stop labeling. The key is to be aware when you are doing it, and name the labels to yourself. Once you recognize the label, then you have the capacity to know the person behind it. Recognizing your language makes a difference is also helpful. Epictetus, was a Greek Stoic philosopher, who pointed out that it is one thing to call a person a drunk as opposed to saying that this is a person who drinks a lot. It’s similar to being labeled a “chronic pain patient” versus being described as a person who is suffering from chronic pain. None of us like being labeled. How do you react? What are the labels that you place on others? How are they interfering with your relationships? Are they helping you heal from your pain? 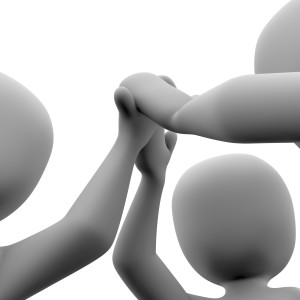 Becoming aware of your inherent need to label, what the labels are, and your reactions to being labeled is an important aspect of your healing journey.

The Cry of Chronic Pain: No one is Listening. WSMA Preceptor, August 2011.