I had been working with Anne for a while and she had been experiencing chronic pain throughout her body for a many years. Her once productive life had fallen apart and she now depended on welfare for her sustenance. She had undergone a lumbar disc surgery a couple years earlier that had gotten infected. She presented to my office with another ruptured disc at the same level. She wasn’t happy.

Her second operation by me

I performed a successful disc excision and her leg pain quickly disappeared. I was relieved that she had not developed an infection from my operation. There is a higher risk of developing a post-operative infection if there has been a prior infection. She did well for about 3 months until she bent over to pick up a basket of laundry. Her disc re-ruptured at the same level and side. The size of this herniated disc was larger than the disc I had just taken out. There was not much choice except to take her back to surgery and remove it. During this period of time she was difficult. Her pain was challenging to control. She was understandably angry and demanding. I was in a perpetual battle with her over her needs for pain meds. Engaging in the DOC project was not of much interest to her. However, she did begin the exercise of writing down her thoughts and immediately throwing them away. 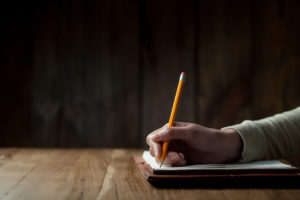 Ten days after her second operation, she came back to the office with extreme LBP, yelling at everyone at the top of her lungs. When I am dealing with a difficult patient, it is tricky to sort out who is really in pain and who is just trying to get more medications. However, my hunch was that there was something really wrong. Her disc operation had gotten infected and she developed a large abscess within the disc space and surgical site.

Her third and fourth surgeries by me

I had to perform surgery through her abdomen to clean out the infection from the front of her spine. A large bone graft was placed in the disc space to fuse it. A week later I went through her back to finish the fusion. She had now undergone six operations on her back within a span of two years. Her frustration kept climbing.

For weeks after her last operation, her anxiety was severe and the pain was uncontrollable. I had her labeled as “not having a chance of really getting better.”  Neither one of us was enjoying our interactions. Finally, after about six weeks, she began to calm down and I began to talk to her further about the DOC project. I still did not think she would engage in the tools and she had no access to a computer. But I never give up and she kept writing.

Not happy with me

On one of her follow up visits, I was about 30 minutes late. I was extremely busy and I didn’t think it was that much of a problem. When I walked into her exam room, she exploded at me, “I am really upset with you. I feel that when you are late that you are not respecting me.” She kept this up for a couple of minutes.

My historical response would have been to essentially walk out the room and ask her to come back when she was less upset. I just sat there for a minute and for a change I was able to listen. I saw her point. More importantly she had demonstrated a lot of courage to be clear with her surgeon. I looked at her and said, “This is a huge step. As I am the one in charge of getting you through a serious infection, speaking up was a courageous move. I am impressed.” 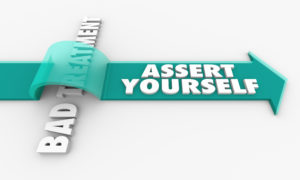 From that day on things changed. She began to write a lot more.  She read Feeling Good and started writing in the “three column” technique outlined by David Burns. Her mood began to improve. She re-established a relationship with her daughter and granddaughter. I continued to be impressed with the transformation of her personality and her pain levels kept dropping. I looked forward to seeing her back.

About four months ago, she plummeted while having some significant medical and relationship problems. She clearly saw the relationship between anger and increased pain but could not let things go. I was relentless and would not let her off the hook. She dove into Forgive for Good, which is the anchor book for Stage 2 about anger. Every visit was a struggle including figuring out her meds for her increased pain. About six weeks into it, she began to pull back out of her anger.

“I Am Not Letting Yesterday Ruin Today”

She came in one day beaming. She was active and off to see her granddaughter. She was in a new relationship that seemed promising. Her pain was minimal. I asked her, “What happened?” She replied that she figured out that whatever was in her past was over. There was absolutely nothing she could do to change it. She had made a decision, “I am not letting yesterday ruin today.”

It is one of the most concise descriptions I have heard regarding letting go and moving forward. I was inspired watching her regain control of her life.