If you are angry, in a reactive mode, it’s difficult to develop a plan. A metaphor showing the impact of anger is how they handle elephants in India. When the elephants are very small, they train them to stay in one place by tying one foot to a stake with a chain.  When the elephant has grown into a huge adult, it will still be held in place by the same type of small stake. They have been programmed to think of the stake as something that cannot be broken. Anger is similar in that it anchors you down and you cannot move forward. Becoming aware of the nature of this bond allows you to break it and you can move on. 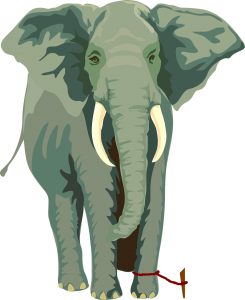 I have yet to see a patient become pain free until they have let go of their legitimate anger. It is the most challenging and rewarding aspect of this whole process. This phase is difficult for me because I have seen so many people succeed that it is discouraging to watch many that are just not willing to let go. The difference in the quality of life for the patients who can process their anger versus those who cannot or won’t is dramatic beyond words.

What makes this process even harder for me to watch is that letting go isn’t nearly as difficult as you might think and the impact on a patient’s life happens quickly. The anger switch is either on or off and there is not much middle ground. Within weeks of crossing this divide there is usually a significant improvement in pain and decrease in anxiety. The difficulty is in initially making the decision to give up the anger. It is powerful and addicting.  Anger: “The Continental Divide” of Chronic Pain 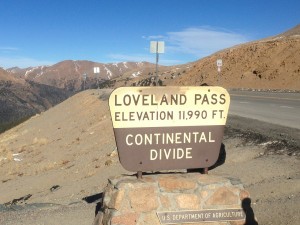 Norma was a middle-aged woman who had undergone four major spine surgeries and still had ongoing pain. I had performed the last two surgeries, each of which gave her about six months of relief. When the pain returned, the new studies were fine and there was nothing I could do to surgically help her. By this time, she knew my lines well, but was not buying the pain pathways idea and that ongoing anger could keep all of her pain fired up. I finally gave up and encouraged her to get another opinion. About a year later I received a jubilant email from her that she was free of pain. Her comment was, “Who would have thought it was the anger?” Once she crossed that line, her pain resolved within a few weeks. She has remarried and is still thriving in the middle of a lot of ongoing personal adversity. She’s moving forward and creating her own life.

I have to let go

I have learned that there’s absolutely nothing that I can do to help them move on. In fact, the more I try to convince someone who is angry to give up their anger, the angrier they will become. This is the point of the process, that I have to let go and hope they will eventually engage. Patience is not the first virtue of a surgeon, but I have learned to wait this phase out. It is surprising and encouraging that many people, months and sometimes years later, suddenly understand and will experience major improvements in their quality of life.

Let go of your anger. You have absolutely nothing to lose and everything to gain.