Bullying is maybe one of the most irrational and unacceptable aspects of the human experience. Everyone at every age, including the bullies, knows it’s wrong. Yet there doesn’t seem to be an effective way to solve it that I’ve seen in my lifetime. Maybe one of the reasons is that it’s good for you.

To be connected to other people is one of the strongest human drives. Humans evolved by interacting with other humans. We also have a deep need for acceptance. This sets up a serious contradiction because our even deeper need is to avoid anxiety.

We try to avoid anxiety, or – if we already have it – we try to get rid of it. One common method we use is to increase our sense of control. Nothing enhances our feeling of control more than by gaining power in some way. This tendency comes out in our interactions with each other; in fact, it dictates much of human relations.

Every child has significantly increased anxiety when they leave home to begin school, regardless of their family situation. They want to be accepted but there is also the greater need to diminish their fear. The need to get rid of fear and gain power is played out in forming cliques, excluding others, and overt bullying. 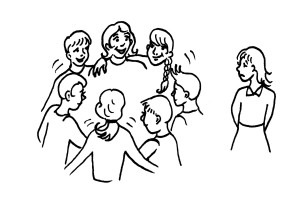 Researchers did a study of students who have been bullied versus the bullies to see if there was any difference in their physiological makeup. They looked at the levels of a substance called C-reactive protein (CRP), which is elevated in the presence of inflammation; it’s often drawn to determine the presence of a hidden infection. Chronically elevated levels also indicate a stressed and overactive immune system. It is not desirable to have an elevated CRP.

The study revealed that children who had been bullied had significantly elevated levels of CRP compared to those who had not been bullied. Being bullied as your introduction to the real world is not a great start. What I find even more disturbing is that the levels of CRP in bullies was lower than the norm. As it turns out, there is both a social and physiological reward for possessing more power. How all of this plays out in adulthood is not subtle. Why would you want to give up power and control? Especially when feeling the pain of anxiety is the other option. (1)

Every child does have a strong need to be accepted, yet what should we make of the fact that it gives him or her more power (and self-esteem) to reject someone else? This is an endless loop, the root cause of which is the solvable problem of anxiety. The myth of self-esteem

I don’t know how you can measure the impact of bullying on our society. The suffering encountered at such an early and innocent age is deep and it’s rampant. Three 16 y/o boys raped a young girl in the Bay Area. What is much more disturbing is that instead of rallying to support her in a time of extreme distress, her classmates turned on her. A photo went viral. She was verbally abused both directly and over cyberspace. “Slut”. “Will you have sex with me?” She is now dead from hanging herself.

I was talking to a patient who was a middle-age school teacher. She was experiencing total body pain. She was clearly a broken woman and could hardly lift her head to look at me. She had been severely bullied throughout middle and high school and couldn’t shake it. The conversation with her was incredibly discouraging.

One of my colleagues had her son bullied badly beginning at age seven. Nothing seemed to work to stop it. Finally, at age 25 he simply gave up. He could no longer tolerate the relentless anxiety engendered by the experience. As sad as his mother was telling me his story, she felt that he was finally at peace. It was an intense moment to hear her say that about her own son.

First, most bullying occurs at a level well below the teachers’ radar. Just being excluded from a group can be devastating. It is not going to be possible to put the responsibility solely on the their shoulders.

Second, our children are at an age where they are discovering and creating their identity. Most of it depends on some type of approval from their peers. For some reason the approval usually needs to come from the person or group who is the least likely to give it. When someone else defines your identity, that person has power over you.

Third, people wring their hands and point out that all of this should be done in the family. There are several significant problems with this thinking. I resent the term “dysfunctional family”. That implies that there are functional families. I have yet to see one. Humans consistently have significant problematic behavioral patterns, and is most deeply played out in the home setting.

Even if a child comes from a less dysfunctional family, they may become targets for the bullies. They are similar to a domestic animal turned loose into the wild. They either fold or become tough. Neither is great.

Fourth, the argument goes that school is an important socialization process. Really?? Going into an environment where peace, love and joy are hammered into the ground does not create a person who is loving and compassionate. They are just learning dysfunctional survival skills. Behavioral patterns set before age 12 are permanent. Bullies as children have a high chance of exhibiting aggressive behavior as adults as well as experiencing chronic pain. Many children with their egos destroyed will live the rest of their lives in fear.

Fifth, home-schooled children have been shown to do well later in life. My observation of several families that have taken it on is the their children are more creative and thrive without the hierarchy of the schoolroom. Here is an example of the work of some close friends of mine. They have been home-schooled and creativity oozes out of them. Beautiful

Sixth, look at what is happening to our society. We have a life that any generation prior to a hundred years ago could not imagine. Are we happier and more loving? We are passing along peace and love to our kids – especially in school. External possessions and accomplishments don’t change human nature. The incidence of chronic pain has skyrocketed in adolescents. (2)

Finally, there is a high correlation between the ACE score (Adverse Childhood Events) and disability. As pain drives anxiety and frustration and vice versa this shouldn’t be a surprise. These pathways are linked. We are not going to solve the chronic pain problem, which is crippling our society, unless we tackle it beginning in kindergarten. (3)

Human behavior and survival revolves around avoiding anxiety. We’ll do anything to avoid the feeling, including holding on to our pain. Any change creates more anxiety. The key is learning to process and live with anxiety, so as to not have such a need for power.

Neuroscience research has shown us the powerful full body reaction that creates anxiety. You can’t control it, but you can calm and re-direct it. It is the core of the DOC process. Anxiety is the pain.

We’re also observing the power of the family in programming behaviors. Were you ever a bully? Do you still intimidate your co-workers, colleagues or family? Could your child’s bullying be learned from you? Were you bullied when you were younger? What effects of it might you be bringing into your current life? Are you often frustrated, angry or upset? What effect do you think it’s having on your quality of life? Do you even want to give up the power of your pain? You might have a legitimate reason to hold on to remaining upset? But who’s continuing to suffer?

I think almost everyone agrees that bullying is a problem. However, we may not be aware that we might be part of the problem. The first step is understanding how your behavior might be perceived by those close to you. I can tell you it is a humbling exercise. A book given to me by a close colleague has had an impact on me. It is called, The Way to Love, by Anthony DeMello. He defines love as “awareness.” How can you meet someone’s need without understanding them or getting to know who that person is. Bullying would be the antithesis of awareness, as you are meeting only your own needs. I read a few pages weekly to remind me of the concepts.

Treating anxiety and anxiety with the correct approach on a widespread basis would have an effect on bullying, your child’s quality of life, and on your life. Commit to your own healing and reach out to heal your family. Watch the impact. 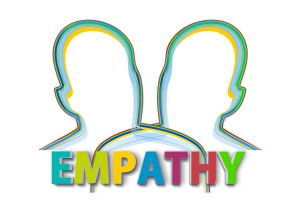 Although bullying is physically healthier than being bullied, it destroys the essence of life, which is healthy, thriving relationships. Bathing your body in reward chemicals emanating from giving back, a sense of purpose and play is a much better way to live.