Playing the victim role is a universal part of the human experience. The word ‘victim’ does not sound very pleasing. However, it may be the one most important words affecting the quality of your life. This is particularly true in the context of chronic pain.

All of us are limited in our ability to do exactly what we would like. Many things limit us including:

It is how you relate to your limitations, which determines whether you put yourself into the victim role. You need to break loose from this role.

There seem to be some people who can stay out of that role even under extreme circumstances. At least it appears that way to me on the surface. One example I think about at least once a week is the story of Nelson Mandela. It is incomprehensible to me that he could be unjustly imprisoned for twenty-seven years and not only forgive his captors, but go on to be a gracious statesman. He placed many of his former captors into positions of power. 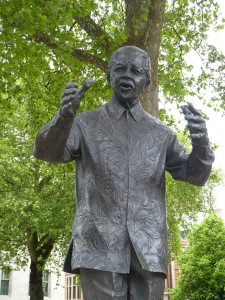 Another dramatic example is that of Viktor Frankl. He was an Austrian Jewish psychiatrist who survived the World War II concentration camps. He lost most of his immediate family. There was a time where he was slated to undergo human medical experimentation. Instead of going into the victim role, he asked himself the question, “What is life asking of me right now?” He found meaning in suffering in the midst of the worst of circumstances. He went on to be a prolific writer and professor after the war. He was able to thrive by letting go.

Not only does remaining angry destroy the quality of your life, it alters yours body’s chemistry so you are constantly full of adrenaline. Animal studies have shown that the conduction of nerves almost doubles under stress, so you actually feel the pain more. (1) Then more pain – more stress. It’s a deadly cycle. The essence of the whole DOC project is calming down the nervous system and optimizing the body’s chemistry. The neurophysiology of chronic pain

I was raised in a chaotic abusive household and my migraines began when I was five-years old. I had crippling headaches every two to three weeks throughout my entire life. What I did not realize that my body was always full of stress hormones and I thought that was the norm. What else did I know? It was perplexing to me that my headaches often were on the weekend when I was more relaxed. What I now know is that adrenaline decreases the blood supply to the brain and when I relaxed the blood vessels would expand. I could feel the pounding of this increased blood flow and it was brutal. I have not had a severe migraine in many years. 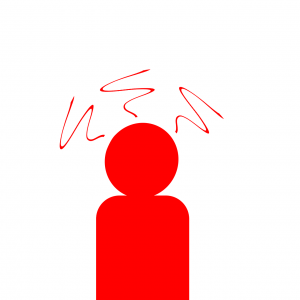 In the context of the DOC project, it’s my patients’ willingness to admit and confront their victim role that allows them to move forward—or not. I can do a lot of excellent work with them in dealing with anxiety, but when it really comes down to letting go of being a victim, they often become completely stuck. It is at this point that I have to let go. There is not much else that can be done until this hurdle is dealt with. I always leave the door open for them to re-engage, and many of them do. Truly acknowledging and letting your anger go is the “Continental Divide” of care. It not only affects your perception of pain but also the quality of your entire life.