Terry was a middle-aged mother of two children whom I met many years ago. For reasons that are unclear, her spine just tipped forward in her lumbar area. She came into my office severely bent forward and tipped to the left side. She had understandably developed chronic pain over the deformity that added to her many years of disruptive anxiety. Her medications included  900 mg of oxycodone and 160 mg of Oxycontin per day. She would come in every two weeks and we would have the worst time getting her prescriptions filled at that dose. We worked for almost six months on getting her meds somewhat stabilized. I had just begun working with the DOC project and there was much I still did not understand. She worked on the expressive writing, sleep, and David Burn’s book, Feeling Good. Her coping skills improved as well as her pain.

She underwent about nine hours of corrective surgery through her abdomen and back. I fused her from the second lumbar vertebra to her pelvis and she was able to stand up completely straight. With a combination of physical therapy, working with a counselor, staying with the basic DOC concepts, and generalized conditioning her pain improved. I was able to wean her down to 60 mg per day of Oxycodone. But I could not get her off of it. Her anxiety remained fairly high. She continued to work with a counselor and pain specialist to wean her off narcotics but she could never completely come off of them.

About three years into treatment she attended the Hoffman Process, which is a seven-day, in-house, intense somatic workshop. Through a combination of writing, visualization, mindfulness, music, and art this Process creates a major shift in one’s nervous system out of anxiety-driven anger. She had a good experience with marked improvement in both her pain and anxiety. But they still persisted and unfortunately, she could not experience being completely pain free. 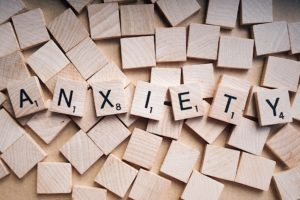 I lost track of her for a couple of years. She continued to work with my friends at the University pain center as well as with a psychologist. She returned to me about a year ago and her spine had “fallen over” again above the prior fusion. Her pain was moderate and her meds remained stable at around the 60 mg of Oxycodone per day. Determined not to have more surgery she worked very hard with physical therapy. Her anxiety continued to be quite significant.

It became clear that we were going to have to do the surgery to straighten her spine. We both decided that she would re-engage in the DOC project concepts before surgery as post-op pain is much less with a “calmed down” nervous system. She also continued to see her pain psychologist regularly.

She came in one week utterly transformed. She was beaming. Something had changed, and her lifelong anxiety had all but disappeared. She had felt it leave over a matter of hours. It had occurred a couple of months earlier, and she was still feeling great. She still had some pain and was bent over to the right – quite severely. It just was not bothering her as much, and she was having the best time being with her family and not being strangled by her anxiety. She put her hands to her throat and released them several times trying to demonstrate being free. She couldn’t express in words how deep the changes had gone.

I was overwhelmed. I had assumed that her anxiety was something that was just not solvable, and my focus was on keeping her functioning in spite of the pain and deformity. I had given up but she had not.

She could not explain what specific factors made the difference. She was finally able to talk to her psychologist about the adversity she had experienced with the nursing staff after her first major spine operation. That seemed to help. She was also using the verbal version of expressing her thoughts. Dr. Wegner in 1987 pointed out that just saying disruptive thoughts is an effective alternative to writing them down and throwing them away. David Burns in his book, Feeling Good, recommends a similar exercise where you stand in front of a mirror and express the thoughts you have about yourself to the person in the mirror. I personally have found that experience both effective and disconcerting. You would never talk to another human being like you talk to yourself.

We had the best talk for half an hour and I “showed her off” to my staff. She even looked 10 years younger. She still required the major fusion to correct the deformity but her post-op pain was less with a rapid rehab.

The answer to chronic pain is that there is not one answer. All aspects of pain must be addressed simultaneously. There is never one “fix.” The neurological circuits are permanently embedded. Just be persistent in using the tools that work for you and let yourself heal.