Behavioral patterns laid into your nervous system are the essence of your life view. Until you become aware of them and their effect on your day-to-day life you cannot connect with the core of you really are. Being around your family usually will precipitate a massive resurgence of these patterns. BTW, any time you are anxious or angry you are in a patterned behavior.

As these family patterns are so familiar it is very anxiety-producing to change or even think about changing them. Your family feels the same way. All parties involved have a vested interest in having you remain unchanged – regardless of how miserable you might be. “Misery loves company” is not a joke. 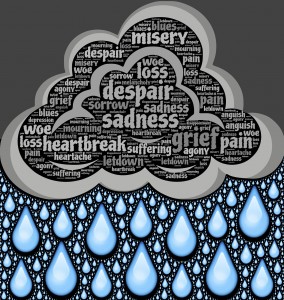 I had a patient who became paraplegic after spine surgery at an outside institution. He had multiple medical problems associated with his paraplegia in addition to suffering chronic pain in his back and legs. Working through the phases of the DOC project had resulted in a significant decrease in pain. Unexpectedly, his bipolar disorder of over 40 years disappeared and he was able to discontinue his medications. The key was addressing his deep anger.  The transformation was dramatic. He felt happier in a wheelchair than when he was bipolar and walking.

I had been seeing him monthly for several years. We had entered the goal-setting phase of his rehab. He was interested in interacting with other wheelchair-bound people to help them cope with their disability. He purchased a laptop computer and started pursuing his dream. Then he called my assistant and told us that he was not going to be seeing me anymore. My first response was to wonder what I had done to upset him. He had truly been an inspirational person. I gave him a call to ask why he no longer wanted to see me.

What happened was that his family from the East joined him for Thanksgiving. Instead of being excited and supportive of his transformation, they destroyed him. They told him that there was no use in reaching out to other paraplegics. They also bluntly reminded him that he had been diagnosed with a bipolar disorder since he was 12 years old and that the disorder is incurable. Finally, the family instructed him to stop seeing me. 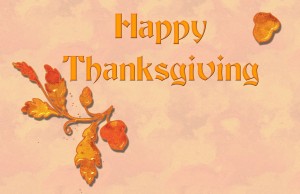 The family environment that contributed to him becoming bipolar was now focused on keeping him that way. His deep changes were upsetting to his family because there was a major redefinition of roles taking place. He had been the sick one. If he could create this depth of insight and healing, why couldn’t they do the same? When he was in his own familiar patterns, which were based on anger, he could not see his anger or theirs. He saw it as clear as day. He had not been chronically angry for over a year and was moving forward quickly. To now see the people you love live in anger was extremely distressing.

Family patterns are passed down from generation to generation.  From birth to age 12, your family environment is “downloaded” into your brain. It is your database for the rest of your life and also your frame of reference. What are your patterns?  Are you being held back by your own patterns that you cannot recognize?  Are you unconsciously making sure that the people close to you maintain a certain familiarity, even though it may be destructive?  Do you have control issues?  Do you feel controlled?  (For more on this, you might want to check out My Interpretation of Hoffman.)

Wake up. Your life will not improve until you become aware of your behavioral patterns and the impact they have on those around you.  If you are chronically angry, you cannot see anything clearly.

I had a great discussion with him and he continued to see me for about six months. The phase of breaking free of his family patterns was challenging. In order to break free, he had to first recognize that he was trapped. He was undertaking a significant step, one that I’ve talked about before in “ Anger: The Continental Divide.”

Personally, I had never understood how strongly these family patterns could hold you down.  I thought his family would have been ecstatic. He was happy for the first time in his life. His family was not. The crab bucket

Back into the abyss

I am rewriting this story after about a year. For about six months his mood and pain were great and rehab was moving forward. The anger returned for reasons that are unclear. He was never completely the same after that Thanksgiving holiday. He did quit seeing me, his anger consumed him. His pain returned and his mood turned black. I don’t know all of the issues that pulled him back into the abyss but his family was a significant part of of it.

What effect is your family having on your journey? Are they your cheerleaders – or not?