Loneliness and social isolation may some of the worst aspects of suffering from any chronic illness. Over 50% of Americans are socially isolated regardless of where they live or the size of the town or city. It is ironic in that social isolation is such a significant contributing factor to poor health in this modern era. It is also dangerous. It is estimated that the effects on one’s health is equivalent to smoking about 15 cigarettes/ day.1 Sadly, the age group that is the most affected are those in college and in their 20’s. This stage of your life has the potential to be the best of times. 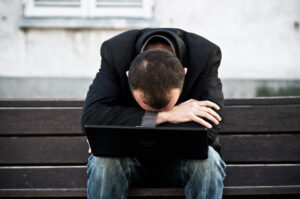 When suffering from crippling anxiety and other physical symptoms, you spend a lot of your conscious hours looking on the Internet, seeking medical care, trying different treatments, and discussing your problems with anyone who will listen. Why wouldn’t you? Your life has been consumed and you want it back. Unfortunately, in spite of your best efforts to move forward, from a brain development and physiological perspective, you are moving the wrong direction. Here are some of the effects:

The effects of social isolation are deep. They go right down to the expression of your DNA directing the production of proteins that are the essence of life. There are about 20-30 genes that effect the production of certain white blood cells called monocytes. White blood cells are at the core of fighting foreign material in your body, including cancer cells, viruses, and bacteria. There is an over-active form of them called, “warrior monocytes” that are too aggressive and also attack your body’s own tissues creating many diseases states and symptoms. Anxiety is one of these inflammatory states. The most powerful factor causing the creation of these cells is social isolation. The second factor was chronic stress (anxiety).2

Humans evolved by having language and being able to cooperate through social connection. It is the reason we are so tribal, and unfortunately, we haven’t evolved enough as a species to view every person as part of the human tribe. There is an evolutionary basis for excluding groups of people, as we compete for resources. That being said, social connection is a deep need, and it is expressed in your physiological state.

Another paper out of UCLA reported on a study where a volunteer was placed in a special MRI scanner called a functional MRI (fMRI). It highlights area of increased brain activity. The volunteer then played a computer-based video game where he or she was in a game of three-way catch. The computer was programmed at a certain point to exclude the volunteer and the ball was “tossed” between the remaining two players. The volunteer did not know the other two players were just the computer. Guess what? Even though it was just a computer game, and the volunteer could not physically see the other players, the centers of the brain that are active in chronic physical pain lit up. In other words, emotional pain is processed in a similar manner. 4

The catch-22 of social isolation

I will only say that becoming socially isolated and feeling lonely was one of the worst aspects of my 15 years of suffering. The only word that slightly described the feeling was, “crushing.” I began to experience deep self-deprecating thoughts that revolved around, “why would anyone want to hang around with me?”, and “I don’t have anything interesting to say.” These thought patterns were endless. This occurred despite me generally being very social person. Just the feeling of being lonely felt like an Abyss and was paralyzing with regards to re-engaging. I really could not see an end to it.

I noticed very early on that my patients would check off, “re-engaging with family and friends” as part of their healing. Social interactions are tricky in that you be rejected sometimes and hence one of the reasons people have social anxiety. It is greatly magnified when you are already experiencing chronic mental and/or physical pain. So not only do you not have the energy to reach out to others, feeling inadequate may also contribute. Here are some suggestions.

Then just move forward in any way that you can. 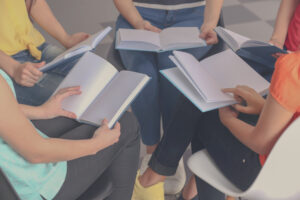 Loneliness is crushing and both a contributing factor to chronic illness and also a result of it. A significant aspect of healing is reengaging with those around you. What makes this all the more difficult is that while you are suffering, you may not have the interest or energy to reach out to others. Then if you are still in the mode of discussing your troubles, you will push people away who can nurture you, or attract others who are also frustrated with their suffering, and they will pull you deeper into The Abyss. This cycle is deadly.

That is why you must empirically make decisions to keep reaching out and connecting regardless of how you feel. You will feel awkward, especially when you have taken medical conversations and complaining off of the table as topics. The connections can be as simple as a phone call, reaching out to old friends, or joining a book club. The key is doing something – anything to reach out and break out of your patterns.

Humans and language evolved through language and social connection. It is one of the most basic of needs. Actively reaching out and giving back is a powerful move to stimulate your brain to rewire and heal. To have a good life, you must live a good life. It requires practice.