There are serious mental and physical consequences from being bullied.

What would be the outcome of a scenario where a stranger or acquaintance walked up to you and began to call you names and shove you. Maybe they even hit you? What would you do? You would call the authorities and the perpetrator would be charged with assault. If it was a first offense, there might be a light penalty and stern warning. However, if it was repeated, he or she would incur a much stronger penalty–maybe even prison. 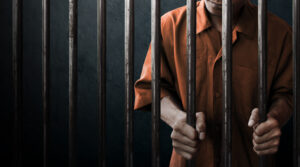 This behavior is unacceptable at every level in the adult world, although there seems to be an increasingly common trend called “mobbing.” In this situation, co-workers or colleagues with gang up against a fellow worker and harass them.

Why is any level of this behavior tolerated in childhood? Any of it? I don’t have to give examples because every one of us has either witnessed bullying, been a part of it, or been a target. What is remarkable, is that the attacks are often emotionally intense and can involve physical contact. Usually, it is repetitive and can last for years. Make no mistake, the scars are permanent and there is a medical case that bullying should be treated as criminal assault right from the beginning, regardless of what age it begins. This does not necessarily mean severe consequences at the beginning but a clear pathway of consequences needs to be laid out.

Early on, it is the parent’s responsibility. Where are the kids learning this behavior? Who are they imitating? Are they being bullied at home? Remember, the basic role of a parent is to provide a safe, nurturing, and secure environment where everyone can thrive.

The consequences of being bullied

The core issue driving chronic disease, whether it is mental or physical is the body’s survival response to chronic threat. The solution lies in creating safety. Some of the consequences of remaining in a survival state are elevations of:

A 2014 paper out of Britain obtained 50–year follow up data on 7,771 participants whose parents reported bullying exposure between ages 7 and 11. Here is a partial list of the consequences and they were more severe if the bullying was frequent vs. occasional. (1)

One of the stark facts is that 28% of children had been exposed to occasional bullying and 15% had been frequently bullying. That is high percent. Life isn’t fair and the kids who were bullied were more likely to suffer from the following problems.

Another paper by the same author looking at the same group of people who had been bullied showed that women who had been bullied showed elevated inflammatory markers and a higher chance of obesity, which leads to a host of other medical problems. It is becoming increasingly clear that persistently elevated inflammatory markers is associated with almost every chronic disease state­–both mental and physical. (2)

Over 40% of the population was exposed to some level of being bullied in this study and there are numerous other studies documenting the often devastating mental, physical, and social consequences. Why do so many people bully others? I could never figure out why someone would treat another person in a way that they would not like to be treated themselves. There are several reasons with the wounded chicken in the coop being one example. Animals of all species instinctively weed out the weaker members of the group.

But humans have consciousness and have the capacity to override that impulse. But another problem is that when you are angry, the blood supply shifts away from the thinking centers of the brain and you cannot think clearly. You revert to non-human animal behavior and it is destructive. Anger is only about self-preservation and is temporary insanity.

The rewards of power

There is also a physiological reward for being bullied. One study showed that children who had been bullied had higher levels of  inflammation as measure by a blood test called C reactive protein (CRP) than children who had not been bullied. (3) As noted above, these levels can be sustained well into adulthood. What is more disturbing is that the bullies had significantly lower levels of CRP than students who were left alone. My assessment of this situation is the answer for anxiety is control, so as to take evasive action to survive. Anxiety is an inflammatory process. So, the more power you possess, the more control you have. What we call “socialization” in school is an early and ongoing power struggle. It is not subtle how this behavior carries into adulthood.

Kids will be kids

This is deadly phrase. It covers up a multitude of wrongs that have lasting consequences. Multiple studies have documented the issues. Many efforts have been made to clamp down on bullying but we all know how pervasive it is.

I am not going to list all the possible solutions and certainly many efforts had a lot of success. But they don’t go deep enough and don’t have the necessary reach. Why?

Parents hate bullying. They feel helpless. Teachers hate it. They can only do so much and unfortunately bullies love it when people try to stop them. They now have a lot of attention and control. Just policies and light penalties are no match for them.

It is a crime

I am not a fan of our criminal justice system. Teaching life skills to those in prison is critical and it is not widely being done. So, these comments are made with this in mind – rehab first. However, in addition to the “zero-tolerance” approach that has been attempted for over a decade, bullying is a crime and should be treated as such. It is the logical starting point.