During the last few years of practice, our team became extremely aware of the effect of chronic pain on the family and the family dynamics around pain. When a patient is in a survival mode, he or she loses awareness of the needs of those close to them. Conversely, the family is often worn out from being around someone in pain, and no matter how much they love him or her, relationships suffer. We have noticed that even if a patient actively engages in the tools of the DOC project, the family dynamics are the strongest triggers keeping a person in pain and it’s the trump card. However, once the family understands the neurological nature of pain and the principles behind the solution, the healing energy generated by the family is powerful and patients can move forward quickly – along with the rest of the family experiencing a better quality of life. Often, the new environment is enjoyable at a level one had never experienced.

I have also witnessed several families re-uniting. Here is one of these stories.

Bill was a middle-aged executive who has experienced many stress-related physical symptoms. He had a structural low back problem that required a multiple-level decompression. He had severe pain in both of his legs that completely resolved with the operation.

He initially was not open to any of the ideas of the DOC project, but his pathology was so severe that I proceeded relatively quickly instead of having him go through the rehab prior to surgery (prehab). About a year later all of his pre-op symptoms recurred. I offered him a three level fusion to relieve his leg pain, but I was also suspicious he had triggered his old pain circuits. Although he was initially resistant to the rehab concepts, the magnitude of the recommended operation cause him to reconsider and he felt he had nothing to lose. Surgery was still on the table because his bone spurs were quite impressive.

WHEN A PRIOR PAIN CIRCUITS ARE TRIGGERED YOU CANNOT TELL THEM APART FROM THEM BEING CREATED BY A STRUCTURAL PROBLEM. THE PAIN IS IN EXACTLY THE SAME LOCATION AND HAS THE SAME INTENSITY – OR WORSE.

Within two weeks his pain abated and by six weeks it disappeared. What had fired up his nervous system and pain were problems at work, as well as serious issues with his marriage. A few months later his wife left him. Although he accepted his responsibility for her needing to leave he had a difficult time dealing with it. However, his pain didn’t return and he was becoming more proficient at using his tools to keep his nervous system calmed down. For me, this was all surprising because I had assumed that we would still be performing a surgical procedure.

Waking Up – his wife returned

Over the next couple of years he worked with a pain psychologist, psychiatrist, and with the DOC concepts. I saw him about every 4-6 weeks. Not only did his pain continue to remain minimal, his entire personality transformed from being obsessive and controlling to extremely warm and engaging. (Of course, it was always there) He came off all of his psych meds. One day he came to the office and he was beaming. His wife was coming back. This was the second couple I had seen re-united over a short period of time.

Fantastic to see you. During our meeting today, Sarah e-mailed me her travel plans. She leaves Wisconsin Monday, driving the car I bought her before we wed. Nevertheless, my outlook is “open hands”. (David Burn’s concept) I can be and am happy (enough) on my own with or without Sarah. Or with or without any romantic partner, I stand on my own.

I checked the DOC site for the printed version of Back In Control and I just bought it. As a DOC project participant, I want to share some of my experience.

I’ve nearly eliminated my physical pain and my residual “background” pain from psoriatic arthritis NO LONGER HURTS. This pain no longer gets to my emotions, UNLIKE the princess in The Princess and the Pea. But I still feel exquisitely vulnerable to emotional pain. To me, emotional pain really hurts badly. There’s just no other way to describe it.

But I have made progress. And just as in life my progress is NOT a straight line. I’ve had setbacks followed by advances then a stumble – just like real life. Here is what I credit, first and foremost. 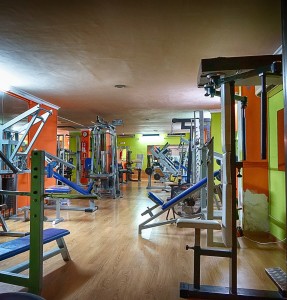 Third: I read. (For the record, the very first book that I read was: Back in Control.  Were it not for Back In Control by David Hanscom I wouldn’t have been nearly as motivated to read all these other books:

Needless to say, I hadn’t read a single one of these books before embarking on the concepts presented in The DOC Journey.

Lastly I’ve got a personal recommendation –  cry. Not like an actor on TV, I mean really cry. And cry hard. You will feel better. It might take 3 hours or 3 days, but you WILL feel better. Show me a man with no cry in him and I’ll show you a severe case of deadly fired up nervous system and denial!

One item:  The “think positive” myth:

I know it’s just bull but I can clearly describe why…it’s about phonyness… or trying to pretend something bad is actually good? I mean this section on DOC delves into the fallacy of positive thinking:

Can I convince my dad to stop saying, “think positive son!?” Maybe I’ll let him say his thing and ignore it. I once tried to articulate this point to my dad, but I couldn’t clearly describe the fallacy of the “power of positive thinking”.

My perspective on Bill’s journey

There are numerous points I could emphasize about his transformation, as it has completely enveloped him. I would like to touch on a few.

The first point is that he clearly expressed what I have observed for a long time: Humans consciously and unconsciously will do whatever it takes to avoid emotional pain. That includes experiencing physical pain, even if it is self-inflicted. I feel this is one of major reasons that patients won’t engage in that you have to learn to feel pain in order to move through it.

2 – Anyone can get better

The second is that with persistent engagement in the healing principles most people improve. It’s a matter of time and commitment. He was in as bad a mental and physical state as anyone I have worked with. Now he is pain free and thriving.

The third is that one of the core symptoms of NPD is obsessive thought patterns. This is a huge problem in that it also the symptom that blocks treatment. The one variable that predicts success is openness to engagement. In chronic pain, you’re legitimately angry and your mind is going a thousand miles an hour. It interferes with rational thinking. Some of the more common thoughts I hear are:

“You don’t believe me”

Then when I tell them that their spine has degeneration that is normal for their age and surgery isn’t indicated, they will often explode with anger. As I am not offering them an operation or a procedure I must not really believe that they are experiencing severe pain. I do believe them, but there doesn’t seem to be anything I can do to convince them to at least learn about the nature of chronic pain. I feel badly, but I have to let go quickly and hope they’ll circle back around again.

It took Bill over a year to be open and a few months to really immerse himself in NPD principles. I don’t know why he decided to engage, and I don’t think he does either. I do know that he is one of many examples that keeps me fired up about moving forward with this project.