This is a video that we shot of Mark Owens, who wrote the Forward of my book. I’d like to give you some additional background to his story, both from his and my perspective. He is a PhD scientist who has spent his life addressing environmental issues. At age 29, driving a battered 3rd-hand Land Rover, he and his wife found their way into some of the most remote reaches of the Kalahari Desert of Botswana, and later, the Luangwa Valley of Zambia. There they conducted wildlife research on lions, elephants, hyenas and migrating antelope, and established model programs to protect these animals from commercial poachers while raising the living standards of indigenous people. After 23 years, he accomplished his vision, and his work still continues on through the structure he put into place and the local people he trained to carry it on. His story is reflected in his books, Cry of the Kalahari, The Eye of The Elephant, and Secrets of the Savanna . 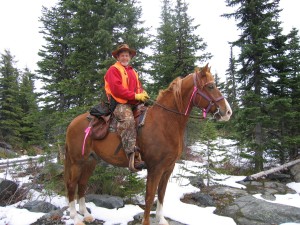 Back in Idaho after more than two decades, he purchased and restored a large piece of land and its wetland in Idaho as a wildlife preserve for wolves, grizzlies and other wildlife. He also reversed much of the environmental damage done by indiscriminate ranching and logging practices. His commitment to making the world a better place is remarkable.

The horse accident, as he related in the Forward of my book, occurred while searching for grizzles on his ranch in the Cabinet Mountains of Montana, and his injuries were severe. A fractured spine represents severe trauma, but it isn’t nearly as painful as a crushed chest wall. After the surgery, he developed severe chronic pain for over nine years. Why?

Here are some points that I want to add to his remarkable story of healing.

Although this was a major injury, the usual post-operative course for a fractured spine is moderate to severe pain for a couple of weeks and then it usually resolves in about six weeks. From a surgeon’s perspective, he was the “ideal surgical candidate.” He was extremely motivated to get better, which is true for almost everyone in pain. However, there were a few details that were missed, and no one asked him the right questions.

First, he was under a large amount of stress. He left Africa after corrupt government officials and poachers had plotted his assassination for the third time.  And in Idaho, hunters and ranchers resented his conservation efforts on behalf of predators that they perceived as a threat to their domestic stock. Under less stress, it’s unlikely he would have developed such severe chronic pain. He’s really tough. Few people on this planet would have attempted what he accomplished in Africa.

Second, after he developed chronic pain from the first operation, a second one was performed to address degeneration at the lumbar 2-3 level just below his prior thoracic surgery. The surgeons performed a fusion with a known success rate of less than 30% for disc degeration. It has been well-documented that disc degeneration is not considered a source of pain.

Additionally, it has also been demonstrated that performing surgery in the presence of ongoing chronic pain of any kind, can induce pain at the new surgical site or worsen the pain at the surgical region. (1) His pain become dramatically worse.

Third, several surgeons had recommended surgically breaking his spine in two, re-aligning it and fusing him from his neck to his pelvis. One surgeon referred to the procedure as the “Blue Plate Special.” If a one-level fusion had made him worse, what do you think a 12-hour procedure with a high complication rate would have done to him? From my perspective, the decision not to recommend surgery was easy. His spine showed disc degeneration that was normal for his age. There was nothing to operate on. 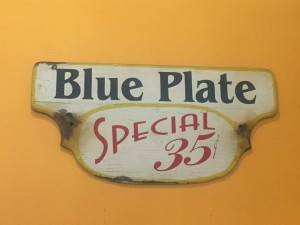 Fourth, although he was not without some hope, he was quite skeptical and he didn’t really believe me that his pain was solvable, with or without surgery. The DOC project is not about believing in it or not. It is simply a framework that allows the patient to more clearly and readily sort out his or her scenario, and find a solution. The principles are universal and hold true regardless of how you feel about them. The key is to engage and move forward.

Fifth, his healing was dramatic, which many of my patients find discouraging because they don’t have an immediate response. Most people don’t, and I have observed that the process generally begins to create change over three to four months. Maybe one out of twenty people experience such a rapid response. The key is persistence.

Sixth, there are over 1000 research papers that document the effectiveness of expressive writing. (2) There is no debate that it improves mood, performance and lessens over 30 possible physical symptoms. The issue is how and why it works. Conversely, there is little evidence that a spine fusion is a solution for back pain. The success rate is less than 30% at two-year follow up and has never been compared to carefully structured non-operative care, such as the DOC program. (3) Unfortunately, insurances don’t cover most of the treatments that have been demonstrated to work.

Finally, his life wasn’t perfectly pain free after the initial healing. Unpleasant circumstances will cause your body to be full of stress chemicals, which increases the speed of nerve conduction and increases pain. (4) We worked through several major flare-ups together and eventually he acquired the skills to pull out of these flares on his own.

We have become close friends and we now support each other. Not only is he doing well over four years later, he’s thriving. The cost of healing was negligible for him and society. The risk was zero. I feel privileged that I was able to give back what I learned through my own ordeal with chronic pain. Watching people connect with their own healing capacity continues to be a remarkable experience.

Forward to Back in Control