One of the most sobering aspects of my journey in and out of chronic pain was my lack of awareness of my emotional state. My childhood wasn’t nurturing and I was surrounded by anger. Since it was my baseline environment, I didn’t define it as anger. I didn’t enjoy the situations, did my best to avoid it and worked on developing an identity remaining calm regardless of the degree of stress. It initially seemed to work pretty well. The problem in retrospect was that I became connected to my self-image and wasn’t connected to my real emotions. I was a master at suppressing them and developing different disguises. The most common one was, “I’m just frustrated.” But since I was “right”, it didn’t occur to me that it could be anger. It’s remarkable how effective I was at “being cool under pressure.” But I would intermittently become overly upset out of proportion to a situation and I was developing multiple physical symptoms.

A few years ago, I evaluated a retired businessman for pain down his right leg. It had begun about eight months earlier. The pain was moderate but frustrating. He had not experienced prior back problems and wasn’t used to being limited by pain. It was unclear what might have precipitated it. His wife accompanied him.

I mail an extensive twelve-page spine questionnaire to my new patients. It includes questions about sleep, stress, work, as well as medical and family issues. I noticed before I walked into the room that he had only filled out the part of the form dealing with his spine pain and medical problems, but he had skipped the questions that dealt with any personal issues. I looked at the MRI of his lower back before I walked into the room and noticed that there were some small bone spurs, but they were on the opposite side of his body from his pain. This meant that I did not have a structural explanation for his symptoms and surgery wasn’t an option.

I walked into the room and explained that I needed to have him fill out the rest of the intake questionnaire before I could finish in the evaluation. I walked in about five minutes later and he stated that he didn’t want to fill the personal profile section because he wasn’t a chronic pain patient. I took about ten minutes to explain that even if there was a structural problem that I could fix, I felt that surgery was only about a third of the solution, rehab and conditioning was a third, and that dealing with the central nervous system was at least a third of any solution. I also explained the phenomenon of phantom limb pain and that after six months of experiencing pain, memorized neurological circuits were a problem. It was my wish to give him the best chance at a good outcome with or without surgery. I hadn’t even gotten to the fact that I didn’t see anything I could operate on and that I needed to order more tests.

Well, to make a long difficult story short, he started to scream at me that he wasn’t angry and that all he needed was an operation to solve the problem and to get on with his life. He had a long vacation planned in three weeks. He turned to his wife and said, “Well Mrs. X, what do you think about what he’s saying?”  Her reply was, “I think you’d better listen to him.” I finally had to bring in my most experienced nurse to talk to him. She couldn’t calm him down and I offered to have him see one of my partners. 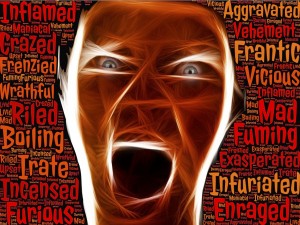 I have watched countless patients succeed and fail at surgery. If I perform surgery based on unclear pathology, it almost always fails. If I operate on patients who have refused to engage in at least part of the overall rehab program, the results are OK, but frequently not great. The patient will often become focused on the small amount of residual pain or pain in another area of their body and are often still unhappy. My patients who fully engage in the rehab program usually become essentially pain free. This includes both surgical and non-surgical patients. If there’s residual pain, it isn’t a major issue and they move on with their lives.

What should I do?

I wasn’t happy about any part of the interaction with this angry patient. I am continually challenged by my inability to break through to a given patient in a situation like this. Should I have waited to present my rehab concepts until the second visit after the diagnostic testing was done? Would it have been better if I requested that a new patient read about my rehab approach before they meet me? Should I just proceed with surgery knowing that the results are not what they could be? I understand the problem. My patients are in pain and they are looking to surgery to bail them out. When that option is taken off of the table, it would be surprising if they weren’t upset.

Ongoing pain is enough of a problem that it creates anger regardless of who you are. You are trapped by physical unpleasant sensations and it magnifies other life stresses.  Somewhere between three to six months into this process, while working through anger issues, the pain will often markedly abate. I don’t wait until that point to perform surgery if it’s required. I just need to have a working relationship with them. Know your surgeon – before surgery

The DOC project is an evolving process and I’m also a work in progress. Anger is the major obstacle to healing because it blocks learning and engagement. I remind myself every time I encounter this lack of connection to one’s emotions that I was in the same situation for decades. Now I work on becoming aware of the different forms the emotional disconnection takes. They are subtle and endless. Thinking I have “resolved” my anger issues is the biggest problem. My ongoing challenge is to continue on my own daily journey and see when and where I am blocked. In doing so, I will have a much better chance of figuring out some better approaches. Awareness is the cornerstone of relationships, life and healing. Becoming aware when you might be unaware is a critical part of it. 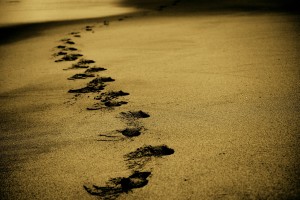