A friend of mine asked me for an opinion a couple of years ago about his back. I was giving him advice as a friend, not as a surgeon. He was having some pain and numbness down the side of his leg. It was down the distribution of his 5th lumbar nerve root. His MRI scan showed that there was a bone spur between the 5th lumbar and 1st sacral vertebra as it exited out of the side of the spine. It was surrounding the 5th lumbar nerve root. It was my feeling that surgery might help but I also thought he might avoid surgery with certain exercises that flexed his spine and also working on some the Neurophysiologic Disorder (NPD) principles.

He elected to go ahead with surgery. He improved for a couple of months and the pain returned except that it was worse. He then underwent a second operation about six months later that did not help and in fact worsened his pain. He asked me again what I thought he should do next. About six weeks before I talked to him he had fired everyone and stopped everything. No more doctors, medications, or surgery. Within a week of making that decision his pain disappeared. He had taken complete charge of his care.

What makes his story more interesting was that when I looked at the MRI scan done after his second operation the bone spur was still there. The surgeon had missed it. He had worked on the middle part of his spine freeing up the 1st sacral nerve root, not the L5 nerve root. He had needed to remove the bone spur out to the side of the spinal canal, not the middle. He should still have been in pain. 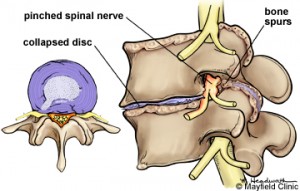 I treated another woman a couple of years ago who had pain down both of her legs in the pattern of the L5 nerve root. She had resisted the DOC project for a long time. She decided to undergo surgery to free up both of the L5 nerve roots. She did have significant spurring touching both of the nerves. When she made the decision to have the operation she also finally engaged in the DOC project. When she came in for her pre-operative visit her leg symptoms disappeared. I cancelled her surgery.

They Both Had Structural Problems

In both of these cases there were structural problems with matching symptoms. In the first case, if the L5 nerve root had been correctly freed up his pain would have disappeared after the first operation or the second operation. As the bone spur was never removed it now was clear that he could have gotten the same improvement without any surgery. With the second case she would have also done well with surgery. Both of them solved their own problem with engagement and taking charge. That is why my book is titled, “Back in Control.” Every patient I have seen get better has taken full responsibility for their pain and care.

When your nervous system calms down utilizing Neurophysiologic Disorder principles the threshold for sensing pain is raised. I am sure that the structural lesions in their spines are still firing pain impulses to the brain. It is just that they are now below the elevated pain threshold and are not interpreted as pain.

What did they do? They both took charge of their problem. They took control, which instantly decreases anxiety. That, in and of itself, is a major step in calming down the nervous system. Their pain did not just decrease; it disappeared. In the future there is a chance that the symptoms will re-appear under a certain level of outside stress. I am now used to having my patients go through the steps that originally calmed them down and the symptoms will reliably disappear. Remember that pain circuits are permanent. I also reassured them that if the symptoms don’t diminish I could always perform an operation. 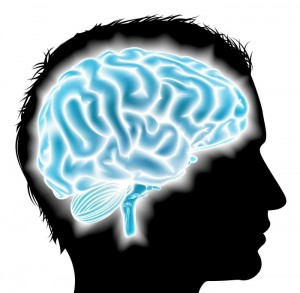 Why Not Just Do the Surgery?

You might be asking, “Why not do the operation and then they would not have to worry about it in the future?” There are a several reasons. First, even with a successful operation it is common for pain pathways to get fired up under stress, even if there is not a recurrence of the structural problem. Second, even the simplest operation has risks. I could write a book of simple operations going bad. Third, with spine surgery you always cause the formation of scar tissue that can be permanently irritating. You are just better off avoiding surgery if at all possible. Video: “Get it Right the First Time”

The Change in My Thinking

I witnessed over one hundred cases similar to these two. It has caused me to change my thinking about the timing and role of surgery. I use to think that surgery was always required in the presence of a structural problem. My conversation with my patients would be, “Let’s get the surgery done and we’ll work through the rehab later. You cannot rehab a structural problem.” Now my discussion is, “I am happy to perform your surgery but I have seen patients go to pain free even in the presence of a structural problem. If we can calm down your nervous system your post-operative pain will be less and easier to control.” We now have decided that we will not perform elective surgery until a given patient has been involved in addressing his or pain in a structured manner for at least 8 to 12 weeks. Our outcomes have been much more consistent.

I am a surgeon. My thinking around the DOC project is continually evolving. The idea that a person could raise their pain threshold enough to avoid surgery simply by taking complete charge of their decision-making has been surprising to me.