Your body is a lean and mean fighting machine. That is all it is designed for and intended to do. We somewhat cheated nature in that we possess consciousness and language so we are able to control and manipulate our environment to our advantage. Human consciousness is a recent development. Dinosaurs lived between 160 – 200 million years ago. Consciousness has been around for less than 40 thousand years. Consequently, we rule. Humans are at the top of the food chain.

The central nervous system is the command center that translates all sensory input into chemistry and action. Any threat is met with varying degrees of a survival response. The problem of human consciousness is that this automatic unconscious reaction can be set off by just thoughts. So whether the threat is real or perceived the chemical response is the same. That is why thoughts are real because they immediately create physical responses but they are not your reality. The neurophysiological basis of pain

They become your reality if you do not recognize thoughts as simply thoughts because with repetition they become deeply imbedded in your nervous system. Your whole life will become run by your belief systems. You cannot see past them and instead of being connected to your environment and those around you, you are more attached to these stories. How else can you explain a significant percent of human behavior that is terrible? I do not need to provide examples. We intellectually know that many activities we engage in are simply wrong but that does not stop us. We rarely keep New Year’s resolutions. We regularly do things that we would never want our children to do? Do you think anyone addicted to a drug or behavior wants to be that way? No!! So why do we consistently act this way?

It is because the unconscious brain is about one million times more powerful than the conscious brain and the bodily reactions are strong. Any stress will be perceived as a threat with a corresponding physiological response. Since you cannot escape your thoughts you will become progressively buried by anxiety under this onslaught of consciousness. The progression of thoughts may be the basis for developing chronic pain. Attempting to control this massive reaction with a conscious response cannot work – and it doesn’t. It is like trying to stop a long freight train with car brakes. (1) 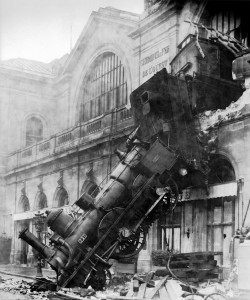 Consider what what your nervous pulls off second by second. Every muscular movement is balance by and opposite force. For example, when your biceps fire the triceps is also firing almost equally as hard to regulate the movement. When this sequence is out of balance you will experience spasticity. Blinking, balance, swallowing, speech, dilation of the pupils, heart rate, digestion, bladder function are examples of the complexity of this complex and elegant system. Avoiding actions that would cause pain is another example. When you are sitting in a chair your brain is telling you to keep shifting positions so your skin does not break down.

You cannot solve your mental or physical pain with will-power. You cannot win the battle with the unconscious brain. But once you are aware of this scenario, you can redirect your nervous system to form in a more enjoyable direction and it can happen quickly.

For example, I was working with a group that is focused on spreading compassion. It is a great concept and there is benefit in reminding people that it is important. But all of us already know this. I have long-observed, both in me and others, that when you become angry (ultimate survival response) most of the time compassion is simply buried. You may feel terrible later about your outburst but the odds are high that you will act the same way in a similar situation. It is also hard to see your effect on others because it is all about you.

The need to become aware

To solve this problem, you have to first become aware of and feel your automatic survival reaction to stress and substitute a more functional response. Without this awareness, you have little chance of creating a happy life. It is the basis of stimulating your brain to structurally change. You must first become aware, separates and then substitute a more rational response. It is one of the reasons than the exercise of expressive writing may be effective. You are aware of your thoughts and physically separated from them. In that physical and time space you are able to substitute a more functional and possibly more enjoyable response. With repetition your brain will physically change structure. It is well-documented that your brain will decrease in size while in chronic pain. Fortunately, it re-expands after the pain is gone. The descriptive term for this process is, “neuroplasticity.”

We need to figure out how to deal with this imbalance between the conscious and unconscious brain soon. We will do anything to avoid the deep feelings and physical sensations that are generated by thoughts. That is why so much of individual and societal behavior is irrational – and destructive. We want to avoid pain. Nothing else matters. I think our conscious brain has the capacity to figure this out – once we become aware of the problem.